Accessibility links
Who Is Arcade Fire?? : All Songs Considered The band may be adored in indie rock circles, but Arcade Fire's Grammy for Album of the Year lit up the Twittersphere and Facebook with comments from baffled people who've never heard of the band. 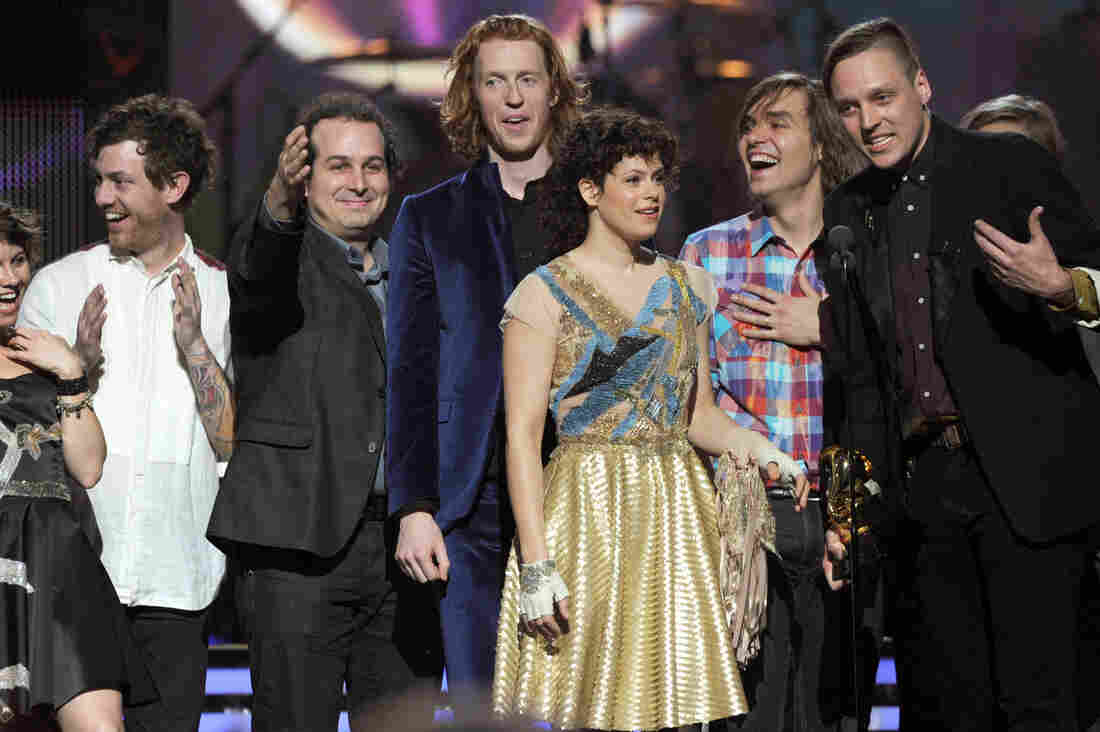 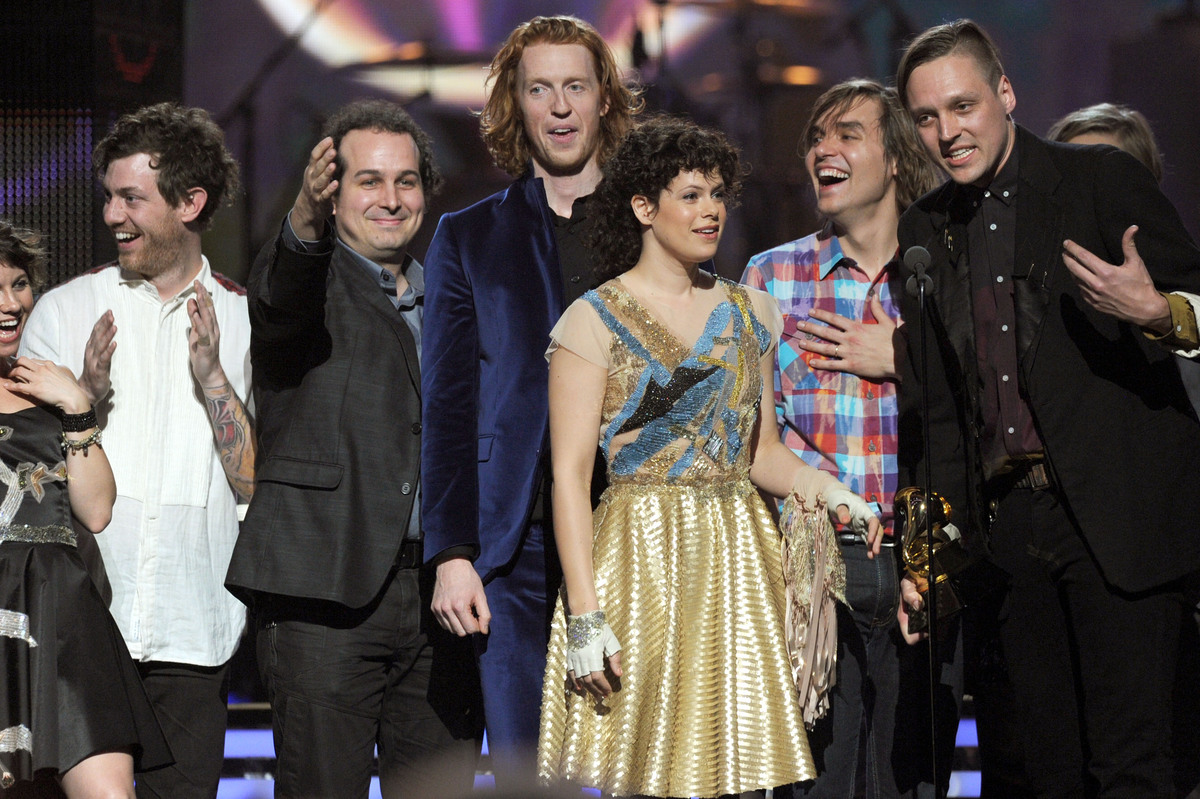 Arcade Fire accepts the Album of the Year Award for The Suburbs onstage during The 53rd Annual Grammy Awards.

Arcade Fire may be adored in indie rock circles, but the band's Grammy for Album Of The Year lit up the Twittersphere and Facebook alike last night with comments from baffled people who've never heard of the group.

Now, not even 24 hours since the announcement, a Who Is Arcade Fire? Tumblr exists (some posts NSFW). The blog currently contains two pages of screen-captured tweets and Facebook exchanges regarding the hugely-popular band's relative "anonymity." The posts range from those blatantly outraged:

... to the strangely irrelevant:

LOL @ all the nobodies at the Grammy's. wtf? ARCADE FIRE? I'm sorry it should've won the stupid name award.

... to the bored and indifferent:

album of the year ? ummm never heard of them ever

What do you think about Arcade Fire winning the Grammy? Were there any big winners you'd never heard of?

You can find a lot more about Arcade Fire in our archives, including a live concert, interviews and tons of reviews. All Songs Considered listeners also picked Arcade Fire's The Suburbs as the best album of 2010.