Accessibility links
The '90s Were Awesome! Or Were They? : All Songs Considered Now that Beavis and Butt-Head are coming back to MTV, it seems like a good time for us to look back on the '90s and some of the music that defined the decade. 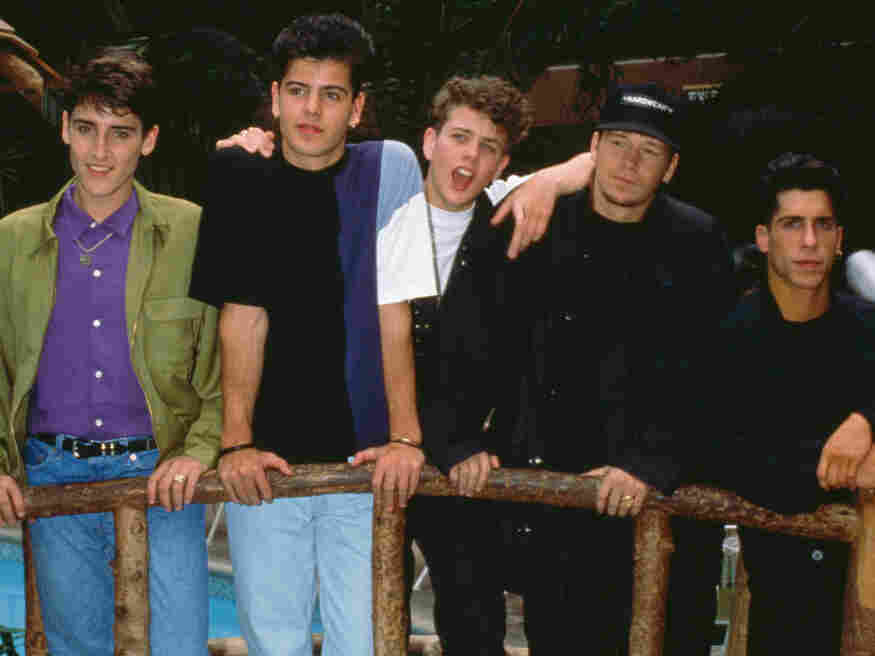 New Kids of the Block in London, back in 1990. Dave Hogan/Getty Images hide caption

A few years ago, we asked our listeners to pick the best year ever for music. Not surprisingly, 1977 was a popular pick, thanks to the birth of punk. Several years in the '60s were among the most-chosen for all the classic rock albums that came out. The '80s were almost a complete bust, which led to our show that asked, Were the '80s Really That Bad? (Short answer: Yes).

Bob and I recently dusted off those poll results for another look and noticed one thing we hadn't given much thought to before: The '90s did really well. That is, a lot of listeners picked a lot of years in the '90s as their favorite for music.

Now that Beavis and Butt-Head are coming back to MTV (and let's face it, we're seeing the '90s everywhere again, from the popularity of flannel and Doc Martens to the resurrection of 90210 and New Kids on the Block), it seems like a good time for us to look back on that decade and some of the music that defined it.

That said, we're putting together a show about '90s music, and we want your input. Tell us:

Share your thoughts in the comments section below. We'll use them to help us put the show together.