Carrie Brownstein: 'I Have A New Band'

Carrie Brownstein: 'I Have A New Band'

Note: We've gotten a lot of emails from fans wanting to know what happened to Monitor Mix blogger and frequent All Songs Considered contributor Carrie Brownstein. The short answer is that she's been busy with other projects. Really busy. One of those projects is the band WILD FLAG, a new group she's formed with former Sleater-Kinney drummer Janet Weiss, former Helium guitarist and singer Mary Timony, and Rebecca Cole of The Minders. We asked Carrie to share some thoughts about the new band. 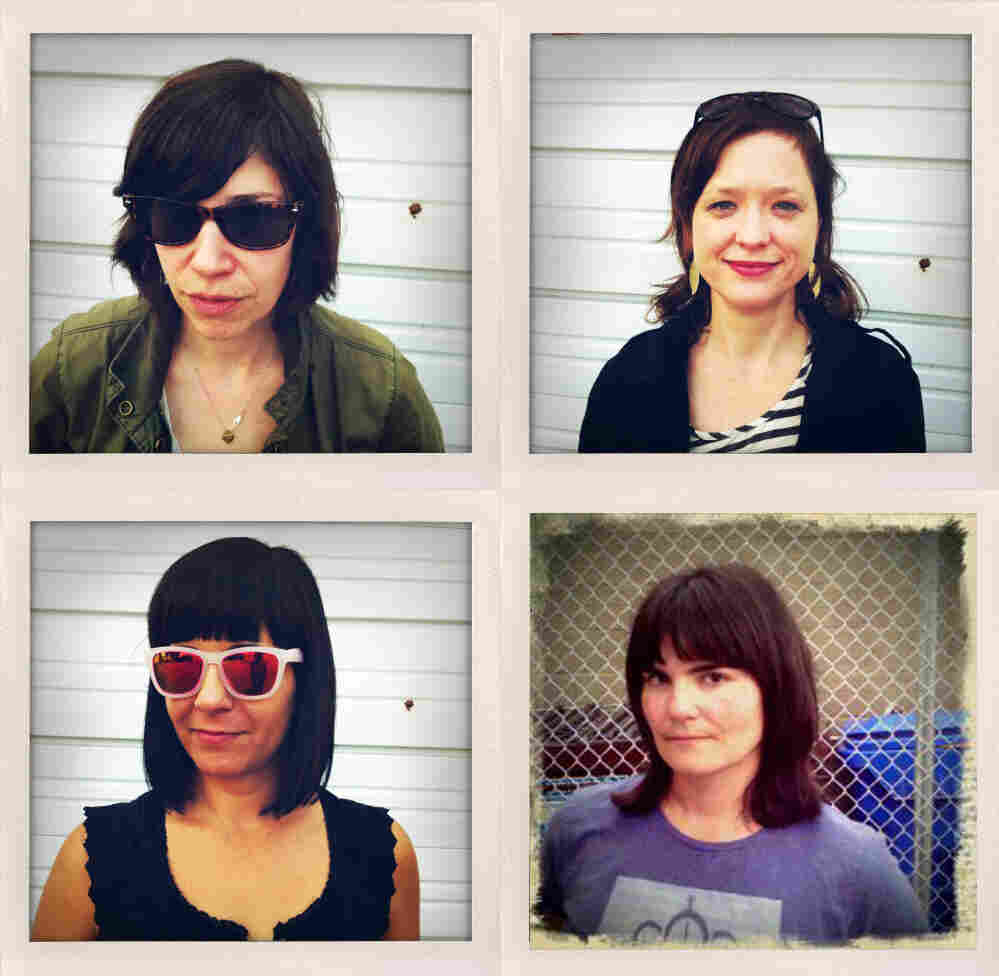 Hello. Here is my update from the world of WILD FLAG, or as Dr. Dre would say, "the next episode." It's been a long while since I wrote for Monitor Mix or for my dear friends at All Songs Considered. Truth be told, I miss my NPR Music family immensely. Part of the reason that I've stepped away from writing my blog (and will soon be officially retiring it) is that I've been focusing on two projects. One is Portlandia, a sketch comedy show that I developed with Fred Armisen (Saturday Night Live) for the IFC Channel. The second, and more germane to All Songs, is that I've formed a new band called WILD FLAG. The quartet consists of myself and three other musicians: Janet Weiss, Rebecca Cole and Mary Timony.

After Sleater-Kinney broke up in 2006 I had very little desire to play music. It took well over three years before picking up a guitar meant anything to me other than an exercise. In fact, it was writing about music for NPR — connecting with music fans and experiencing a sense of community — that made me want to write songs again. I began to feel I was in my head too much about music, too analytical. I felt an emotional tie with my readers and with the bands and songs and scenes I was writing about and sharing, but ultimately it was not the same as playing or being inside of the song.

I have no desire to play music unless I need music. And as readers of Monitor Mix might know, I have very little desire to even listen to music by players who don't seem to need it, to want it. Otherwise, what is the point? About a year ago I started to need music again, and so I called on my friends and we joined as a band.

Chemistry cannot be manufactured or forced, so WILD FLAG was not a sure thing, it was a "maybe," a "possibility." But after a handful of practice sessions, spread out over a period of months, I think we all realized that we could be greater than the sum of our parts, not four disparate puzzle pieces trying to make sense of the other, but a cohesive and dynamic whole. At least that's our hope going forward. We're playing for ourselves but, of course, we'd love it if you listened.

Wild Flag has signed with Merge Records. Carrie says the band has about eight songs finished and plans to release an album sometime next year.