Accessibility links
Hear: "Windows" By Broken Bells : All Songs Considered Hear a sneak preview of an upcoming EP from the duo featuring Danger Mouse and James Mercer. The song, "Windows" is from a new collection of songs called Meyrin Fields, due out March 29. 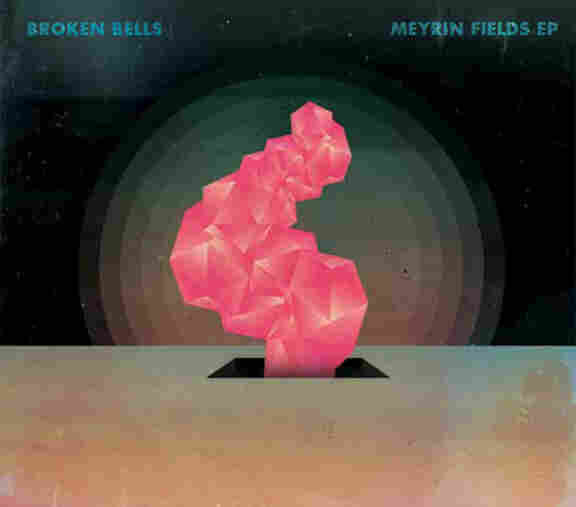 If I picked my number one album of any given year based solely on how many times I played it, the self-titled debut from Broken Bells would have been light years ahead of everything else I listened to last year. One of the most infectious releases of 2010, Broken Bells perfectly pairs The Shins frontman James Mercer's falsetto with the elegant but quirky sonic sensibilities of über-producer Danger Mouse (Brian Burton).

Fortunately we don't have to wait long for more new music from the duo. The two plan to release a new, four-track EP on March 29 called Meyrin Fields. It includes the strutting, spaghetti-western-electro–rock-and-pop romp "Windows."

The songs on Meyrin Fields were originally recorded during the Broken Bells sessions, but aren't B-sides. Mercer and Burton say the cuts just didn't fit with the flow of the other songs. In addition to "Windows," the EP includes "Heartless Empire," "An Easy Life," and the title track, "Meyrin Fields."