Accessibility links
You've Never Heard 'Let It Bleed'?! : All Songs Considered NPR Music intern Catherine DeGennaro, a Beatles-bred baby, lends her ears to the other side of the rock spectrum. She isn't disappointed.

Note: This is a recurring series in which we ask our unimaginably young interns to review classic albums they've never heard before. Catherine DeGennaro is one of our current interns at NPR Music. 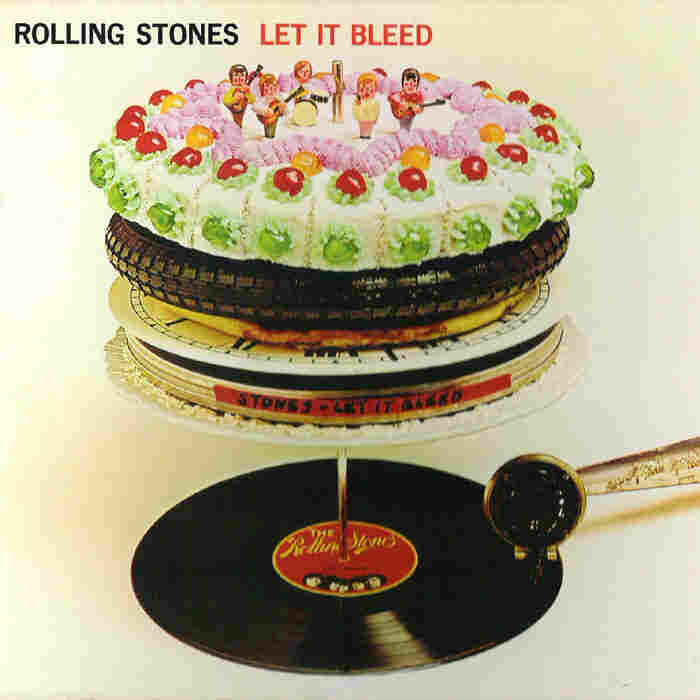 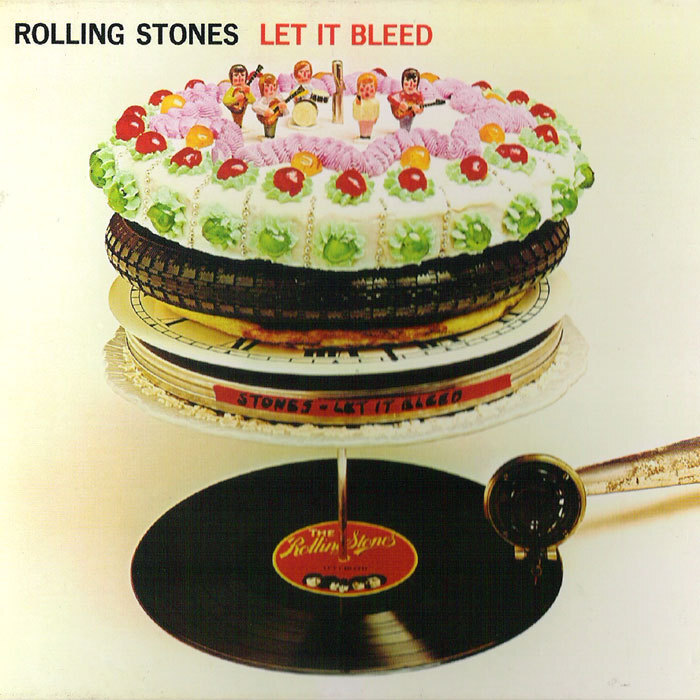 The Beatles or The Rolling Stones? Growing up in my household, this was never even a question. Practically bottle-fed on the Fab Four, I had Revolver spinning non-stop in my Walkman and was crushing on John Lennon circa A Hard Day's Night by my 7th birthday. There was never much room left in my pint-sized, Liverpool-loving heart for the Stones.

My older brother, having branched out into the wider world of '60s rock, once passed along a copy of Forty Licks, but it just sat accumulating digital dust in my iTunes library. Recently unearthed by the wonders of shuffle, the opening strains of "Gimme Shelter" trembled into my headphones, and before the song could finish, I knew I needed to hear the rest of Let It Bleed. The riff creeps anxiously, tension rising as it accumulates rhythmic scratches and hauntingly wordless vocals, before breaking into desperate rock. Just as Merry Clayton's frenzied, hair-raising shrieks of "Rape, murder / it's just a shot away" die down, they're replaced by the urgently hopeful mantra that love is just a kiss away — that this dread can be outrun somehow.

It's jittery: the sort of song that feels restless, like it's tensed up and waiting to go somewhere. And I was waiting to go with it. As soon as I could get my hands on Let It Bleed, I pressed play and finally sat back to hear the Stones start running, from one track to another, seeking shelter anywhere they can find it. Mick Jagger rummages around for hideouts with boozy breath, flying fists and raging hormones against a gritty backdrop of Keith Richards' bluesy, slurred guitars. But even as the Stones strut their way from shelter to shelter, they often find themselves with nowhere to go — drinking away heartbreak on some street corner in "Country Honk," or alone and vulnerable in "Love in Vain" and "You Got the Silver."

But what struck me, as I listened to the drawled innuendos of the title track, is I could hear Let It Bleed's potential to be a quaintly subversive album, tamed by the 43 years that have passed since its release. We're decades removed from the cultural upheaval of the '60s; our shock receptors have been blunted by the sheer number of artists who aim to provoke. Nowadays, Hannah Montana donning a scanty bird costume might ruffle a few feathers in a slow news cycle, but the outrage always seems like performance. I'm not sure anything really riles us up anymore.

Yet, to me, Let It Bleed doesn't sound neutered by today's standards. It's rebellious, and it's grimy. Bill Wyman's bass creeps up from the gutter in "Monkey Man," dragging the rest of the song with it, rising defiantly with primal groans and squawks. "Midnight Rambler" slinks around the darkest corner of a back alley. Shivers run up your spine as Mick Jagger prowls just behind you, murmuring and hushing his band to keep from being given away. All at once, the Stones pounce. In the assault of dirty guitar licks, wailing harmonica and Charlie Watts' crashing cymbals, Jagger announces that he'll stick his knife right down your throat, and it's hard not to believe him.

The Rolling Stones perform "You Can't Always Get What You Want" on The David Frost Show in 1969.

Just as Let It Bleed seems ready to tear at the seams, bursting with tension, anxiety and transiency, its end arrives. The choir lifts up "You Can't Always Get What You Want," letting it float above the fray where the rest of the album exists as Mick Jagger philosophizes. Shelter may be nowhere to be found — no love, no peace, no security — but you can survive if you keep running, and that's all you need.

In a way, I'm glad it took me so long to discover this album. I'm grateful to my parents for infecting me with Beatlemania so early on, but it's taken me a while to divorce my childhood memories of the Beatles catalog from more discerning listens. Even then, there's only so far "Hello, Goodbye" can come from being my favorite call-and-response nursery rhyme to sing during bath time. If I'd heard Let It Bleed at the same time, I might be similarly distracted by my innocuous memories of it, and have missed out on what I really fell for on first listen: its breadth. It's an album that's as gentle as it is unsettling. At moments, it's stunning — haunting, even — but it snaps without warning. And even as it closes in on me, leering, and ready to batter my eardrums, I'm still compelled to draw near to it, too.