Accessibility links
The Austin 100: NPR Music's SXSW 2011 Sampler : All Songs Considered If you're not going to SXSW and want to simulate the experience of attending the festival, crank our 100-song mix while spilling beer on your shoes. See a full list of our picks here. 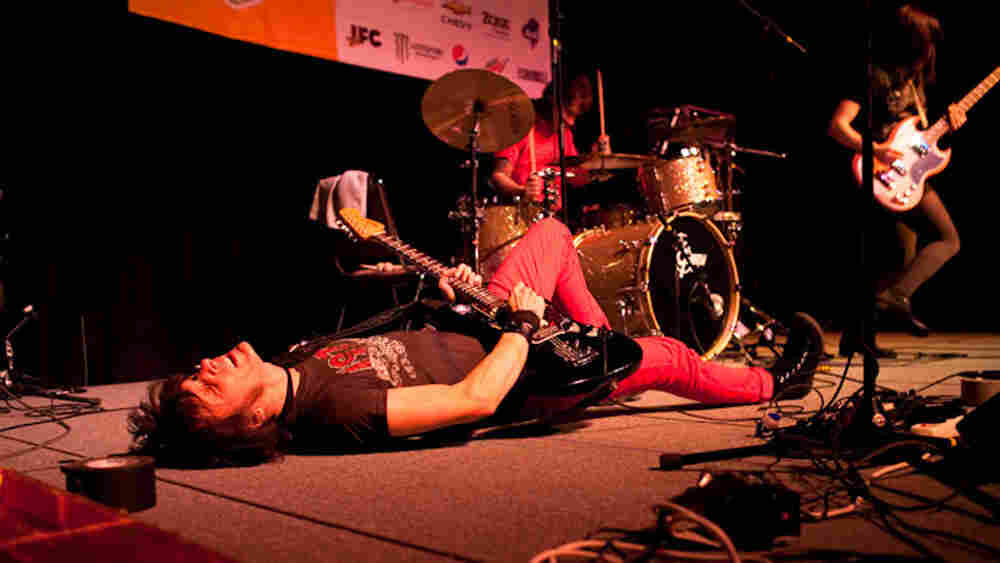 I can't imagine a music-related event on earth that requires more advance planning and preparation than South by Southwest in Austin, Texas. In the span of a mere four days — this year, the music portion of the festivities runs from March 16 to March 19, with events on the 15th and 20th, too — somewhere in the neighborhood of 2,000 acts will play the festival's official showcases on more than 80 stages, with hundreds more converging on peripheral events looking to bask in SXSW's reflected glory and be heard.

In the weeks leading up to SXSW, a bunch of us at NPR Music — including Bob Boilen, Robin Hilton, Ann Powers, myself and others — have been gorging on the 1,300 SXSW MP3s we've gathered so far, and we're continuing to sift for gems. Next week, we'll showcase some of our discoveries in a new episode of All Songs Considered, but in the meantime, we've culled 100 of our favorite songs by SXSW artists and assembled them in an epic playlist we call The Austin 100.

At the top of our main SXSW page, there's a big rectangular box with an arrow in the middle; click that arrow and you'll get a randomly generated song, chosen by the NPR Music gang (and, when their backs were turned, me) for maximum excellence. We've got hip-hop, metal, power pop, dubstep, singer-songwriters, party bands, Hanson, bluegrass, garage rock, and a whole lot of subgenres in between. The one constant? Someone here thought it was terrific — and, if you disagree, wait a few minutes and the song will change. You can also snag some free MP3s; just look for the "Download MP3" links and save the song for your library.

Below is a rundown of the 100 songs in The Austin 100 — by no means a comprehensive list of our SXSW recommendations, in part because we left off a lot of names everyone already knows (TV on the Radio, The Strokes, et al) and in part because bands are still being added to the festival lineup at the last minute. But if you've got some SXSW discoveries you think we missed, please leave them in the comments section below, and we'll try to listen before SXSW begins in (gulp) less than two weeks. And, of course, check our SXSW page for a full schedule of the performances we'll stream live.