Jack White has a record label, Third Man, based in Nashville. He's also got a store in that same city that contains a photography studio, a live venue, a recording studio and a record press. Time to add four wheels to White's empire: Today, the Third Man Records Rolling Record Store made its maiden voyage to a parking lot in Austin, Texas.

The yellow-and-black truck is part record store, part recording studio. Jack White and I talked about the design of the truck, but we'll save that audio tour for another blog post, something we call The Flipside With Jack White. Stay tuned.

But let's cut to the chase: Jack White hopped out of the truck to perform two songs, one from Buddy Holly and the other, a White Stripes tune, "Dead Leaves and the Dirty Ground." 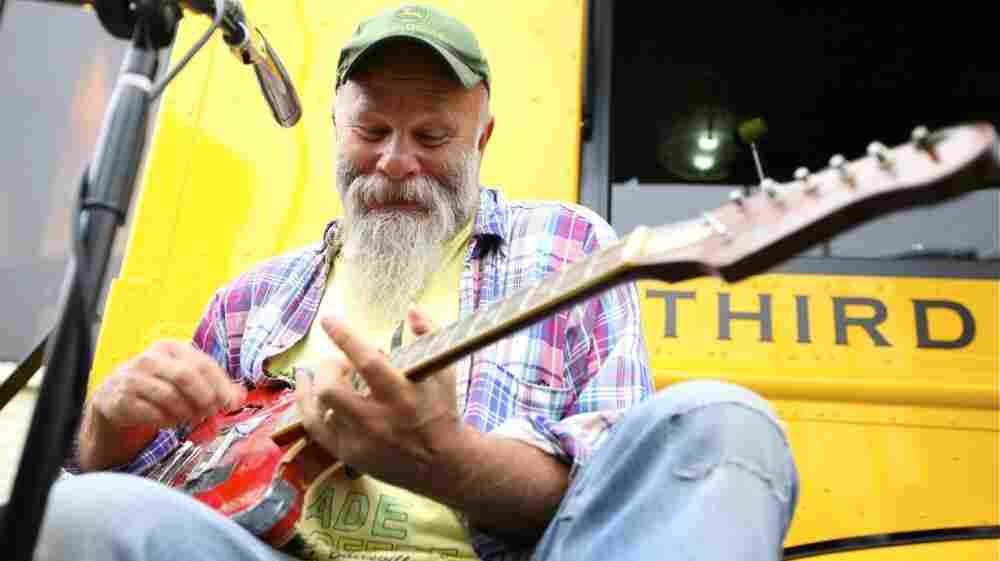 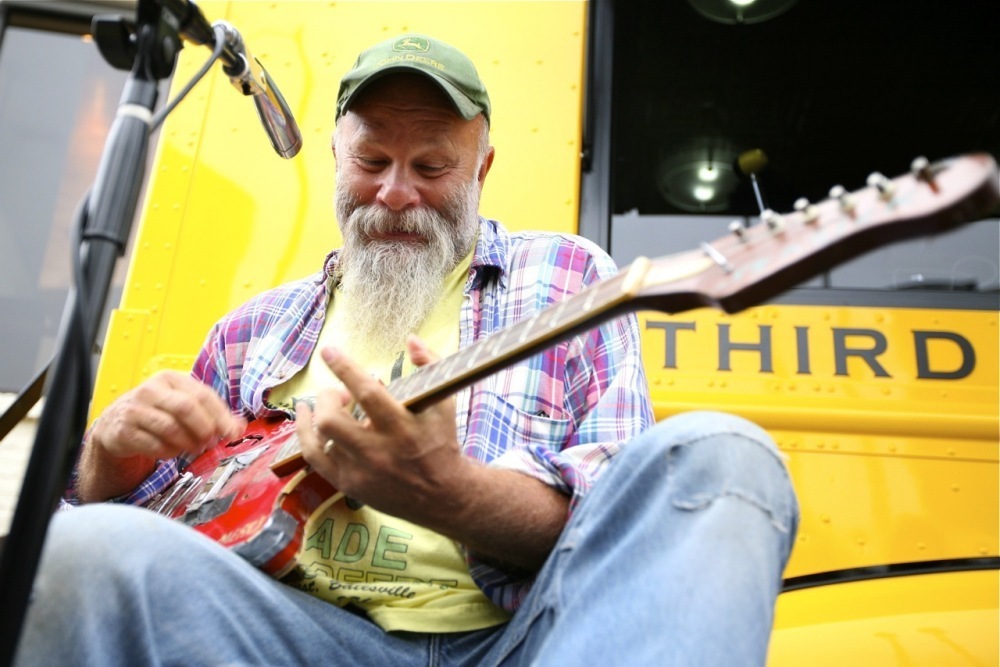 With only three strings, Seasick Steve plays some blues at the Third Man Records Truck.

I have to say the crowd went crazy for White and Seasick Steve. There were some technical glitches when the amps seemed to overload and shut down, but it didn't take away any of the magic from this impromptu parking lot event.