Accessibility links
'Minutes' From SXSW 2011: Wednesday Videos : All Songs Considered Bob Boilen documented every performer he saw at SXSW by taking a one-minute video clip of each. Watch Wednesday's "Minutes" from the music festival in Austin, Texas. 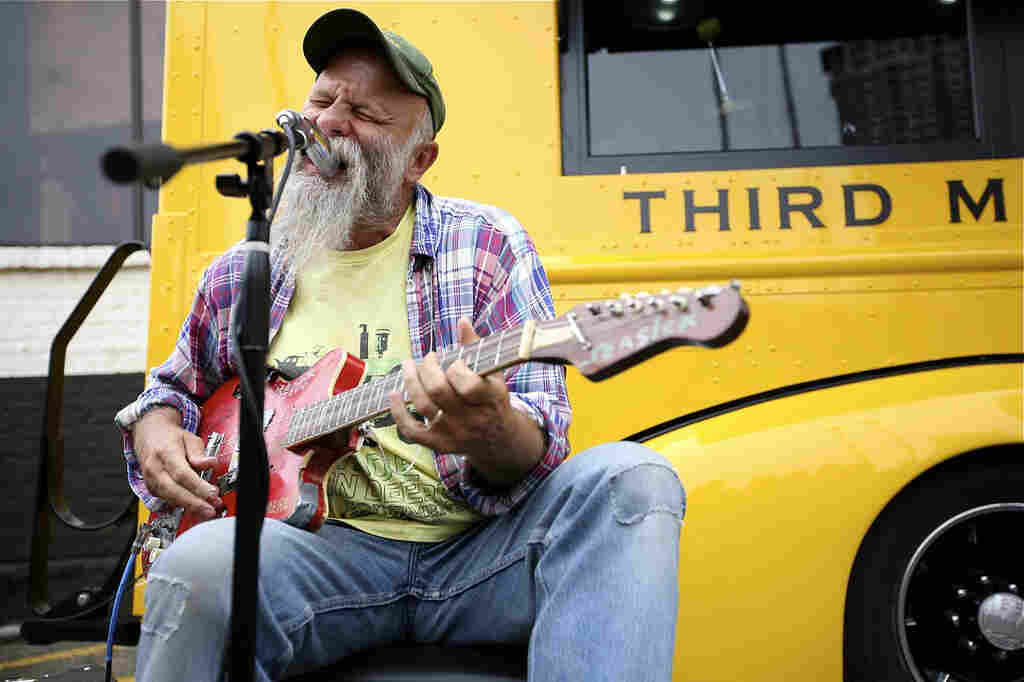 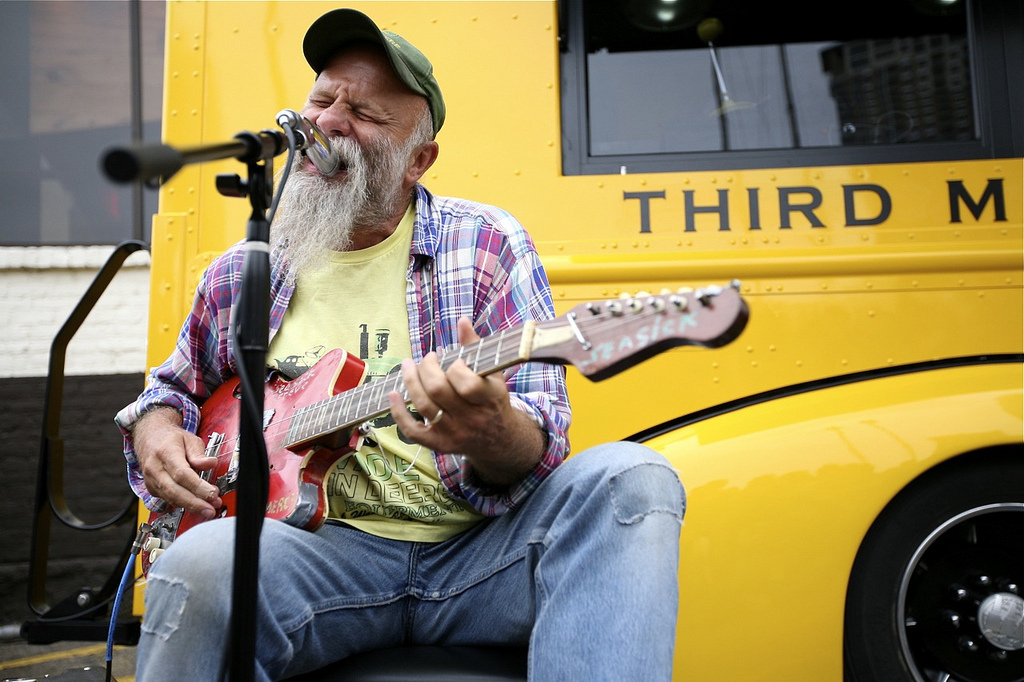 You know it's going to be a good day when the first thing you see is Jack White performing in a parking lot. Could it get any better than this? Only at SXSW could the answer be yes. Which isn't to take anything away from getting a tour of the Third Man Records Rolling Record Store by Jack White — or hearing him play Texas hero Buddy Holly's "Not Fade Away" or The White Stripes' "Dead Leaves and the Dirty Ground" with just him and a guitar. By the way, I'll put Jack White's audio tour of the truck on next week's edition of The Flipside With Jack White, right here on the blog.

After that bit of fun, I went to take in my first stage show. I had heard The Civil Wars, the folk duo of Joy Williams and John Paul White; I found their debut record pleasing, but hadn't yet dug into it. After seeing the show, I need to revisit the record. Such beautiful voices.

Trampled by Turtles is a bluegrass band from Minnesota. If you love The Avett Brothers or Mumford and Sons, give these folks a listen. The songs aren't yet as strong, but their playing had the crowd stomping.

Yuck kicked off NPR Music's live coverage at Stubb's. For such a young band on a big stage, Yuck played infectious songs to a lot of newfound fans. Watch the set here.

James Blake was my evening favorite and one of the freshest sounds I heard all week in Austin. It works in part because it's such a contrast to all the guitar bands out there. Such spaciousness and restraint. Every note seems to matter, but it never feels precious. I wasn't sure how music like this would go over in a space that works best for rock 'n' roll, but Blake and his two bandmates had the bulk of the partying crowd captivated. Watch his set here.

Smith Westerns played our smaller show at The Parish last year in Austin. The band's sound has filled out over the past year, and it put on another good show this time at Stubb's. Watch the band's set here.

I'd never seen Raphael Saadiq before — I was always impressed by his songs and his band — but he tore it up at SXSW. Great soul music from someone young enough to share his energy, yet old enough to respect where this music comes from. Watch this dynamic performer here.

My final two shows were so different from one another. Vetiver performed gentle tunes reminiscent of The Byrds. Rapper Cyhi Da Prynce was brash and in your face, but with an upbeat message. Vetiver's church crowd was quiet and almost sleepy at the after-midnight show, but for Cyhi, his crowd eagerly sang his refrains and pumped him up.

I continued to take one-minute videos of every show I saw at SXSW, and will put them online over the course of the week.