Accessibility links
Second Stage: Balkans, 'Let You Have It' : All Songs Considered The members of the Atlanta band Balkans play riled-up guitar rock. Download "Let You Have It."

Let You Have It

Listen
Second Stage: Balkans, 'Let You Have It'

Second Stage: Balkans, 'Let You Have It'

Let You Have It 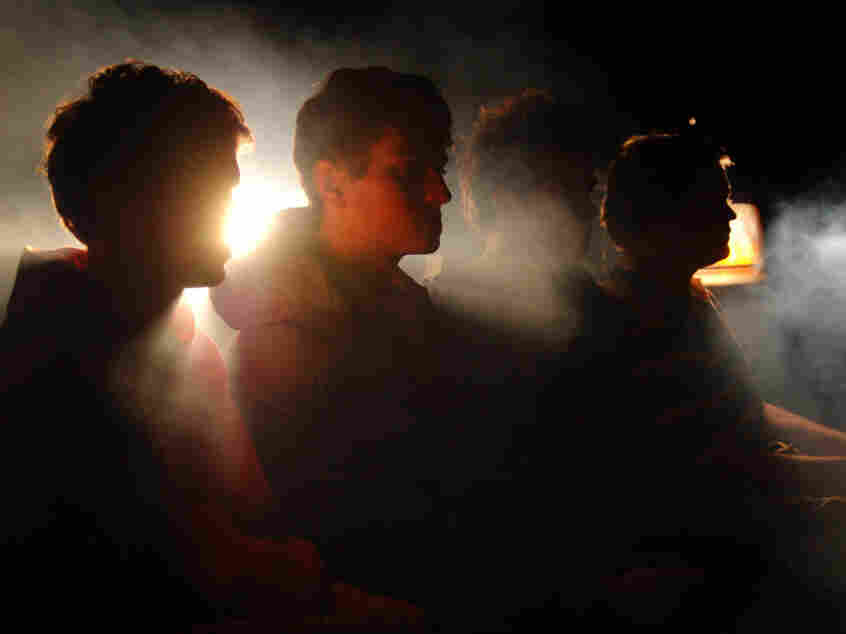 Enlarge this image
Rachel Pagillo/Courtesy of the artist 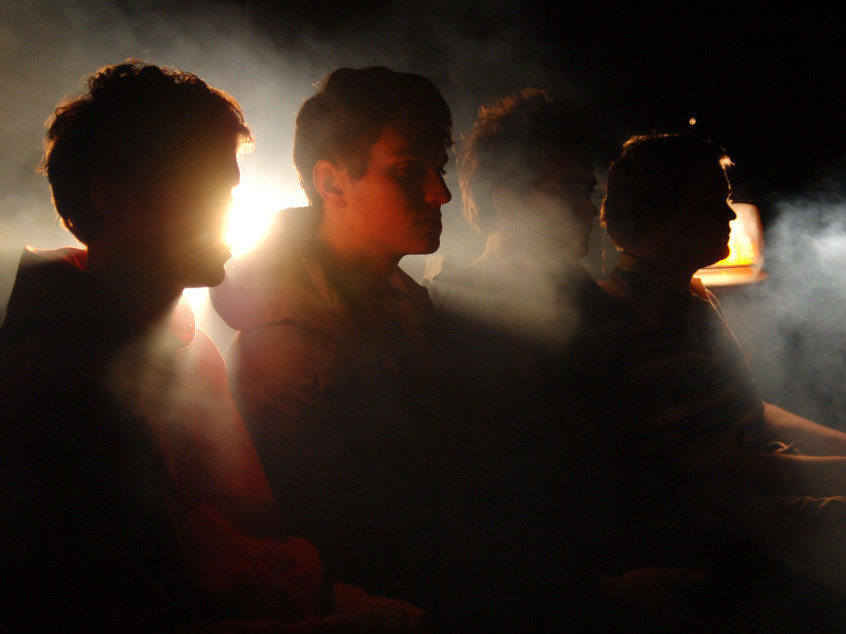 Rachel Pagillo/Courtesy of the artist

Balkans drummer Stanley Vergilis names "Flabby Abby" as his favorite song on the group's upcoming self-titled album — just don't expect to find it listed on the packaging. Its official title is "Let You Have It," and its double-titling doesn't make it unique in Balkans' catalog. Vergilis explains that the garagey new-wave band typically nicknames its songs after girls they all knew in high school — which really wasn't that long ago.

None of the band's members would normally be admitted into most of the venues they play; they're all under 21. This used to be a major obstacle when the band started about three years ago. It was difficult to attract crowds at concerts, because Balkans' fans were their equally underage friends. In the long run, Vergilis says it forced maturation.

"We were 16 or 17, and we were playing with bands who were, like, 25," he says. "We kind of pretend we're a little bit older than we really are. I guess we have adapted to the fact that we play for people who are older than us."

Vergilis and bassist Woodbury "Woodie" Shortridge met in seventh-grade shop class. Shortridge and singer-guitarist Frankie Broyles had been playing together since elementary school. The three started out with Coldplay and Weezer covers, but then senior year came, and with it the addition of guitarist Brett Miller. Their inspiration took a sharp turn toward bands like The Strokes. That was when the name Balkans came into being and the group's danceable, guitar-driven cheer-rock sound bloomed.

Balkans, out in May, is a rollicking party record washed in harmless self-indulgence. Most of the songs are seemingly about girls, but they always come off as lighthearted — more likely to evoke a hip-shimmy than a moment of reflection.