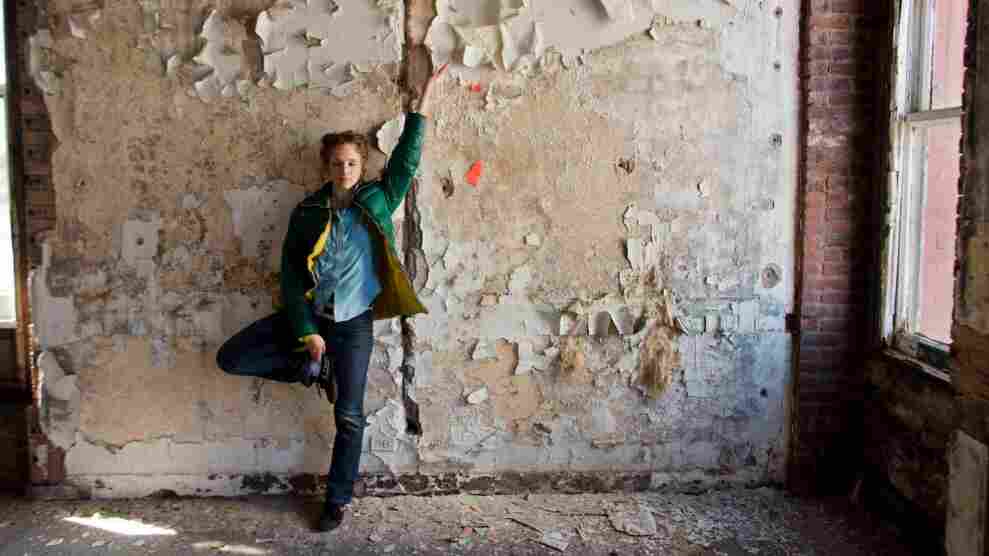 Andrew Ellis/Courtesy of the artist

The New York art collective Mason Jar Music found Abigail Washburn's banjo work and songs so touching, the group asked if it could craft a video for her. The traditional blues tune "Nobody's Fault but Mine" got the honor, so the group and Washburn clamored into a weathered, sun-soaked and freezing hotel building and got to work on the video — available for viewing here for the first time.

"Nobody's Fault But Mine"

Washburn had this to say via email:

A gaggle of extremely motivated young artistic men approached me after my album-release show at Housing Works in New York City last January. They said, "We are called Mason Jar Music and we would like to make a music video of your song 'City of Refuge. " For some reason, I instantaneously knew they were a special group of people with a mission that would not be thwarted. I bought my ticket back to New York for early March. The moment I arrived, the whole scene was magical: Thirty or so university-aged volunteer musicians and set-hands worked fastidiously and in perfect harmony to create an efficient shoot with a hyper sense of love for the creation of art. Amazing location? YES. I don't know how Mason Jar Music did it. But, however glamorous it might sound to film in an ancient building, a picture of truth shows rats scurrying into darker corners when I walked into the dimly lit boarded-up entrance, no bathroom except for the perpetual 15- to 20-minute line at the Dunkin Donuts down the street, no heat on a 30-degree day, and I fell in a black hole off the walking ramp to the back door.

Before shooting this video where I walk and sing (for the first time), we checked for potholes and landmines — we chose the path carefully and I survived. However, it was so cold that, despite the fact that I wore a sparkly dress with saddle shoes for the big shoot with the orchestra, I mistakenly ended up wearing the puffy green down jacket you see in this video of "Nobody's Fault but Mine." As for the song, I ran into it about eight years ago listening to a compilation of Blind Willie Johnson from the 1930s called Sweeter As the Years Roll By. To this day, it's the album that gets heaviest rotation on my long road trips around the USA playing music.

This dilapidated 19th-century building in Lower Manhattan, once an ornate office building, now a relic of old New York, proved to be a perfect setting for Abigail's music. The massive ceiling skylight provided the space with beautiful natural light, and the peeling layers of paint revealed years of history. As a 12-piece ensemble warmed up to play "City of Refuge" on the ground floor, Abigail wandered the upper floors and roof with her banjo and delivered stunningly intimate performances.

At Mason Jar Music, we enjoy bringing beautiful music into unexpected spaces. Our primary project, Mason Jar Music Presents, pairs talented musicians with historic New York spaces that resonate with the artist's vision. We arrange and reinterpret his or her music for an ensemble of strings, woodwinds and other assorted orchestral colors, highlighting musical textures that may have fallen out of favor in contemporary music. We believe in preserving analog principles in a digital age, in assembling a room of talented individuals and working together to create and capture a singular musical moment.