Note: This is a recurring series in which we ask our unimaginably young interns to review classic albums they've never heard before. Catherine DeGennaro just finished her internship at NPR Music last week. 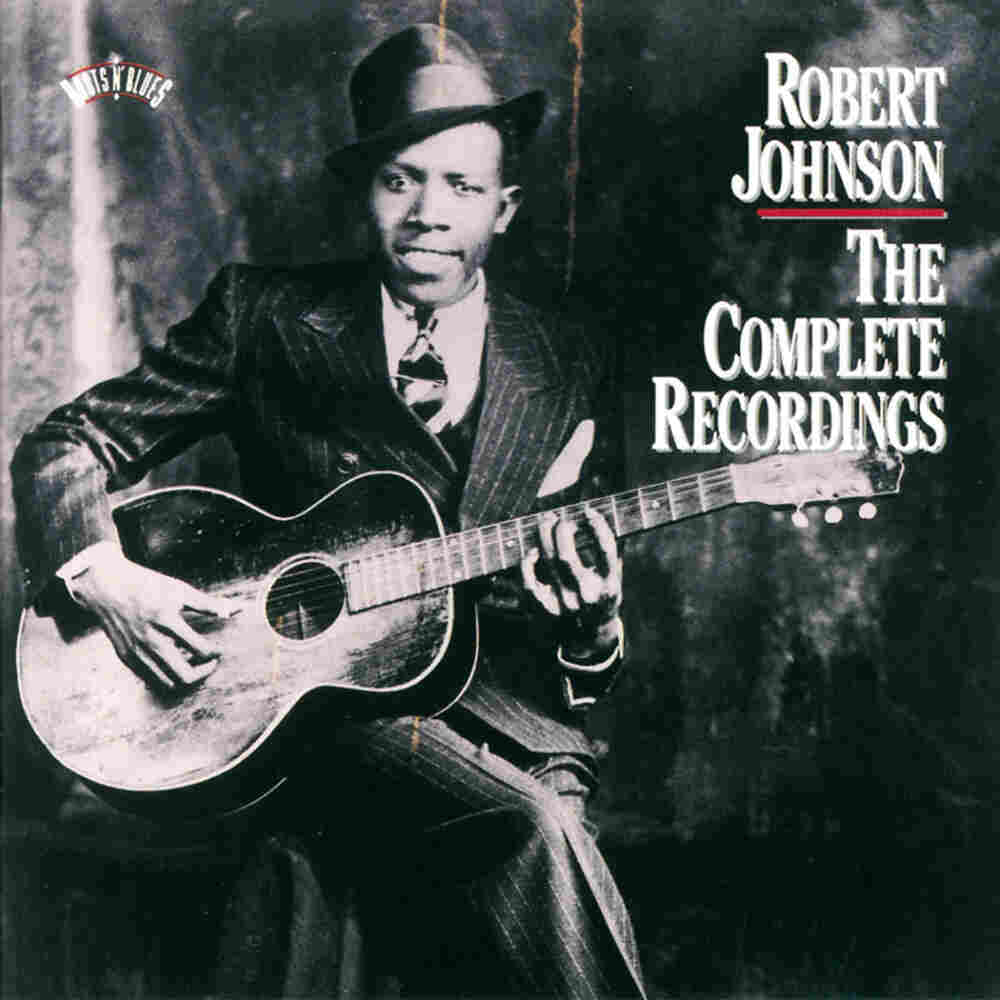 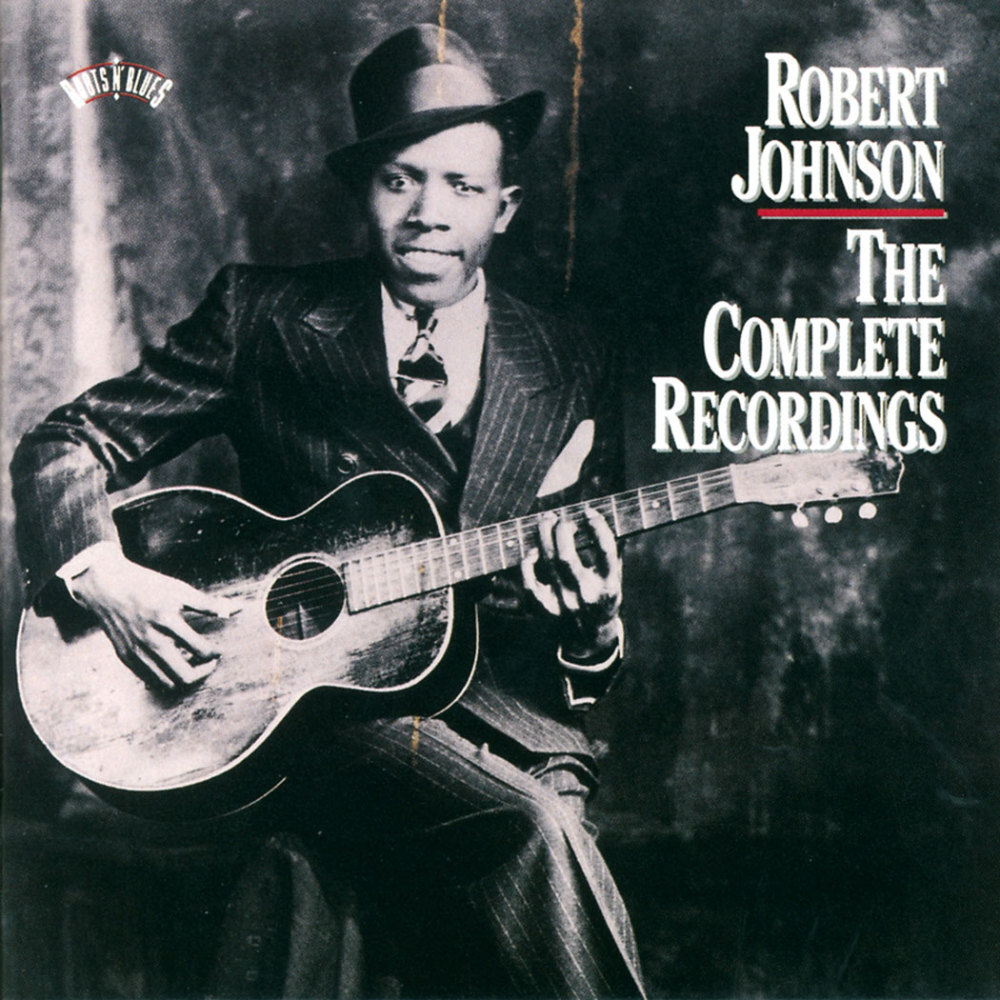 The Complete Recordings by Robert Johnson.

For more information on Robert Johnson, stay tuned to Weekend Edition Saturday for a piece on The Complete Original Masters: Centennial Edition. Until then, here's some historical context on Johnson's song "Hellhound on My Trail" and an introduction to Mississippi Delta blues.

During a screening of Les Blank's The Blues Accordin' to Lightnin' Hopkins in a class a couple months ago, the blues finally found me. Sure, I'd heard the blues before. I'd even once considered myself something of a 12-bar blues master during a week or two of middle-school guitar lessons. But what did I have to worry about as a preteen churning out blistering, half-tempo solos over my teacher's C7s, F7s and G7s? The frustration of 9 o'clock bed times and algebra homework? Hopkins' blues were something else entirely: the voice of deep and hard-earned sorrow. It was that voice that drew me toward the birthplace of the blues in the heart of the Mississippi Delta, and according to a friend, there was no place else to start other than the music of Robert Johnson.

On first listen, it was clear that if I was looking for the blues, Robert Johnson had them in abundance. He twists his voice into worn whines and raspy howls of affliction, telling tales of no-good women and the fear of sinking into the clutches of the devil. The plucked notes of his guitar could practically tell these stories alone, caught up in grief and regret all their own while sliding and bending in tandem with his laments. The bass notes chug along, keeping the itinerant Johnson traveling and rambling. I listened as he jumped trains to flee memories of unfaithful women and went on the lam to dodge the hellhounds of the devil snapping at his heels.

Although most of The Complete Recordings' 41 tracks are derivations of the 12-bar blues nearly indistinguishable by my ear, a few began to stick out in my mind specifically — not for some vague déjà-vu familiarity that the blues evokes, but because I knew I'd heard them before in some form. I heard Eric Clapton's iconic riff under Johnson's rough-around-the-edges vocals in "Cross Road Blues," while his words rose in pitch, transforming into the soaring howl of Robert Plant in "Travelling Riverside Blues" and "The Lemon Song." Even a song I'd recently come to love with the belief that it was an original, The Rolling Stones' "Love in Vain," had come first from the mouth of Robert Johnson. What Johnson's take lacks in the slick arrangement of Keith Richards' lonesome slide guitar whining atop the steady chug of Charlie Watts' drums, it more than makes up for in the sheer sadness of Johnson's dejected croon, crying alone on the platform at the train station with only his guitar for company.

But even as I recognized his strong presence in the style of some of my favorite musicians — and even as I was drawn to his cutting, mournful wails while my toes tapped along to his tales — it was harder to put my finger on exactly what Johnson had to say to me all these years after he first sat down to put these songs on record in the 1930s. He compares his lost lovers to broken phonographs and stray milk cows, moans when another man takes a woman for a spin in his Terraplane and keeps a .32-20 handgun. Were those divides not great enough, even the recording quality is foreign to ears that grew up in an era of rampant studio shining and polishing. It would be easy for me to enjoy Johnson as some kind of haunting specter or disembodied voice — an ambassador of a time and sorrows long past — the decades of separation between me and his words made obvious by a constant hiss in the background punctuated by pops of the vinyl.

But then his voice would reach out from under lost cultural touchstones and crackling records and grab hold of me. In the second take of "Rambling on My Mind" — when he cries, "I will never forgive you anymore / You know you did not want me / Baby, why did you tell me so?" — our differences simply become lost in a shared knowledge of the anger and embarrassment of wasted time and the desire to turn and run, never to see Mister or "Miss So-and-So" again. When he wails, "I mistreated my baby, but I can't see no reason why / Every time I think about it, I just wring my head and cry" (in "When You Got a Good Friend"), he may be singing about his regret, but he's voicing my own, too. It's not poetry; there's no abstruse wordplay or layers to sift through. But it's bold, simple phrasing, sung in a tone that cuts right through with its unwavering despair and gives voice to things I feel in their most elementary forms in a way that I never could.

Listening to The Complete Recordings on the centennial of Johnson's birth, it's clear that, while context may change, feelings do not; Johnson's voice weighs heavy with them. Whether it's the low, yearning groan of "Come on in My Kitchen," the paranoia-laden laments of "Hellhound on My Trail" or the anguished cries of "If I Had My Possession Over Judgment Day," it's hard to find a relatable emotion that did not manifest itself in Johnson's bruised tone so many years ago.