Accessibility links
Paul Simon And A Moment Of Pure Sobbing Joy : All Songs Considered Paul Simon surprises a fan by inviting her on stage to sing the very song on which she learned to play guitar. 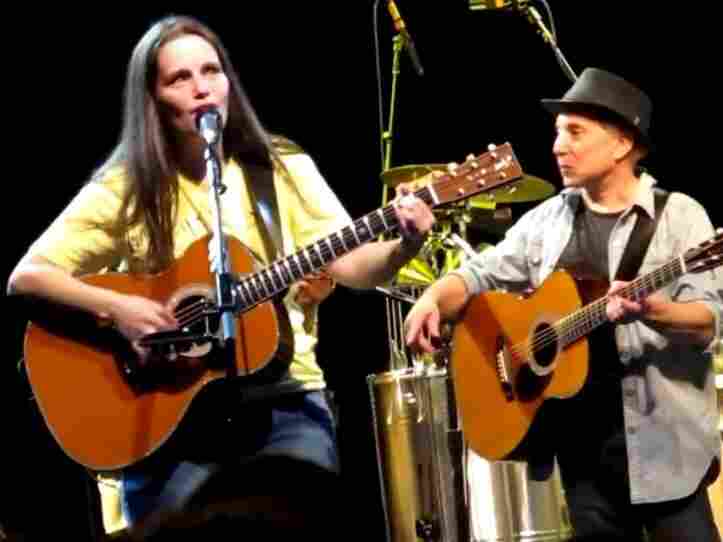 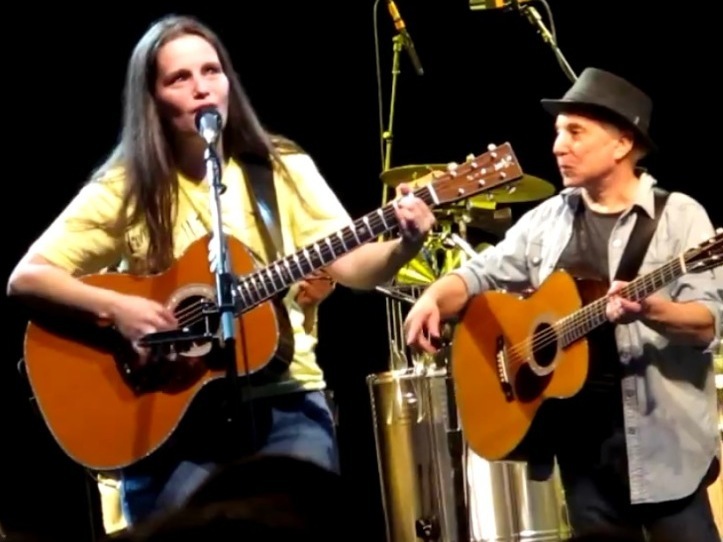 Paul Simon has brought joy to so many for so long, but on this night he made Rayna Ford's dream come true. During a show in Toronto on May 7, Rayna Ford, a fan from Newfoundland, called out for Simon to play "Duncan," and said something to the effect that she learned to play guitar on the song. In a moment of astonishment and disbelief, Paul Simon invited her on stage, handed her a guitar and asked her to play it for the crowd. When she strapped on the guitar, the audience went crazy. In a few strums, the band played along, tears ran down Rayna Ford's cheeks and Simon stood by her side in smiles.

It was an absolute moment of sobbing joy for Ford and for the crowd. It was a moment so beautiful, so human, it could almost be a story in a Paul Simon song. Excuse me while I wipe my own tears. Go Rayna and all the Raynas out there with dreams. As the song says:

Oh, oh, what a night
Oh, what a garden of delight
Even now that sweet memory lingers
I was playing my guitar
Lying underneath the stars
Just thanking the Lord
For my fingers,
For my fingers