Accessibility links
One More Piece Of F---- Up's Sprawling Rock Opera : All Songs Considered Four singles peek into the back stories of the hardcore band's rock opera, including its narrator.

Hear "What They Didn't Know"

Hear "What They Didn't Know" 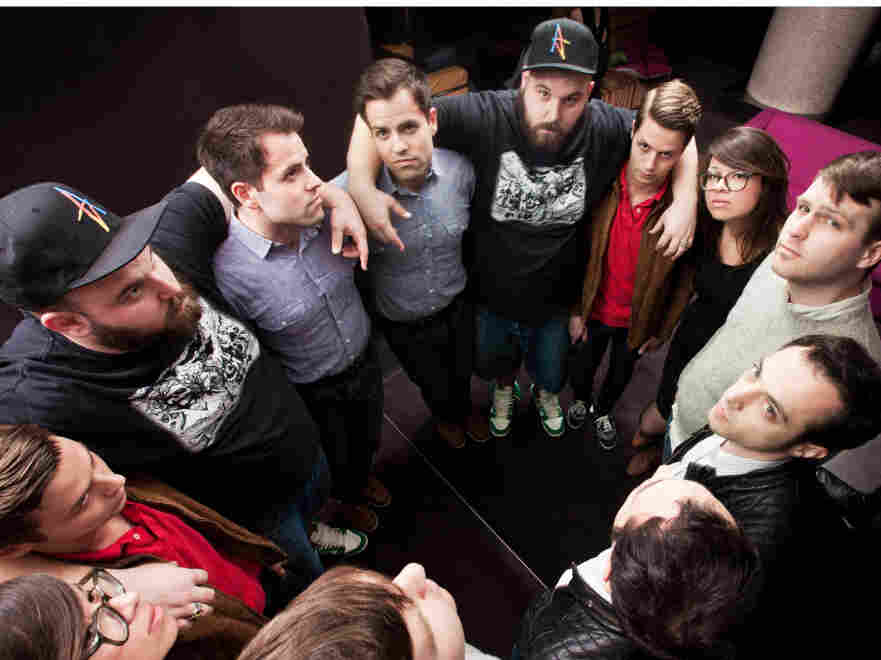 Four 7" singles peek into the back stories of the hardcore band's rock opera, including its narrator, Octavio, on "What They Didn't Know." Daniel Boud/Courtesy of Matador hide caption 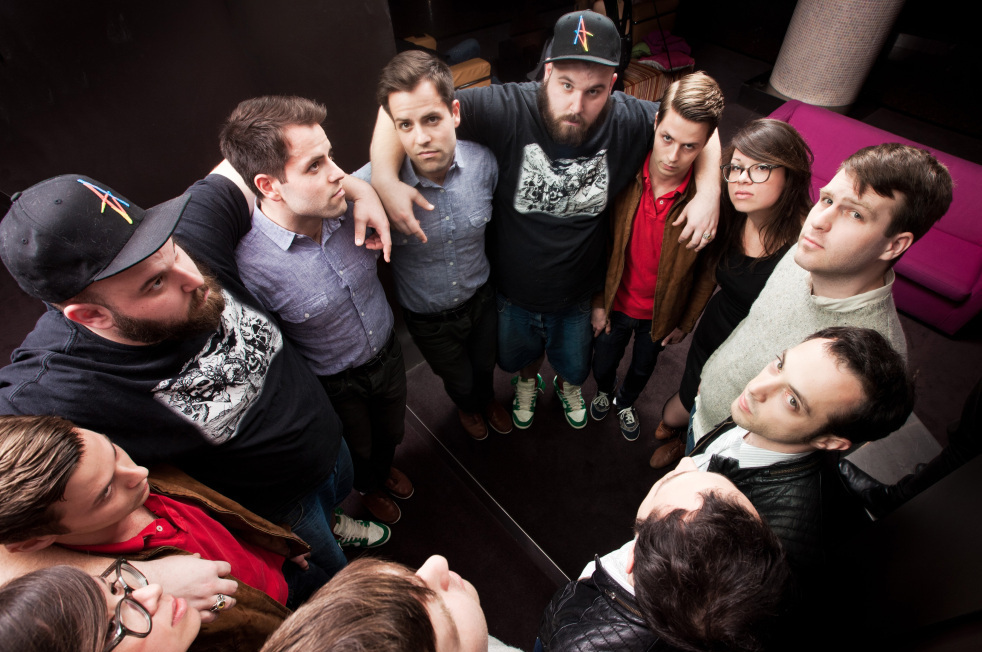 Four 7" singles peek into the back stories of the hardcore band's rock opera, including its narrator, Octavio, on "What They Didn't Know."

The members of F---- Up don't know when to stop. The hardcore band's discography is littered with 12" singles based on the Zodiac, mixtapes, Christmas singles, three full-lengths and who-knows-what else. It's appropriate, then, that the band's latest album, the 78-minute rock opera David Comes to Life (streaming in its entirety here), has an odd assortment of bonus material attached to it.

There's David's Town, a Record Store Day-only vinyl compilation (digital's coming) of fake Brit-pop and punk bands from the protagonist's hometown. There are also four bonus seven-inch singles that only further confuse the story of David. From those singles, "What They Didn't Know" sounds like the early-'90s jangle-pop of The Rembrandts (you know, the guys who actually wrote some solid songs before the whole Friends thing happened and everyone immediately hated them) run through F---- Up's hardcore anthem grinder.

Frontman Damian Abraham explained the song in an email.

This song is a brief biography of Octavio. Serving as a prologue for the character, it details his affluent, albeit troubled, upbringing. He is picked on mercilessly and is miserable until he meets Veronica. I wanted this to serve as the unrequited version of "Queen of Hearts." I based a lot of this song on my own experiences. Octavio is fat, not too well liked, and he feels that Veronica was the first person he has met that understands and cares about him. When his love isn't returned in the same way, he sets a plan into motion to destroy the very person who he feels has ruined his chance at finding happiness in life: David. As much as I hate to admit it, I have been there, and while I can proudly say I have never resorted to the actions like Octavio's, I can see where he is coming from.

David Comes to Life comes out June 7. F---- Up's bonus seven-inches are a part of the label's Buy Early Get Now subscription.