Accessibility links
Poll Results: Listeners Pick The Best Of The Year (So Far) : All Songs Considered See the Top 100 albums of the year (so far), as selected by NPR Music listeners.

Poll Results: Listeners Pick The Best Of The Year (So Far)

Poll Results: Listeners Pick The Best Of The Year (So Far) 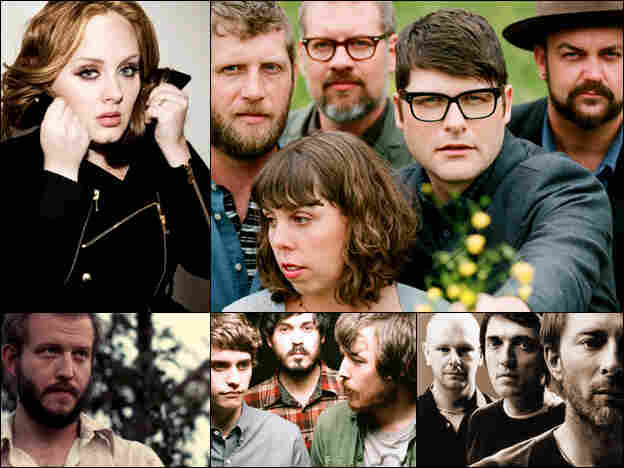 Thousands of votes poured in from NPR Music listeners in our poll for the best music of the year (so far). In the end, The Decemberists' album The King Is Dead was the clear winner, followed by Fleet Foxes' Helplessness Blues, Adele's 21 and Bon Iver's Bon Iver. Radiohead's The King of Limbs rounded out the Top 5.

One thing was clear in the results: It's been a strong year for veteran bands. Longtime fan favorites such as The Decemberists, Radiohead, Death Cab For Cutie and even Paul Simon remain among the most popular artists, multiple albums into their careers. But plenty of up-and-comers still broke the Top 100: tUnE-yArDs, James Blake, Yuck and Cults are just a few of them.

It's been a great year for discovery, and hopefully you can use the list below to find some music you haven't heard this year — or revisit ones that maybe deserve a little more time.