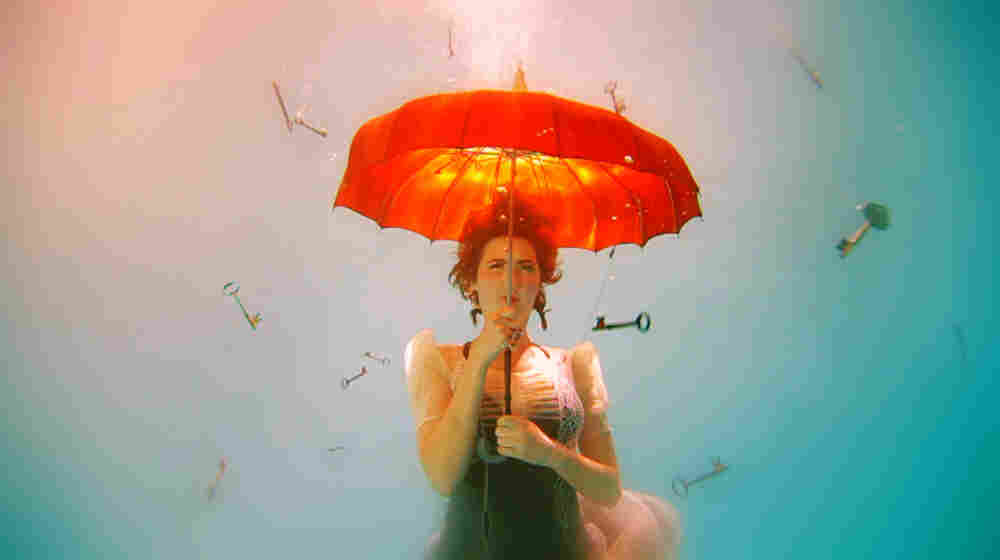 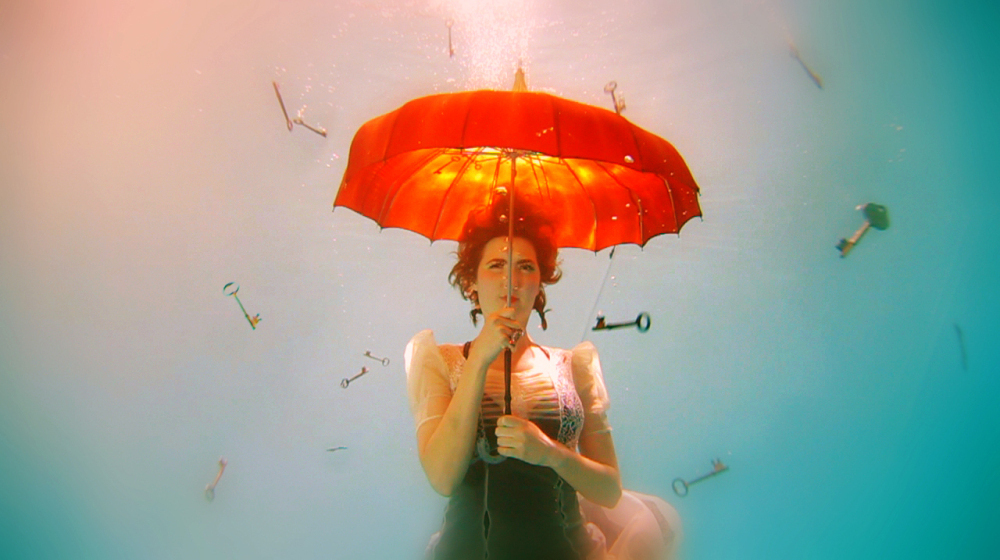 One thing is clear: The underwater world Ted Newsome created for the women of Warpaint is a lot better than anything the land's got to offer. For the group's "Warpaint" video, Newsome created alter egos for all four members. Taking a Wizard of Oz approach, things go Technicolor once they set foot in the water. A public pool in Echo Park fills in for the ocean.

The four women in Warpaint — Emily Kokal, Theresa Wayman, Jenny Lee Lindberg and Stella Mozgawa — had this to say about the video via email:

We've always had the idea to do a video underwater, and were excited when our friend Ted Newsome sent us a treatment, which involved just that. It was an opportunity to create a fantastical world where oxygen, time and style were simply not an issue. Turned out to be far more challenging than we had initially expected, but we pulled through. We're excited about it and hope you enjoy.

Here's what director Ted Newsome had to say about the video:

I have always wanted to shoot a video for Warpaint, so I was excited when they asked me to submit treatments. One of my ideas involved this elaborate story that led into a parallel world underwater. I sat down with the girls, and we immediately scrapped the whole first half of the video and brainstormed ideas. We came up with four points of entry to the magical water world, and each member of the band created her own character. We all agreed that the surface world would be void of color and unstable and underwater would be vibrant, dreamy and fluid. A few days later, we shot for three days straight, and the video was in the can.

The dreamy water world was obviously the hardest part of the video, and there's a behind-the-scenes video to prove it. Working with Warpaint was great, and the girls are intelligent and delightful. Stella is a real character, and I had a blast shooting her parking-attendant character. I have LOADS of footage I didn't use of all four girls. I'll make something else with it someday!