Accessibility links
Song Premiere: Rwake, 'It Was Beautiful, But Now It's Sour' : All Songs Considered It's not the riff; it's what you do with it. No one knows that better than sludge-metal band Rwake.

Hear 'It Was Beautiful, But Now It's Sour' by Rwake

Song Premiere: Rwake, 'It Was Beautiful, But Now It's Sour'

Hear 'It Was Beautiful, But Now It's Sour' by Rwake 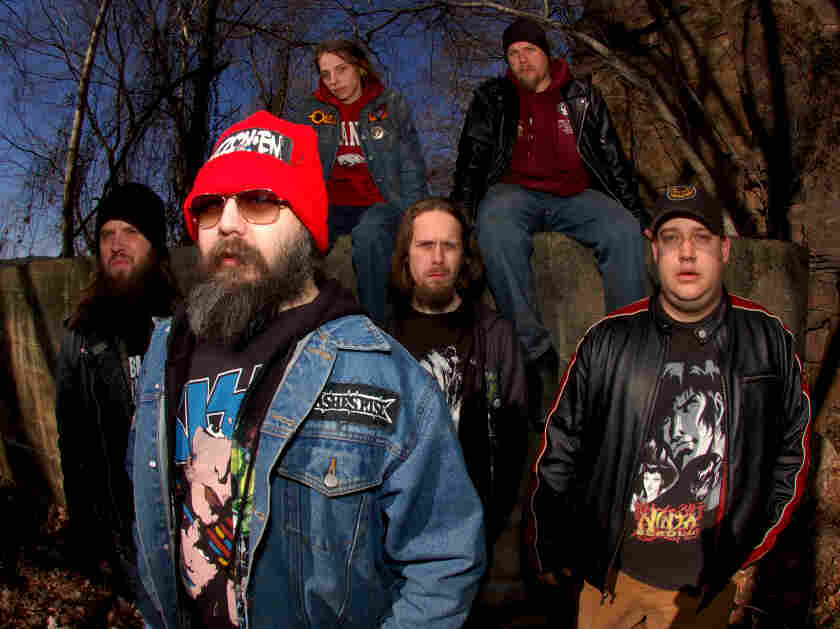 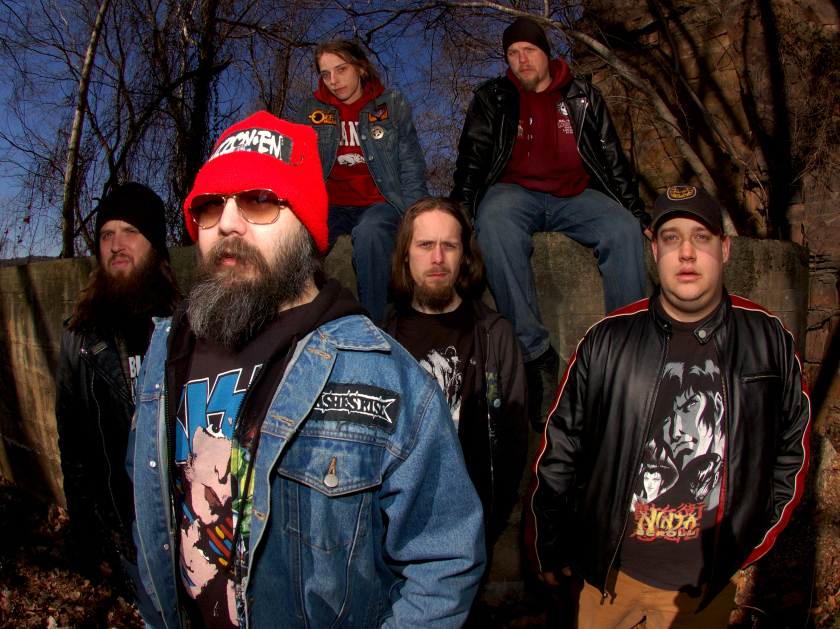 It's been four years since the release of Rwake's impressive Voices of Omens, but the band is finally returning with Rest on Sept. 27 via Relapse Records. "It Was Beautiful, But Now It's Sour" is the lead-off track, a slow-motion, 12-minute song that begins with a serious on-your-knees Lynyrd Skynyrd-style guitar solo, which, according to a short email interview with vocalist CT, isn't the only one on Rest. The main riff remains largely unchanged throughout: It's a lumbering swamp monster surrounded by a lazy-eyed guitar melody and CT's searing vocals, which are somehow even more punishing than before. That said, CT's voice can transform itself into an emotional howl when the moment demands it. I love how the song unfolds in general — more rhythmic and psychedelic as the tempo progresses, perhaps a bit like the more percussive parts on Kylesa's Static Tensions.

Where has Rwake been for the last four years? Causin' trouble?

Oh, god, not hardly. We are too old for trouble anymore. Well, maybe just a little. Just laying low, having more kids, finding deeper inspirations for newer songs. Really just hiding out, but not around the mid-South. We have been playing shows around here, and finally getting over to Europe thanks to Ben from Hellfest, Walter from Roadburn, Tony from 1st Contact Agency, and Relapse Records.

There aren't too many lengthy songs in Rwake's discography, but they tend to be my favorite. Do you find more room to explore in length, or is a song like "It Was Beautiful, But Now It's Sour" a result of song-patchworking?

It's honestly never patchwork. If anything, that song was about three or four minutes longer and we cut it down. Same with all the songs on the album. The new album seems very free in that way, meaning lots of room to explore. To me, the only song not on a full exploration would be the third song on the album, "An Invisible Thread," but still it's about nine minutes long — the shortest on the record. The other songs seem very open range with endless boundaries.

I absolutely love the Lynyrd Skynyrd guitar-hero intro in this song — it gets me in an air-guitar mood. Is there more of that on Rest?

Yes, all over the place. Again, not on the third song, but the other songs are all over the place. The other two lengthy tracks — "The Culling" and "Was Only a Dream" — are heavy with the guitar work. "The Culling" has dual solos and ends with a heart-ripping solo from Kiffin out of nowhere, and the solos toward the end of "Was Only a Dream" are Gravy basically getting possessed by Randy Rhoads. Both songs have long acoustic interludes within the songs, and when we play live, Jeff [Morgan] is playing third guitar from behind the drums. There are parts of the beginning of "The Culling" that actually make you feel lost. 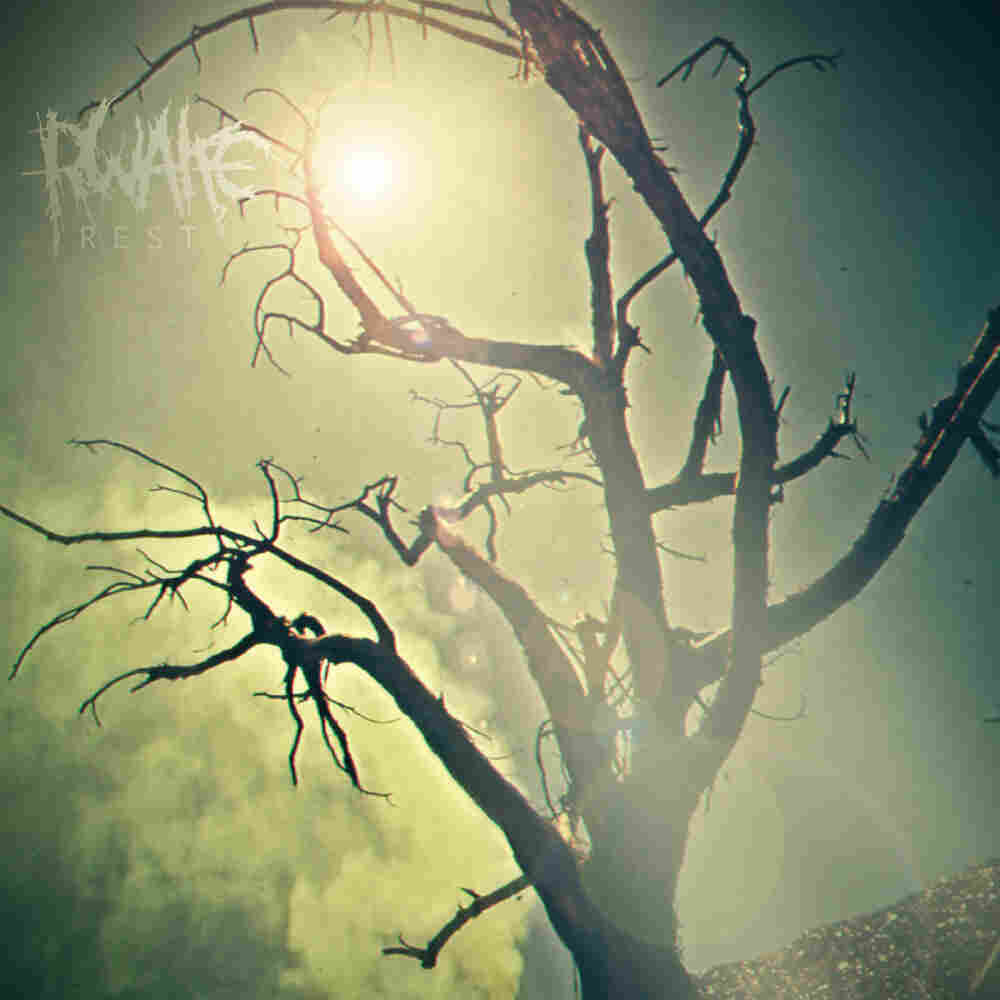 The artwork for Rwake's Rest. Courtesy of the artist hide caption

Being a southerner myself, I've been eagerly awaiting the release of Slow Southern Steel, your documentary on metal below the Mason-Dixon line. I understand there have been some major hold-ups since the film finished production two years ago. What's going on?

Well, my magic man behind the scene, David Lipke, also works for ESPN2, and he works all the time. We are basically making this movie around times off and whatnot. It is done enough for us to be showing it in film fests, but we are still tweaking it here and there for perfection. We've played it at the Little Rock Film Fest, and it was nominated for Best Director Little Rock Film, which was a huge honor. It went up against some really awesomely made movies. We have it submitted at other film fests, and we are showing it here and there for promotions. We'll have a website up soon. I do not check the Facebook stuff, but the rest of the Slow Southern Steel crew does, so everyone please hit it up.

Advisory: This trailer for Slow Southern Steel includes language and content that may not be suitable for all ages.