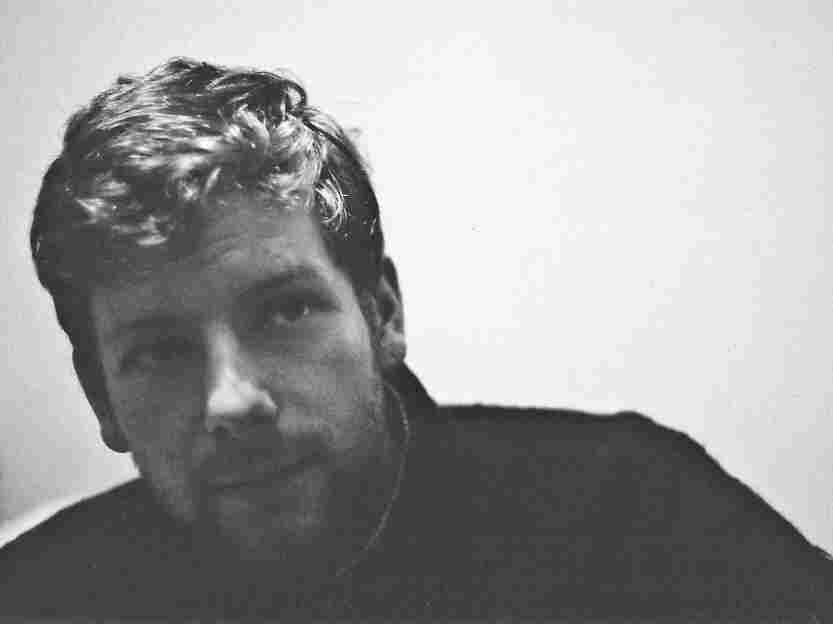 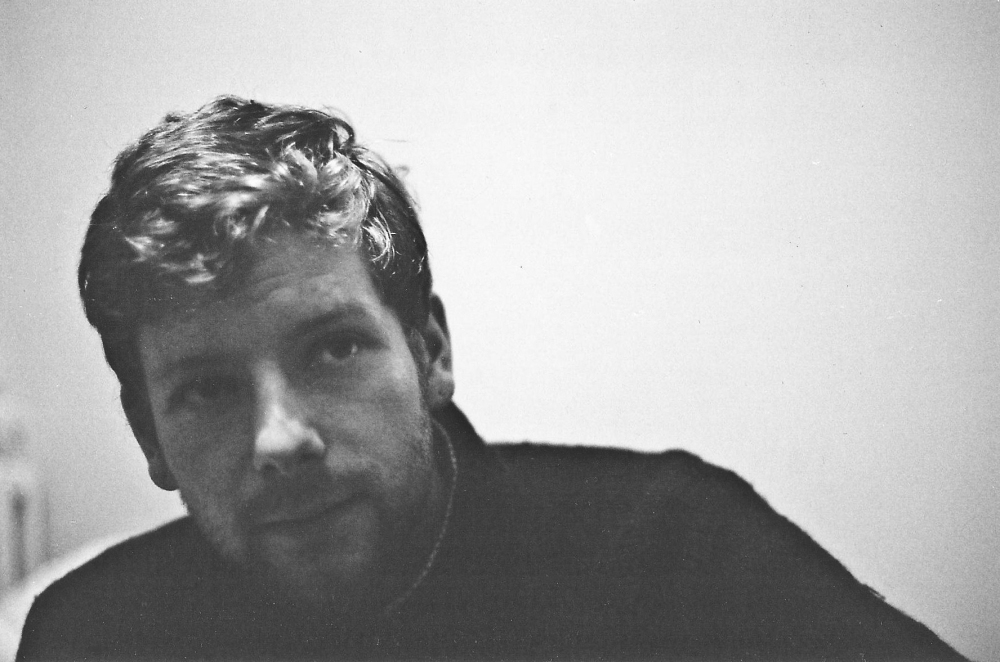 Ailbhe Nic Oireachtaigh/Courtesy of the artist

It's been three years since Cian Nugent released Childhood, Christian Lies & Slaughter, a solo guitar album recorded at his fourth-ever live performance ("Knots" appeared in our Second Stage series). The Dublin, Ireland-based guitarist was all of 19 then, influenced by a then-thriving American Primitive revival led by the likes of Glenn Jones, James Blackshaw and the late Jack Rose (who, I will always mention, is sorely missed every day). That music hasn't gone away; in fact, at the moment, I'm stunned by the raw talent of younger performers like Daniel Bachman (a.k.a. Sacred Harp) and Sam Moss.

On his second record, Doubles, Nugent (no relation to Mr. Cat Scratch Fever) has developed considerably. His roots are still firmly in the droning acoustic meditations of John Fahey — as heard on the side-long, mostly solo guitar piece "Peaks & Troughs" — but are more haunting and moodier for all their tangents into abstract figures. But it's the B-side that stretches Nugent further. 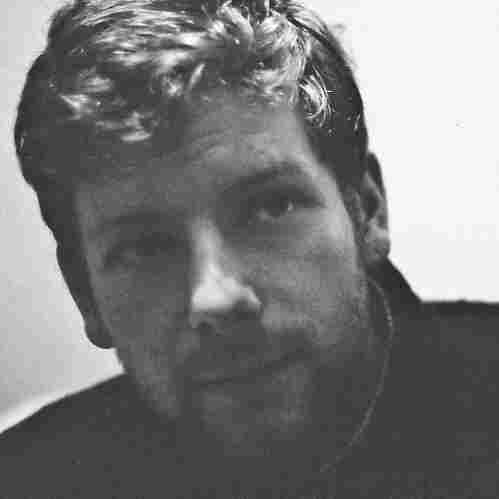 Ailbhe Nic Oireachtaigh/Courtesy of the artist

Doubles is available from VHF Records.

"Sixes & Sevens" begins soli with light percussion, but at 3:09, the band enters and suddenly we're snatched off the curb for a cinematic drive. With drums, woodwinds, viola, brass and organ, the 24-minute track studies a soul in rapturous torrent. It calls to mind Jim O'Rourke's instrumental Americana masterworks like Bad Timing or The Visitor, but it's looser and more prone to turn melancholic despite flourishes of bright brass.

When I emailed Cian Nugent for a little background on "Sixes & Sevens," I never expected a full story. To understand his passion as a music-maker, read how much time has changed his approach to songcraft; as he says, Doubles "wouldn't really have been possible to do without making those mistakes."

Thinking back about the development of this piece leaves me feeling slightly baffled. I know that for quite a long time it existed as quite an obsession for me. I felt that there was a way I wanted it to be, and I took a long time to figure out how I could achieve that. When I began work on it, I really didn't know where it was going to go and where it did end up going was, for me, quite unprecedented; as a result, I kind of had to make up the rules as I went along.

The first elements of it emerged around three years ago in the form of various different guitar parts that I felt connected somehow, but needed a logic and flow to them that wasn't there at the time. Over the course of a few months, I looked for pathways through the piece that would make sense, or if not, to at least have reason not to. There were a few key changes that took me quite a long time to figure out how to get through in a way that I liked. Over time, I had a few eureka moments where new routes revealed themselves to me and connected some of the sections. Initially, I was approaching writing it in a similar way to how I had approached writing shorter pieces in the past, putting a few different sections together in a way that I thought worked, but with this one it just seemed that it should make sense for it to be longer. After a while, I found that I had a piece of about 12 minutes on my hands that I didn't think dragged on too much and I liked all of the sections of. As far as I can remember, this piece had pretty much all of the same sections as the finished piece does, but in a condensed solo guitar form.

Around a year before this time, I had started to play in a duo with a friend of mine called David Lacey. I had been bringing my solo guitar pieces to David and he had been playing some percussion along with them, some quite abstract parts and some more direct rhythmic percussion. So I brought this longer piece that I had been working on to him. As soon as we began to play it together, and gave each other room to do our thing, 12 minutes turned into around 18 or 20. I remember the first day we played it together, walking along the canal in Dublin and being really excited to have started work on it, I felt it was pretty strong and was jazzed to play it live. Over the course of the next few months, we played this duo arrangement of "Sixes & Sevens" around Dublin and honed our chops on it until we had it where it seemed like it was about ready to be committed to a recording. As we had been playing it live, I began to hear the possibility of other instruments fitting in nicely with it and filling out the sound. The one instrument I had my mind set on was clarinet, so I thought of my friend Chris Hladowski from Bradford, England, one of the finest musicians I know, and asked him if he might be on for coming to Dublin to play on the record. Chris kindly obliged, so we arranged to do some recording and a tour around Ireland for his bands Nalle and the Family Elan. As things developed, I wanted to translate what I was doing with a solo instrument into a broader musical context to try to draw on more of the different types of music that I love while still using what I can do in the form of acoustic guitar music. In my blind ambition, I wanted the recording process to match what I had in my head of the piece so I made it about as difficult as I could.

I arranged to do the recording in an old church in Kilternan around a 20-minute drive from where I live in south County Dublin. My friend Ailbhe Nic Oireachtaigh's mother Ann is the organist in this church, so she kindly allowed us to set up camp in the church for a day. A friend of mine and David's, Paul Vogel, agreed to come up with us for the day and record proceedings.

We had four microphones and two two-channel recording devices, so we had to be pretty frugal with our mic positioning. It was a long March day and a particularly cold one. We had some electric heaters that we could have on between takes, but they had to go off for each take to prevent getting hums. My mother shuttled us and all our stuff up and down in her Nissan Micra and did a couple of chip runs. Newspapers full of chips.

As the evening came on, we still hadn't got the whole thing down and felt that we were lacking something. I rang my friend Ailbhe who lived down the road and asked her would she be on for coming to the church to play some viola on the record and she dropped down. We started up again, and this time things were sounding right and it seemed like we could do it now. We ended up in the church until around 2 a.m. that night, having arrived there around noon. The day was spent doing take after take. When you're trying to record a 20-plus-minute piece in one go, doing a few takes eats up a good portion of the day. A while after the recording, we began mixing the whole thing and trying to bring together the best parts of the day from the two machines we had recorded on. After a few weeks of working with all the material, the realization came over me that it really hadn't turned out all that well; the main problem we had was bleed between microphones resulting in the drums sounding meek and phaser-drenched. So I found myself almost back at square one, Chris having returned to England and my resources pretty drained. My big notion of recording in a church hadn't served me too well. I was feeling pretty exhausted with the whole project, but knew I needed to finish it.

After talking with David, we agreed that the best bet we had was to go into a studio and try again, having learned from our last attempt. I got in touch with Jimmy Eadie, who anyone I spoke to in Dublin told me was the dude to do it. I had a phone call with Jimmy and immediately felt revitalized on the whole thing, excited to get working on it again and this time nail it. So I set about trying to reassemble the group. I asked Seán Mac Erlaine if he would be into providing a new take on the clarinet parts, and David started playing a full kit, as we would have proper isolation between instruments for recording the number.

We spent a few months practicing with the new group, and then went into Jimmy's studio in Dublin city and started laying it down. Working with Jimmy was a real blast — he's really focused and in the zone, but also musical and understanding of how people can work. I soon learned that with an unwieldy piece such as this, having as much solidness with regards to recording it was pretty important. Overall, we spent around three days in the studio over the space over a couple of months; it was necessary for me to have some time to listen back to things and get a feel for what was going on and see what more needed to be done. After listening for a while, I began to hear space for some horns, and Bill Blackmore came in and killed it for them. I also worked out some organ parts and really enjoyed playing some Hammond on there.

Overall, the process was a really great challenge. I made a lot of mistakes along the way, but it wouldn't really have been possible to do without making those mistakes. It took a long time to piece together, but I don't think I could have done it any faster, as there were a lot of things that I really needed to think out and see how they could be done best. Not having done an extended piece before with a band, I learned a lot; it was a pretty steep learning curve. It was great to work with really good people, and I'm totally indebted to them.