Accessibility links
F---- Up's Video For 'The Other Shoe' Will Make Your Heart Hurt A Little : All Songs Considered Watch a wistfully sweet music video for "The Other Shoe," from the hardcore band's rock opera. 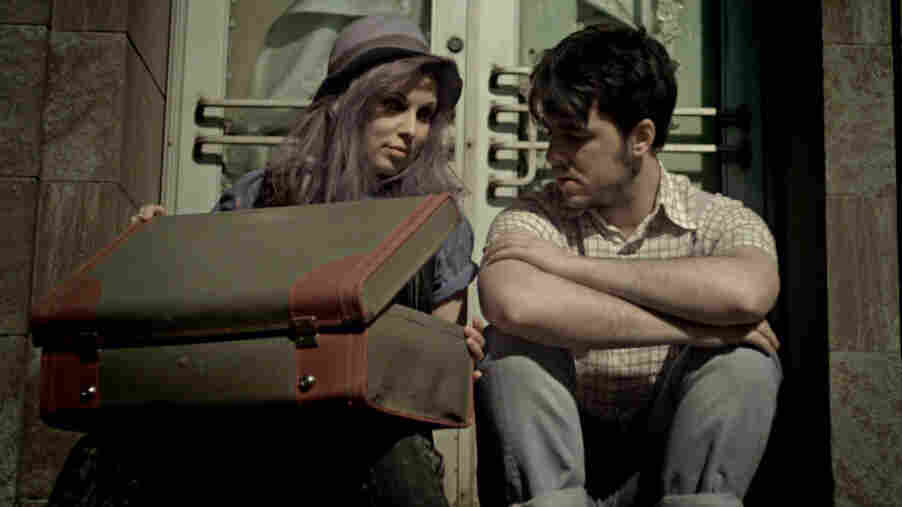 "Veronica, why is there a bomb in that suitcase?" Courtesy of Matador Records hide caption 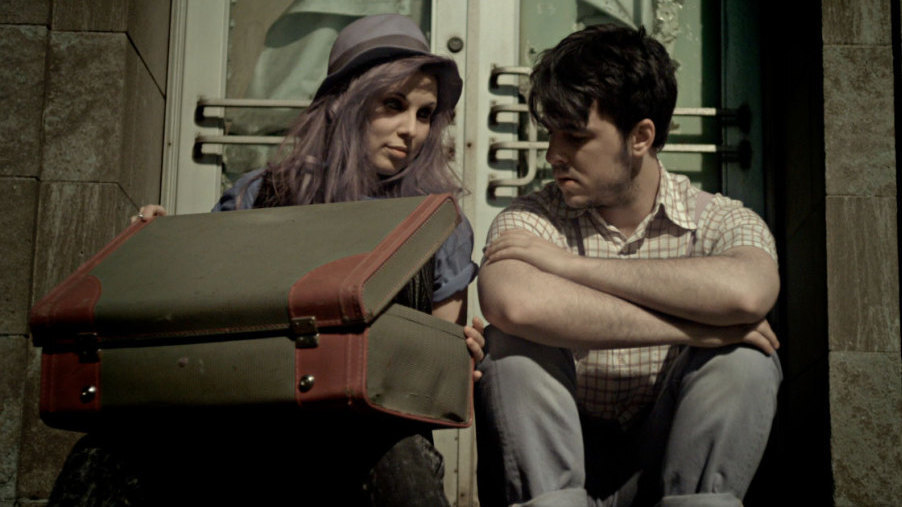 "Veronica, why is there a bomb in that suitcase?"

Is it a little weird that there's kissing in F---- Up's new video for "The Other Shoe"? It's a little weird. But so is the video's creepy guy in the frilly shirt.

Let's back up. The Canadian hardcore band's album David Comes to Life is a sprawling rock opera about two doomed lovers named David and Veronica (the maker-outers), an explosion gone wrong (presumably what's in that suitcase) and an interloping narrator named Octavio (the bug-eyed stalker). Maybe I'm a little overly invested in the story and its meta-narrative twists and turns, but all you really need to know is that "The Other Shoe" captures a bittersweet moment before David's fall.

"This is not going to be the happy tale of a young man finding love in a loveless world," frontman Damian Abraham told me back in May. In other words, enjoy the stylized making out and leering looks while you can, because if F---- Up is rolling out these videos chronologically, it's only going to get darker from here.

It's been fun watching F---- Up go from a subversive music video band to letting legit directors take on the group's massive vision for David Comes to Life. Scott Cudamore had young schoolchildren scream and sing the boy-girl roles in "Queen of Hearts," and now Matt Eastman visits the fictional Byrdesdale in half-remembered hues that recall Sofia Coppola. Both tug at the heart in different ways, and I'm looking forward to F---- Up tearing apart my heart more as the story progresses on film.