Danielle on The Format, 'On Your Porch' 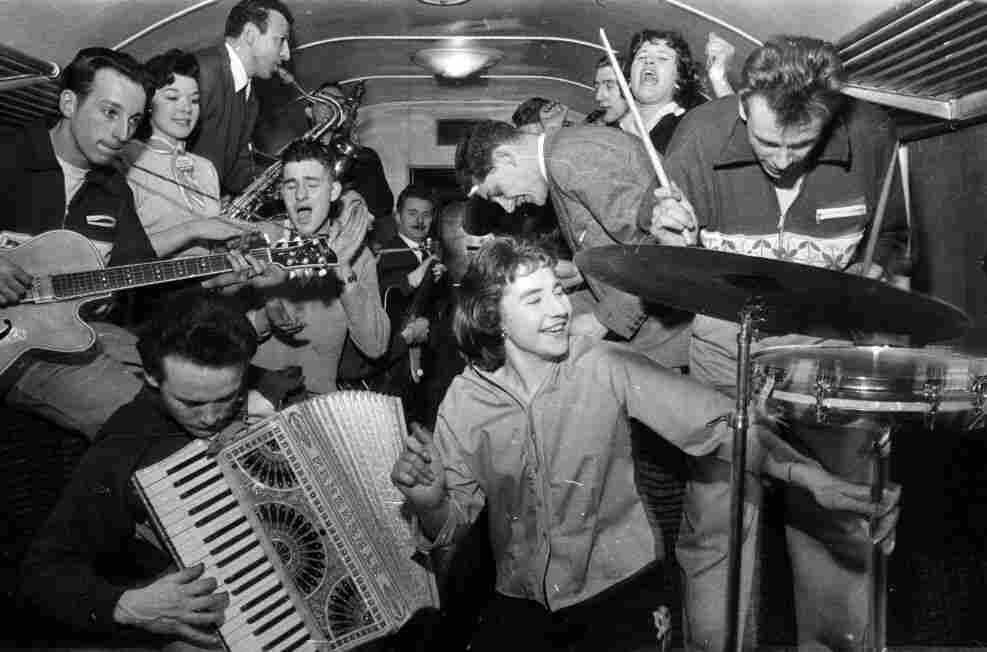 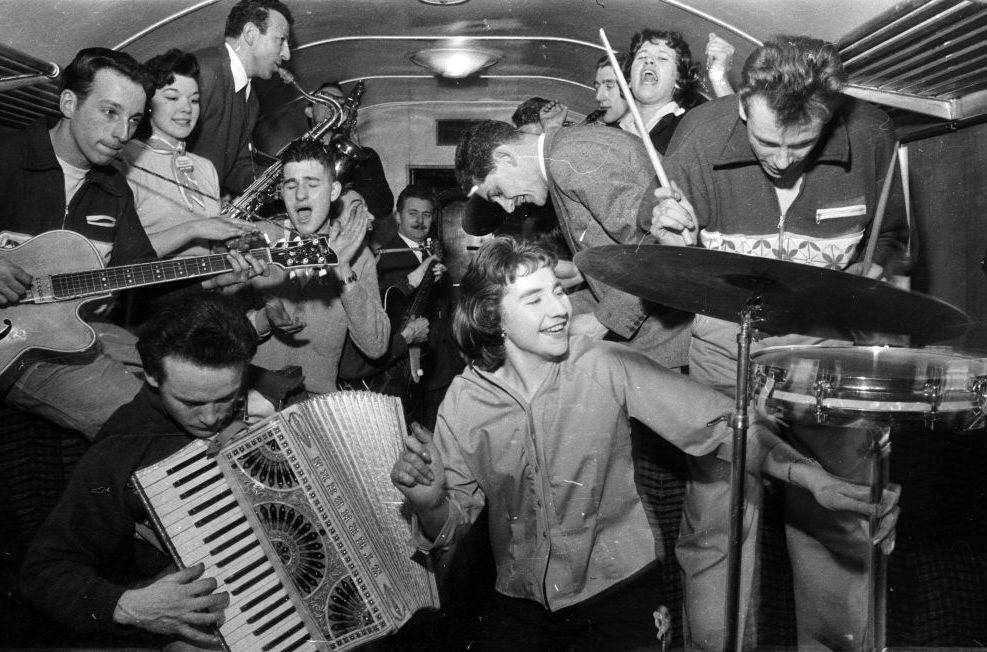 For most people, crying is more cathartic than smiling. That might be why Bob and Robin's call for Songs That Make You Weep got so many responses. But that's not to say people aren't happy.

Lots of listeners wrote in to tell us about the songs that make them feel good. Others took to the All Songs Considered Soundcloud page to share the songs that lift them up when they're feeling down.

In fact, there were so many feel-good songs to choose from that the latest All Songs show couldn't possibly handle them all. So, just like all those leftover tearjerkers, we decided to post a few more happy songs.

Check out our listeners' tales, then let us know what songs make you feel good in the comments section.

I was dropping my sister off at her apartment on a Sunday afternoon when I heard Edward Sharpe and the Magnetic Zeros' "Home." We had one of those "driveway moments" and just sat and listened. I've adored the song ever since. People, not places, have always been my sense of home, and I couldn't think of a better person to share that first listen with, or a song that sums up how I want to feel about the people in my life. Whether it's romantic or friendly, the people in my life that I love the most should make me feel as joyous as the song's horn section sounds. I don't think life gets any better than that.

"Nightswimming" by R.E.M. reminds me of my childhood and teenage years growing up in the South. Swimming in the bay, a local pond or sometimes climbing the fence of the local community pool and diving in on a hot summer night. Absolute heaven.

Kelly on Built to Spill, 'Car'

Contrarian before Mencken was cool, no matter what it is, Julius "Groucho" Marx is not for it — or so his character, Professor Wagstaff, claims in that famous scene from 1932's Horse Feathers. The fourth Marx Brothers film, the song was written by deuce aces of the era Burt Kalmar and Harry Ruby. But, as always, the delivery is all Groucho. And it gets me every time. Clad in full academic garb, his mortarboard slightly askew, Wagstaff never cites specific things to which he's opposed. "Whatever it is," he dismisses so brusquely, "I'm against it." And again, my inner curmudgeon melting, I just can't stifle the chuckles.

Danielle on The Format, 'On Your Porch'

Whenever I hear "Bright Side of the Road" by Van Morrison, I'm reminded of one of the toughest years of my life... but in a good way. 2009 was full of heartbreak and struggle — a couple difficult and very emotional break-ups, the most challenging academic semester yet, graduating into the shambles of a broken economy, my closest friends moving states away, living in my parents' basement (I know that's not a big deal, but it sure wasn't my dream as a 22-year-old), and so on and so forth. Some time during all of that, a friend sent me a mix with "Bright Side of the Road" in the midst of several sad songs (lots of stuff by Boilermaker, Magnolia Electric Co, etc.), and I was suddenly at peace and even, daresay, happy about my situation. It brought everything into perspective: I was definitely in a bad phase of life, but it was just that — a phase. Surrounding me were the greatest family and friends, who not only loved me but supported and stood by me no matter what. Everyone goes through a dark time, but there will always be people to share the load and carry you through it.

A song that never fails to put me in a good mood is "1979" by The Smashing Pumpkins. Part of what I love about the song is the video they made and where I was in life when it was released. In 1996, I was 16 years old and really related to the kids in the video who were driving around for no real reason, but were also content to cruise around with friends listening to great music with the chance to be away from their parents for a while. Thinking back, life seemed so easy at the time. No indication of the peaks and valleys to come. Just cruising around, windows down, hair blowing in the wind, and great tunes pumping from a crappy car stereo. What could be better?