Accessibility links
The Music We Played On Sept. 11, 2001 : All Songs Considered As NPR covered the events of Sept. 11, it was music that gave listeners time to reflect; to digest the images and the impact. Hear some of the songs we played 10 years ago in the days following the attacks. 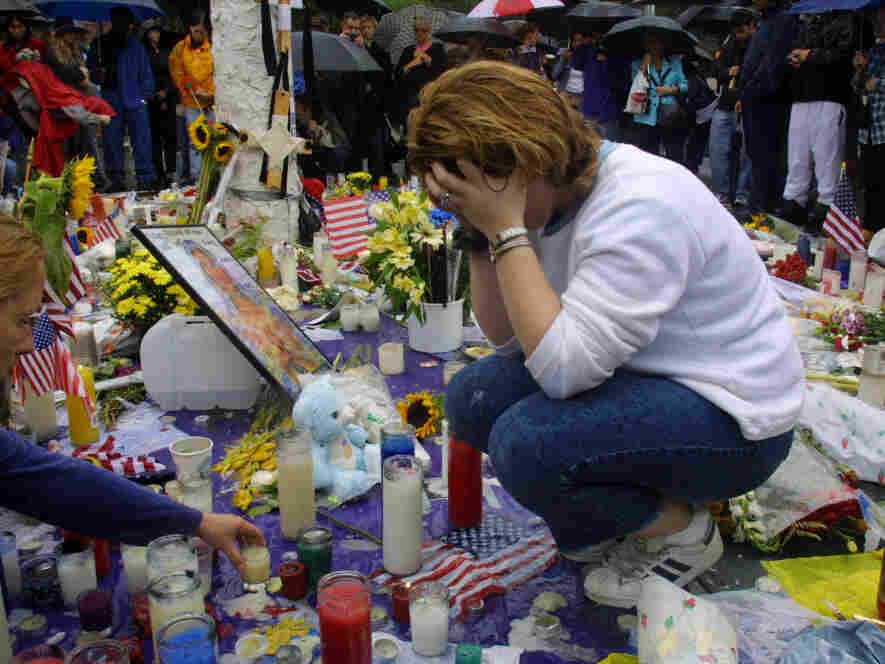 As NPR covered the events of Sept. 11, 2001, it was music that gave listeners time to reflect; to digest the images and the impact. So many letters came to NPR telling us how comforted they were by the music. A few days later, we put together some of those songs for an episode of All Songs Considered, in part to answer some of those letters wondering what we'd played (precise record keeping was impossible), and also to create an aural snapshot that in some small way tried to capture the tone of a nation shaken and changed.

At the time, All Songs Considered was a very young show and looked and sounded very different from now. For one thing, we used to do a lot of slideshows with music and text. This was in the day of dial-up connections, so the quality of the images and audio was pretty rough by today's standards, but hopefully no less affecting.

This is the little slideshow we did after Sept. 11, followed by some of the songs that were played during the live coverage.

Music From Behind The Wall

Hill of Solitude-Valley of Festivity