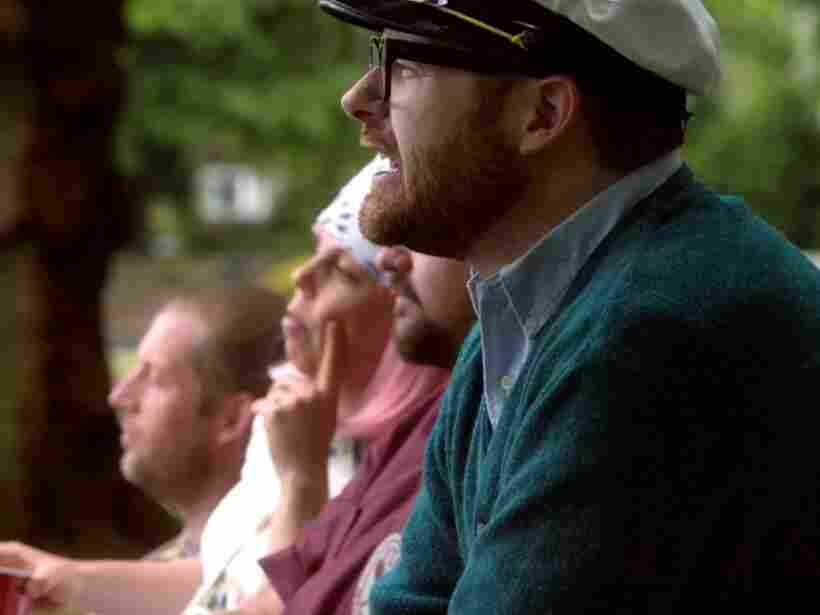 The Decemberists watch a dystopic tennis match. Courtesy of the artist hide caption 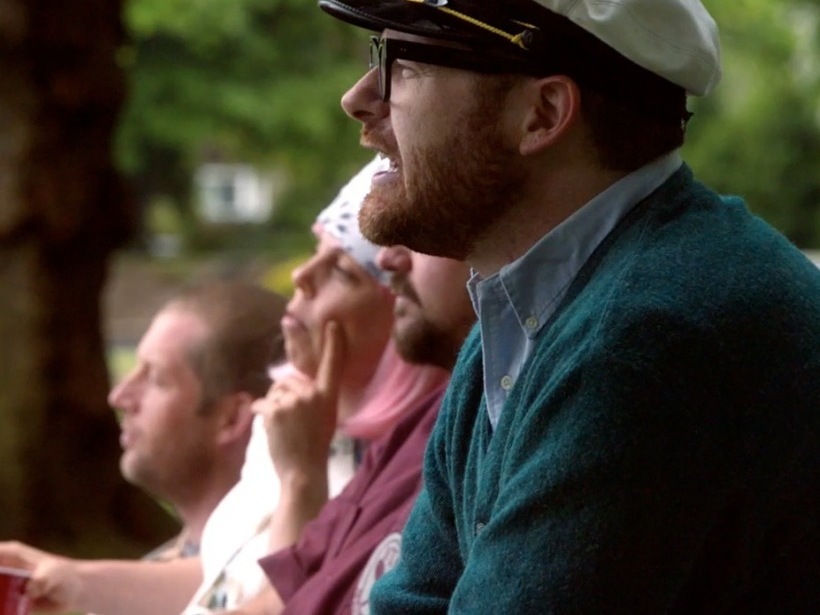 We all know about Trekkies. Or those Star Wars super-fans who go to Comic Con dressed up like Boba Fett. But what about all those Infinite Jest worshipers out there? Who can they turn to for obscure references to David Foster Wallace's magnum opus? Well, The Decemberists, of course.

The new video for "Calamity Song," from The King Is Dead, takes us into the dystopian world of the novel. But not everyone was thrilled about the idea as the concept for a video.

I wrote "Calamity Song" shortly after I'd finished reading David Foster Wallace's epic Infinite Jest. The book didn't so much inspire the song itself, but Wallace's irreverent and brilliant humor definitely wound its way into the thing. And I had this funny idea that a good video for the song would be a re-creation of the Enfield Tennis Academy's round of Eschaton — basically, a global thermonuclear crisis re-created on a tennis court — that's played about a third of the way into the book. Thankfully, after having a good many people balk at the idea, I found a kindred spirit in Michael Schur, a man with an even greater enthusiasm for Wallace's work than my own. With much adoration and respect to this seminal, genius book, this is what we've come up with. I can only hope DFW would be proud.

Director Michael Schur, co-creator of Parks and Recreation and a veteran of The Office and Saturday Night Live, gave us his side of the story:

The band's manager, Jason, contacted me through his brother Michael (with whom I went to college) and asked me to direct a video they were planning that referenced a section of the book Infinite Jest. The Decemberists are my favorite band, and Infinite Jest is my favorite book. This was tantamount to telling me I had just won two simultaneous Powerball lottery jackpots, on my birthday, which was also Christmas. Thus, my response to him was that, although I was pretty sure this was an elaborate dream I was having, if it were in fact real, then yes, I would be interested. The production team on Parks and Recreation, many of whom are also big fans, volunteered their time and energy, and we shot the whole thing in one day in Portland. Infinite Jest geeks will hopefully enjoy all of the specific references and small details, but we tried to design it so that those with no knowledge of the book at all would be able to understand and enjoy it, as well.

Did they succeed? Let us know in the comments section.