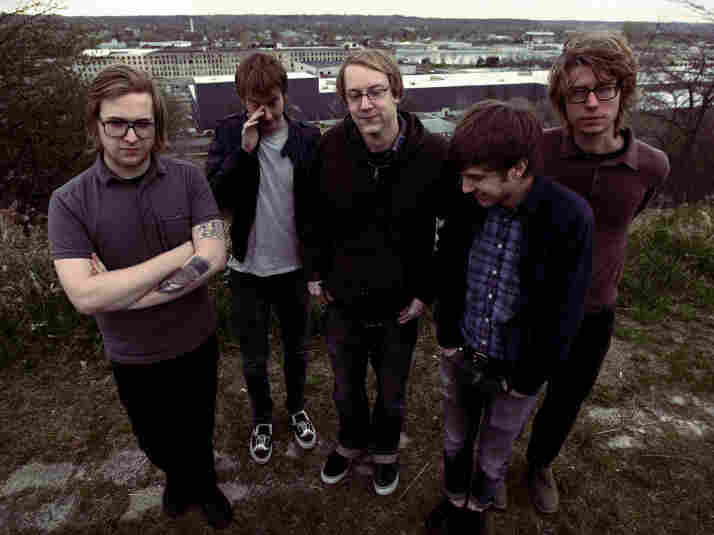 Sometimes it's baffling to me how one genre of music can encapsulate so much sound and, ultimately, render its own tag useless. Even within a very specific sub-genre, like post-hardcore, the melodic tendencies that distinguish it can go from soaring space-rock to ironic '80s cheese-metal posturing. La Dispute fits into neither, opting for muted punk-rock anthems that can be as lush as they are explosive. For an example, consider this premiere of "Harder Harmonies" from the Grand Rapids band's forthcoming second album, Wildlife. 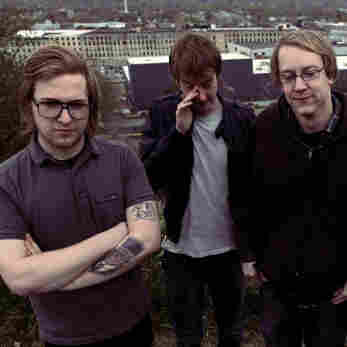 La Dispute has all the hooks of a pop-punk band raised on At the Drive-In, as well as a surprising sense of restrained propulsion for a hardcore band. But La Dispute's most distinctive weapon is vocalist Jordan Dreyer, who alternates an almost conversational, raspy scream with spoken word. Normally, I can't stand spoken word in any context, but Dreyer's impassioned delivery makes it work within these bold musical arrangements. In an email interview with Dreyer, we touch on just that — and, owing to his own poetic lyrics, I ask which poet would have made a great post-hardcore frontman.

There's a small history of spoken word in hardcore. You could almost make the argument that a barking vocalist is just amplifying his words. When not screaming, what compels you to speak your lyrics?

Different parts in songs convey different moods, tones and emotions and thereby require different approaches to capture them effectively. One way in which we try to accomplish that is by scaling the intensity level back at times and by pushing it forward at others, both musically and vocally. Our songs are often story-based, and generally contain more than one idea or theme. And, because not all of the those ideas or themes are outwardly angry or intense, screaming isn't always called for. Additionally, and I think this is pretty universal for punk and hardcore bands that don't sing, you have to do different things with your voice to make parts engaging, because you don't have a vocal melody you can change from part to part. Talking a line here and there instead of just yelling breaks things up and, ideally, makes parts more interesting. Plus, it makes the intense parts that more intense when you have something more subdued to compare it to. So, it works on a bunch of different levels. And it probably applies to spoken word, as well.

While the vocals are at the center of La Dispute's songs, there's some really strong songwriting going on. The songs are bolder, but hookier, too, this time around. How do you guys work out songs?

This time around, we switched the process up entirely. Previous to Wildlife, we'd always start music first and add vocals later based on the way the song felt. This time around, because we had a more concrete concept going into it, and because we wanted to work even more as a single unit (and also because we just wanted to see what would happen when we changed things up), we started with a story or a theme and we'd build the songs around that, trying to capture the moods and tones of that story or idea along the way. That's partly why I think the songs are bolder than a lot of what we've done in the past. Having the story ahead of time allowed us to really push the emotions it contained to make them as impactful as possible musically, so there's a greater depth in a way.

As for how they came about exactly, the four guys in the band who play instruments were all writing a lot on their own at the time, so there was a lot of, "Hey, I wrote this part and I think it fits that mood perfectly" when I'd come with my idea for the song. Generally, we'd discuss, amend accordingly, and roll with that part. Sometimes that part was a whole song, sometimes short guitar or bass or drum parts that were lengthened and added to, and sometimes just compositional ideas that we'd shape together, which I think is part of what makes some of the songs seem more hook-based than previously. There were a lot more common musical threads strung from the beginning to the end of individual songs, and when there wasn't, there were singular musical voices, like when someone would come with a whole song, so the songs on this record are often (but in different ways) less sporadic than the ones on our last full-length.

Poetry is a large part of La Dispute, even down to musical readings of Edgar Allan Poe. But it all comes through the whole experience. So here's a silly question: What poet should have fronted a post-hardcore band? And which band?

I'm going to say more of a difficult question than a silly question. But I guess silly, too. And kind of fun. First off, it should be noted that picturing any notable poet as the singer of a hardcore or post-hardcore band makes for a pretty hilarious mental image. T.S. Eliot stage-diving or Emily Dickinson passing the microphone? Great stuff. Second off, I spent the last day thinking about this and haven't come up with an adequate response. I will say this: I think raging against the dying of the light is a pretty punk concept, so Dylan Thomas would've probably been a great frontman. As for which band, any of them. You pick. And then picture it. Pretty hilarious, huh? And pretty awesome.

Wildlife comes out Oct. 4 on No Sleep Records. You can stream all previous releases at La Dispute's Bandcamp page.