Accessibility links
How Steve Jobs Changed The Way We Listen : All Songs Considered We listen to music in the 21st century in a profoundly different way than we did in the 20th century. Although Apple didn't invent the portable music player, the vision of Steve Jobs and his company changed our listening landscape dramatically in 2001 with iTunes and the iPod.

How Steve Jobs Changed The Way We Listen

How Steve Jobs Changed The Way We Listen

Editor's Note: Steve Jobs died Wednesday at the age of 56. Bob Boilen wrote this post on the occasion of his resignation as Apple's CEO in August. 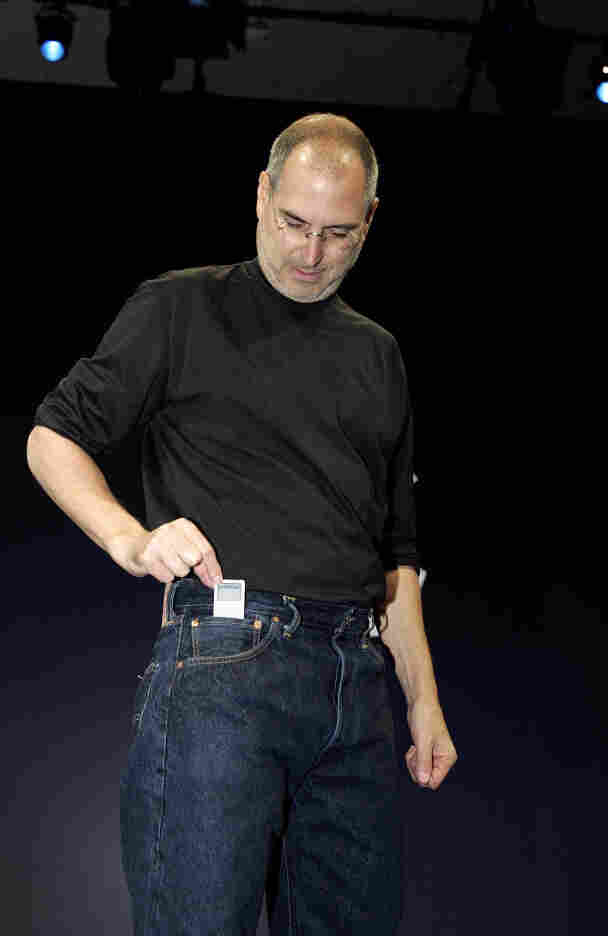 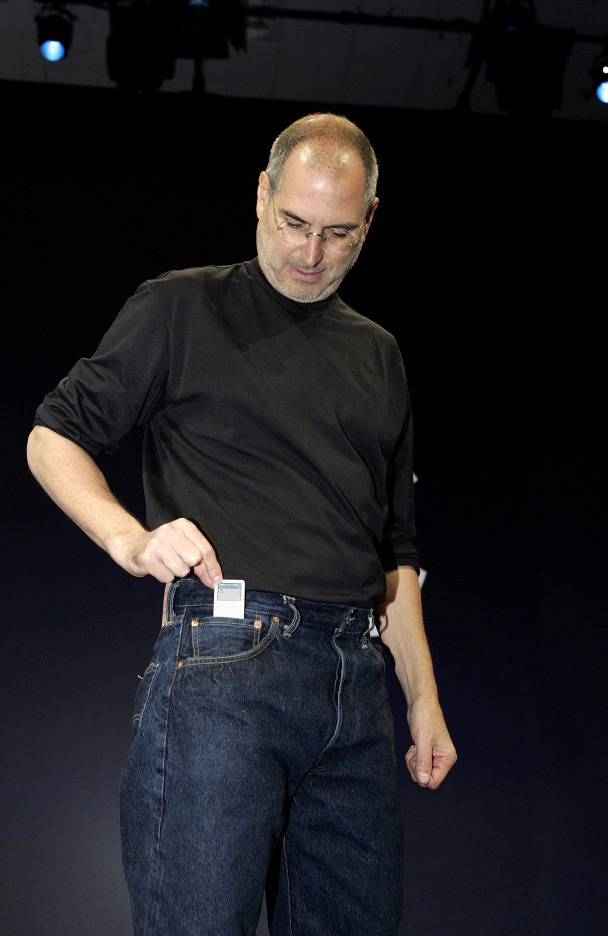 Steve Jobs changed the way we listen to music.

I find the news of Steve Jobs stepping down as Apple's CEO particularly sad. In some ways, I feel something like I felt when The Beatles broke up. Sure, I'd always have the band's music, but damn, what a special time. What special chemistry. It will never be the same.

We listen to music in the 21st century in a profoundly different way than we did in the 20th century. And, though Apple didn't invent the portable music player, the vision of Steve Jobs (a music geek himself) and his company of designers and engineers changed our listening landscape dramatically in 2001 with iTunes and the iPod. Some of those ways are wonderful: Portability of huge libraries, shuffling, quick access to millions of songs, and custom playlists are a few of the upsides. For some, shuffling may be a bittersweet downside, like compressed sound files or isolated listening, but I think the good far outweighs the bad.

Of course, Steve Jobs and Apple didn't invent the MP3 player, but they sure made it work. The creation of iTunes in January 2001, and later that year the release of the iPod, made organizing music, making playlists, and happy random accidents a listening joy. I've put together nearly every All Songs Considered episode using iTunes. I stream my music wirelessly from my computer to my stereo. I drive around and listen to much of my music on an iPod or iPhone. I rate the songs I hear using Apple's software, which changes how often a tune comes up in shuffle, an almost magical feature on the iPod. Musical juxtapositions happen in ways that might have happened with a good radio DJ, only these are my songs and my library, so I continually discover things about my own tastes and how disparate artists and songs in my library connect to one another.

I am, as you may have noticed, an Apple geek. I've been that way since I worked in a TV station that ran on Apple IIs. I even hacked my Atari 1040 with Apple ROMs to make it work like a Mac, before I could afford a real Mac. I followed the work of Steve Jobs even after he was booted from Apple in 1985. I write my own music on Apple computers, edit Tiny Desk Concerts on Apple computers, and spend much of my leisure time creating and consuming on their laptops and iPads.

Of course, Steve Jobs has found his legion of haters as well as followers, but no matter what camp you fall into, spend 15 minutes and watch his commencement address at Stanford University where he talks about his time at Reed College, the school he dropped out of (and where he also became a college drop-in). He tells three very candid, uncharacteristically Steve Jobs stories about life, love and death from a guy whose biological mother wasn't able to parent him, was booted from the company he created and battles cancer. Anyone stuck in a miserable job — or anyone trying to figure out what to do with their life — should watch this. He's an inspiring fellow human. Whatever his future holds, this is my thank you. You changed lives, Steve Jobs, mine included. Thank you.