Accessibility links
Capturing Sept. 11 In A Song : All Songs Considered Musician Marc Farre reflects on the song he wrote about Sep. 11, and how it sounds now.

Capturing Sept. 11 In A Song

Capturing Sept. 11 In A Song

Note: Marc Farre is a musician who lives and works in New York City. Like many artists, he was moved by the events of Sept. 11, 2001, to write and record a song about what happened and what he saw. We received a lot of songs from amateur musicians back then, and Farre's was the most powerful one we heard — it seemed to capture the loss and fears of that day. We recently asked him to remind us how he came to write the song and what it means to him a decade later. 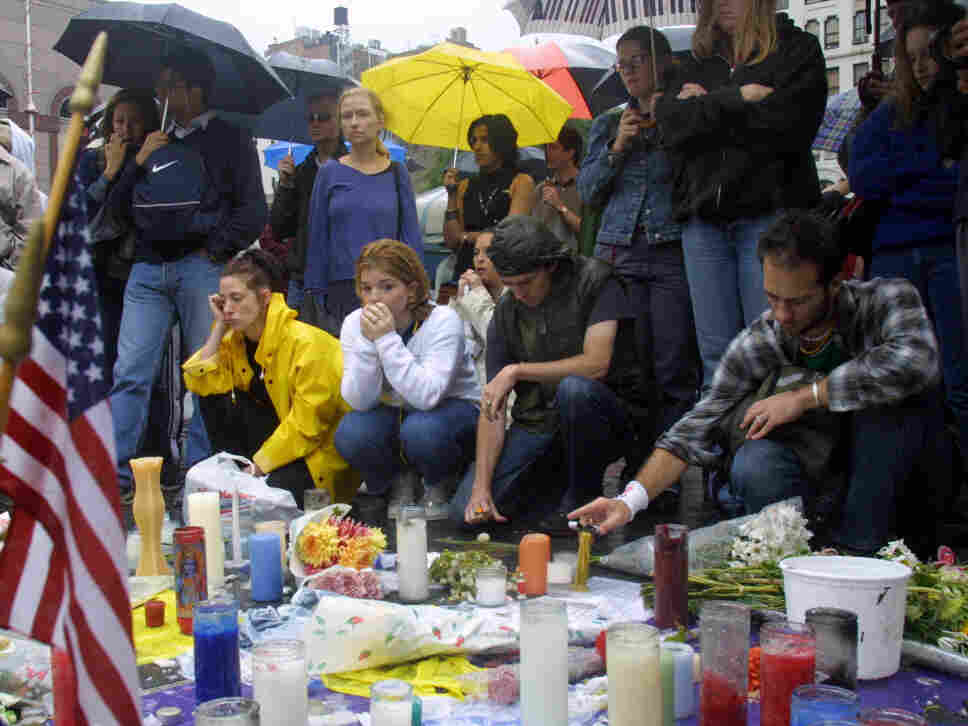 I lived about a mile from the World Trade Center, and had in fact been jogging near its massive feet about 40 minutes before the first plane hit. I didn't see the impact (it happened as I was climbing the stairs to my apartment), but heard about it almost immediately from our local affiliate WNYC — and staggered back downstairs and into the avenue to stand and stare, helplessly, along with a gathering crowd, at an impossible sight: one of those iconic towers with a massive, hideous gash in its heart, spitting flames and smoke.

Like our kinetic city, I was frozen in shock. 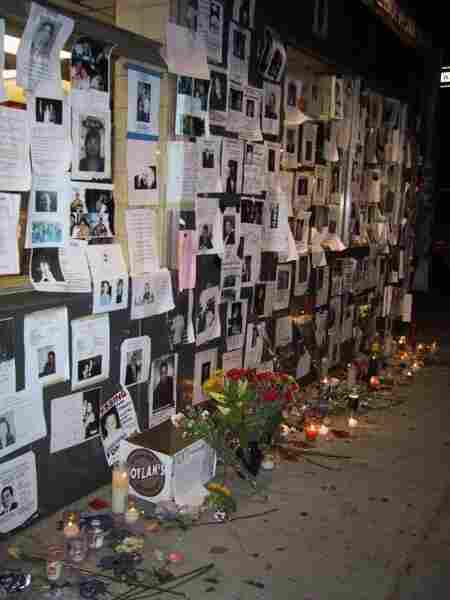 The day after the attack, my neighborhood was a locked-down war zone, smelling of molten metal, dust, tears and devastation, and preternaturally quiet.   I lived near St. Vincent's Hospital (at the time, a Level I trauma center) and went to join the line of those seeking to donate blood. Plastered on every available surface — bus stops, pizzerias, even mail boxes — were hundreds upon hundreds of handmade flyers, with more being posted by frantic New Yorkers who'd come to the hospital to try to find their loved ones.

Those scenes, even more than the horrors I'd witnessed the day before, simply broke my heart.

Along with much of my neighborhood, I spent long hours, days and nights, in silent and sympathetic contemplation of these pieces of paper. Here were pictures of people just like me and my friends, cradling newborns, or relaxing, or beaming on their wedding day. Scrawled on them were desperate, loving words penned in moments of almost unimaginable anguish by people whose husbands, wives or parents had simply not come home — or worse, perhaps, who had called and said they were coming home but never did.

Showing Up: Live Music After Sept. 11

For some reason, these flyers reminded me of Tibetan prayer flags, flapping in the warm breeze. And as I stood there, a simple and haunting melody was born in my head, while the words I was reading practically flew off the papers and rearranged themselves into stanzas in my mind.

The next day, I took off from work, booked an afternoon in the studio, and recorded this song live.

I wrote "Prayer Flags" four days after the tragedy, but it would be more accurate to say "Prayer Flags" wrote itself. I believe it belongs to the victims and their loved ones — but also to the people everywhere whose hearts opened wide in response to this calamity. New Yorkers responded not with hate and slogans, but with calm, courage and compassion. And in the days, weeks and years that followed, I saw sustained acts of self-sacrifice, generosity and love that were far more inspiring than that monstrous attack was devastating.

And, even though our country is deeply scarred still — and seemingly half at war with itself — I still believe in the selflessness, kindness, compassion, courage and hope that I saw and felt in those early surreal, painful days. As I listen to and perform "Prayer Flags" today, 10 years later, I feel it all again, as if trapped in amber. My greatest hope is that it might in some small way help reconnect us with that spirit of compassion and unity.