Accessibility links
First Watch: Barr Brothers, 'Beggar In The Morning' : All Songs Considered In this whimsical and macabre music video, skeletal re-creations of the band spring to life.

Barr Brothers, 'Beggar In The Morning'

Barr Brothers, 'Beggar In The Morning' 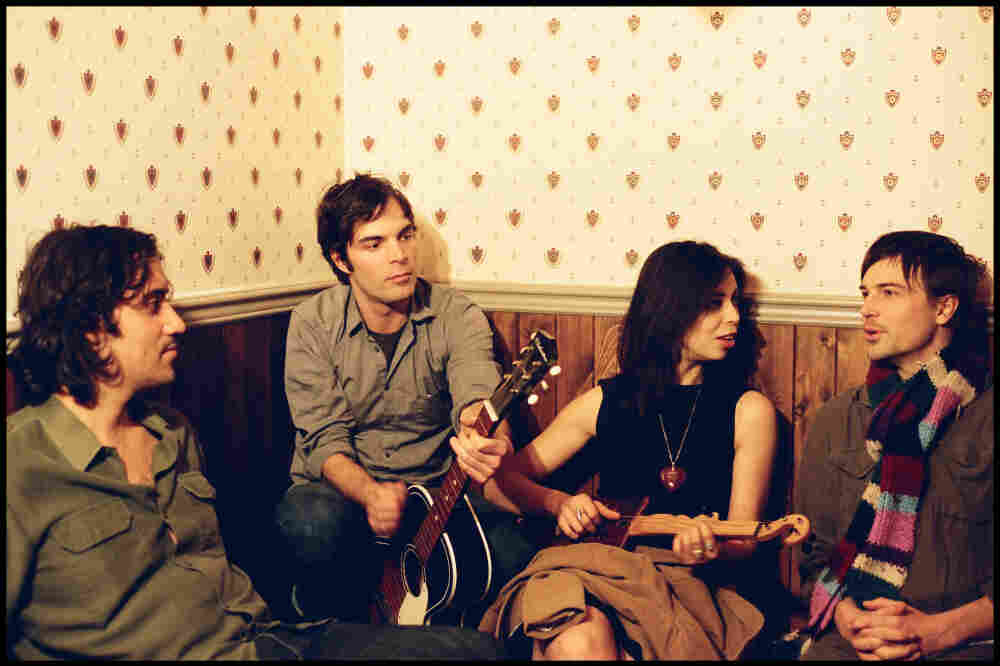 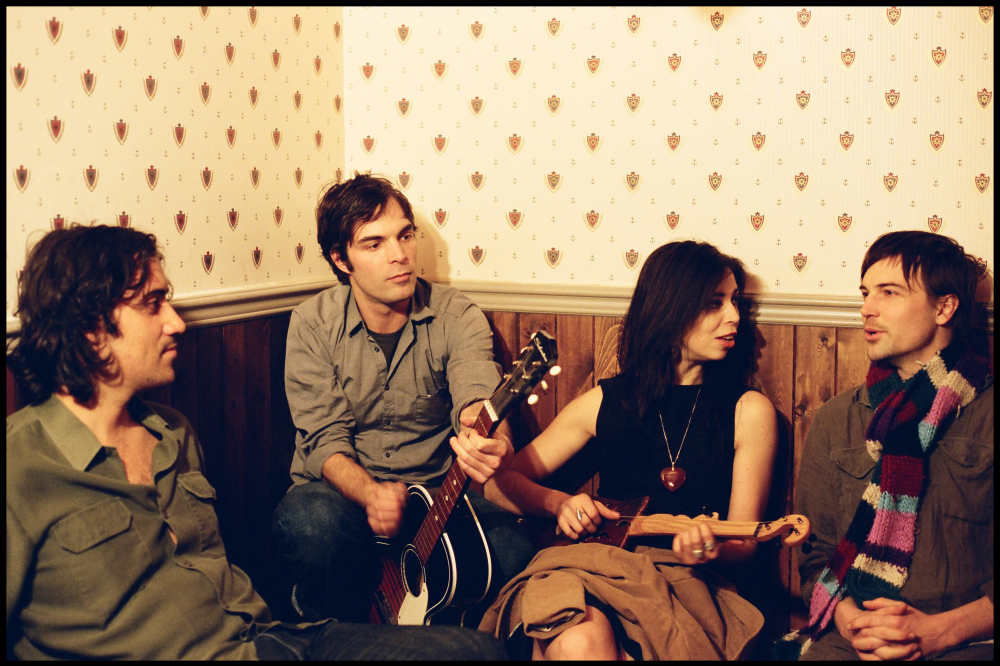 Some people build model airplanes or knit scarves in their spare time. Others, like artist Stephan Bircher, prefer to tinker with road-kill bones. It sounds gross, but Bircher's art is sort of like Tim Burton's or Guillermo del Toro's, combining whimsy with the dark and macabre to create something that's both playful and a little unsettling.

Bircher's artwork is the centerpiece of the Barr Brothers' music video for "Beggar in the Morning." The Montreal band centers on brothers Andrew and Brad Barr, and releases its self-titled debut album today.

Together with the talents of harpist Sarah Page and multi-instrumentalist Andres Vial, the Barrs craft a world that maintains the soft, contemplative sound of much folk music while teasing the ear with overlapping layers of hums, vibrations, whistles and stomps.

The "Beggar in the Morning" video finds Bircher using the mismatched and reconfigured bones of dead animals to construct skeletal likenesses of the band. The bony creatures come to life to perform before a twirling, dancing skeletal audience.

Take a twirl with a skeletal Barr Brothers' band here:

We asked director Sebastian Lange and Brad Barr to give us some more insight into the decision to use Bircher's artwork as the video's centerpiece:

"Beggar in the Morning" has a haunting beauty to it, something redolent of that which runs through all of us. What is it? I want to be a king, like most people, not a beggar, though I have been, like most people. The song strikes a deeper chord, though, less cluttered by the various shades of experience. Something about being a monster rings true, and common. In Brad's words, "I think about how the world, and our society is guided by paradox, how these paradoxes are not just a play within us, but are an important part of what drives us and keeps us vital." The dancing skeletal figures - carved by the artist Stephan Bircher from bones taken from roadkill, joints held together by magnets, moved by mechanized gears made with the precision of a watch maker — emphasize the paradox. In spite of the seeming morbidity of these skeletal roadkill bone figures, they are somehow jubilant in their character, in how they move, in their dance. There was an improvisational nature to the filming. As we worked through the night, it became interesting to include the artist's process in creating skeletal figures of the band members. This allows the viewer to discover the dance hall of the bone people ... these beautiful marionettes, these dancing skeletons, that are what we are — skeletons dancing to celestial music. All the world's a stage, do your part, shake your bones. The Barr Brothers are bone shakers.

The idea for the "Beggar in the Morning" video came after I met the artist Stephan Bircher in British Columbia. A friend of mine was sharing an art opening with him. The next day, I went out to his studio and was introduced to this wonderful dark and playful world of his imagination — objects from the natural world — bones, shells, skulls, reused and redefined with rusty old machine parts. With the flick of a switch, it all comes to life. I always thought that a video would be the best way for people to see his work, since it's very involved and expensive for him to dismantle his figurines and set them up somewhere else. Ideally, this video is beneficial for both The Barr Brothers and Stephan, as I hope more people will be introduced to this unique and imaginative artist.