Accessibility links
Neutral Milk Hotel's Jeff Mangum Returns To The Stage : All Songs Considered The elusive and private mastermind behind Neutral Milk Hotel is the midst of a small tour, which took him to Baltimore to play for an intimate, appreciative crowd that never expected him to come back. 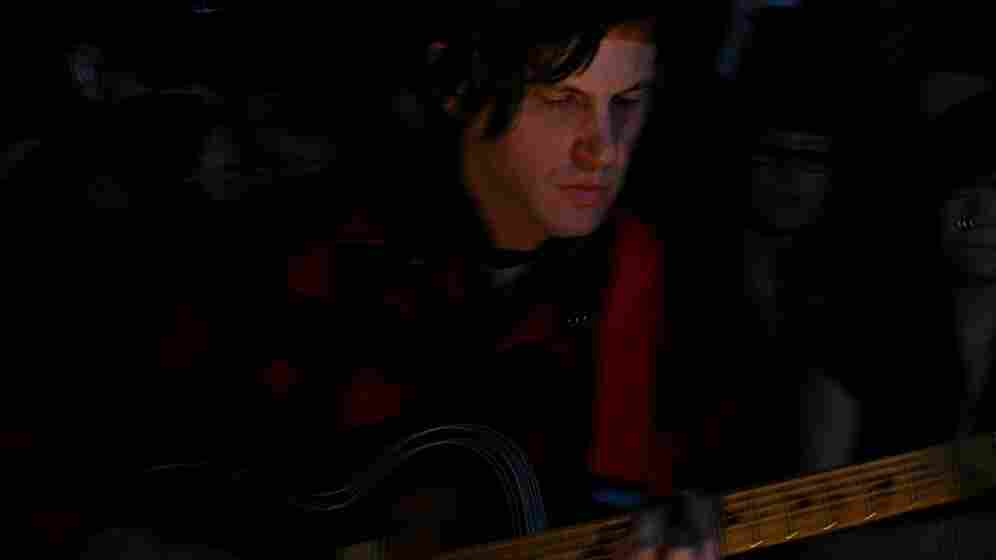 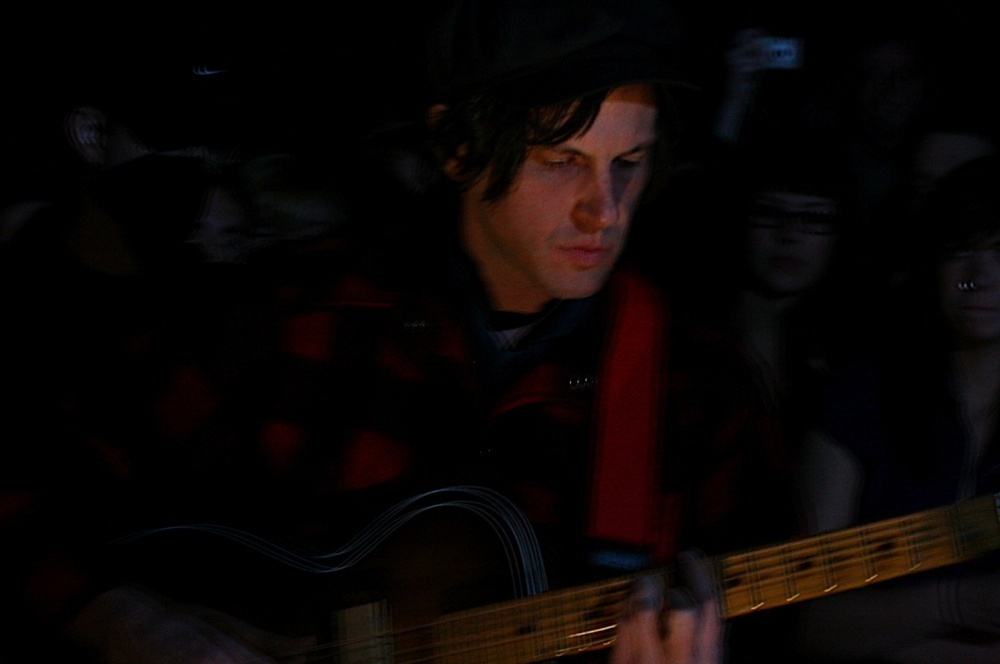 Watching Jeff Mangum on stage in a beautiful old Baltimore church Monday was like seeing a favorite musician come back from the dead. Mangum never died, obviously, but for all intents and purposes, he fell off the face of the earth well before I came to know his music. Mangum is frequently likened to the J.D. Salinger of indie rock — a private, if not tortured, musical genius who, after releasing only two albums, seemed content to walk away from music. Over time, Mangum became an enigma, an indie-rock urban legend.

To me, Neutral Milk Hotel has only ever existed in bedrooms, through headphones and in car speakers — intimate and private places where I, like many, pored over and dissected every lyric and melody and burst of distortion from his masterwork In the Aeroplane Over the Sea, because that's all we were likely to ever get. So to see the reclusive artist back performing was a strange, almost unreal experience. It felt like we were seeing something we weren't supposed to.

Mangum quietly took the stage at the 2640 Space at Baltimore's St. John's Church — a crumbling yet gorgeous room, and an appropriately otherworldly venue. As the roar of applause indicated, Mangum had won over the crowd just by being there, perhaps the lone positive side effect of his long absence. For his part, Mangum has come to embrace his role: We were in his hands and he did not disappoint. Accompanied only by his guitar, he opened with the melancholy "O Comely" followed by "Two-Headed Boy Part Two." As powerful and captivating as ever, he appeared to have lost nothing in his voice. After a few songs, his confidence started to bloom, and he became more talkative and animated between songs — like each hand clap infused more life back into him.

Mangum jokingly asked, "Anyone have any questions?" The audience shouted back with what was on all our minds — "Have you been writing new songs?" "Will you ever put out a new record?" — and even a few questions no one particularly cared about: "Where was your first kiss?" Elusive as ever, Mangum replied, yes, he's been writing all along, but that he'll only do another album if his heart tells him to. He's such an interesting, mysterious figure at this point that people are genuinely interested in what he was like and how he was doing. Someone asked, "Are you happy?" "Yeah," he answered, after a slight hesitation. "I'm happy."

For a while, we stood there in absolute silence — hearing the songs come alive, as if he was reclaiming them as his own — almost afraid to breathe, so as to not make him upset. But Mangum soon encouraged the audience to sing along with him — a practice he surely wouldn't have embraced in the past. Typically, I'm never big on crowd singing, but as fans started belting out every word to "Two-Headed Boy," "Holland, 1945" and "King of Carrot Flowers Pts. 1-3" right along with him, it felt right. Mangum's music can be dark, heavyhearted and emotional, but with everyone singing together and imitating the countermelodies and horn parts, the most joyful aspects of his music took hold. It's a rare, special thing when something you've heard by yourself for so long becomes this bigger shared experience, even if just for one night.

The show culminated with Julian Koster (a fellow E6-er from The Music Tapes and formerly of Neutral Milk Hotel) joining Mangum to provide a haunting "singing saw" in "In the Aeroplane Over the Sea." To see them share the stage again provided a perfect capper to the evening. Jeff Mangum may or may not ever record new songs, or tour again after this current run of concerts. But if I had to guess judging from last night, in that space, it felt like a new beginning; a second chance for an artist none of us ever expected to hear again. It's an exciting prospect.