Accessibility links
All Tomorrow's Parties, Day 1: Bowling, Bands And Boardwalk : All Songs Considered Honestly, where else could you bowl and watch a band — or watch a band while others bowl? 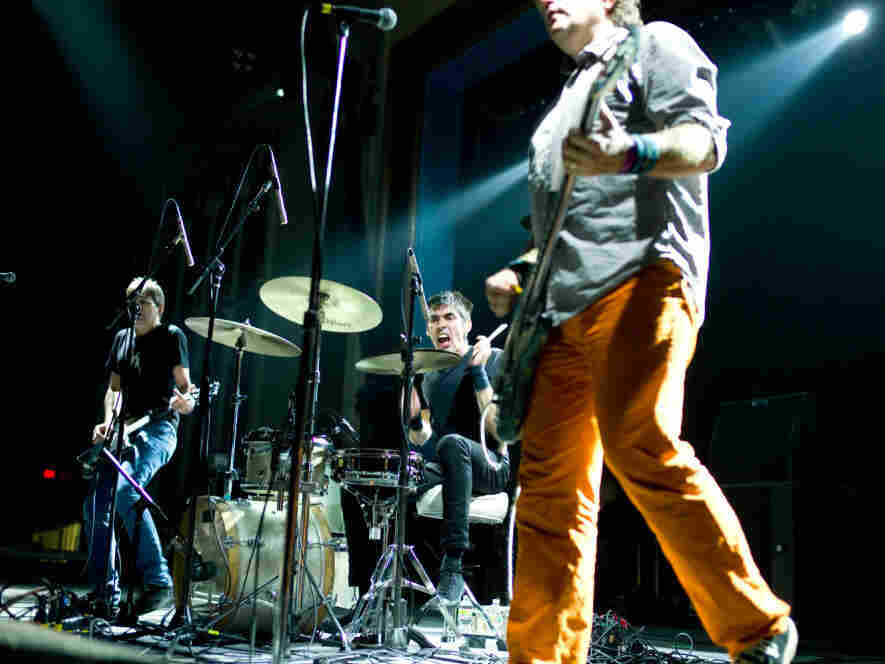 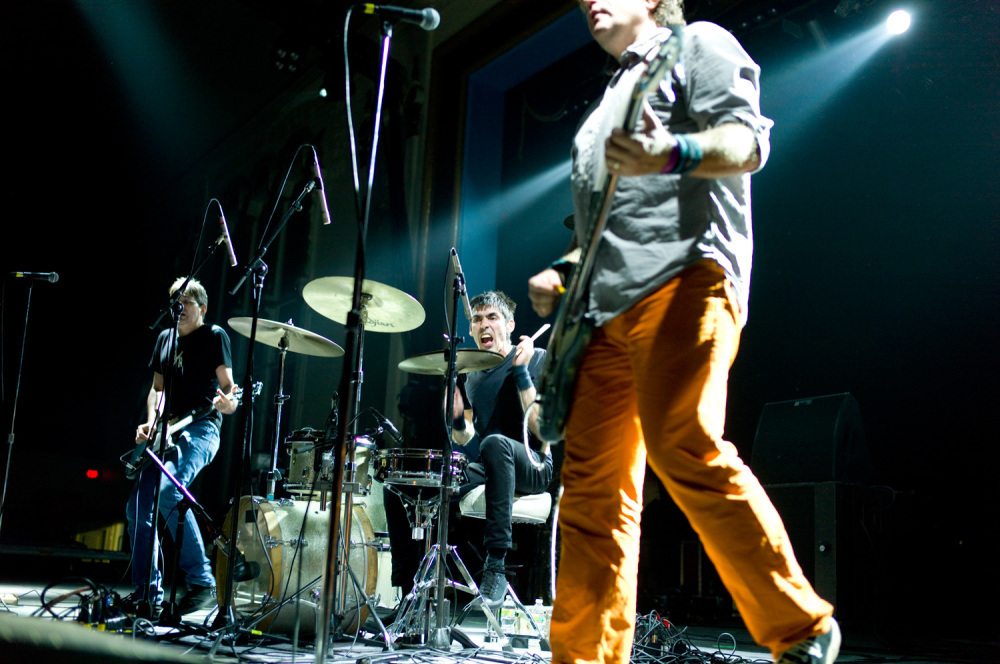 Shellac performing at the 2011 ATP festival.

And not just any band, but the legendary Thinking Fellers Union Local 282?

Cults played beforehand at Asbury Lanes, and it was the best show I've seen from the band.

We will post many of the shows from ATP online this coming week, and Lars Gotrich (@totalvibration) and I (@allsongs)will highlight moments on next week's All Songs Considered, but here are a few moments worth sharing while they're still fresh.

Totally overheard at Thinking Fellers show: "This is the only band I've seen where I got on the stage after the show and kissed the floor." The love for this band was astonishing. Most people hadn't seen the group in 15 years, and were mouthing every lyric to every song.

Hear A Mix Of All The Bands At All Tomorrow's Parties

ATP is the best camp you never went to. This year it's in Asbury Park, N.J., centered around the historic Paramount Theatre, Convention Hall and Berkeley Hotel on the boardwalk, which overlooks the Atlantic Ocean. The artists and the fans all stay at the same hotel, taking the same elevators and sharing conversation. The wall between fans and fame is mostly stripped away, as is corporate sponsorship. In terms of vibe, it is simply is the best music festival there is.

At the Paramount, a glorious historic theater, Jeff Magnum played. The reclusive Neutral Milk Hotel frontman is not so reclusive recently. It's safe to say that many in the crowd are hoping he has something new in the works, but everyone there was more than willing to relive the older song songs, strummed so simply and sung so strongly last night. One highlight was a new cover of Daniel Johnston's "True Love Will Find You in the End." Out of respect for his wishes, there will be no photos or audio of Mangum posted here. (But Google hard enough...)

There are a number of shows that I saw last night that we won't be posting in the coming week, including Mangum, Bonnie "Prince" Billy and Shellac. Shellac's Steve Albini wrote us a lengthy, thoughtful explanation about the value of the live experience. We respect it and understand it. In the age of instant uploads and gratification by proxy, I'm not so sure Albini or any artist can keep their finger in that digital dike forever. But you might take Albini's advice and start making your plans for ATP 2012, and the postcards you'll write your friends with the words, "Greetings from Asbury Park."