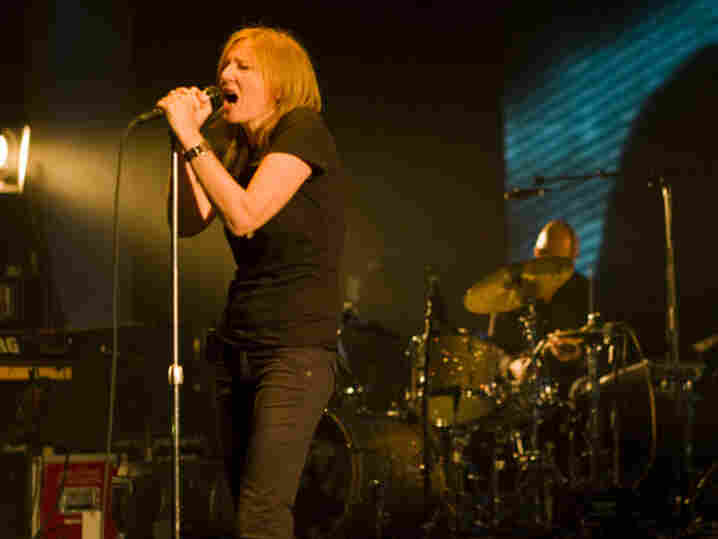 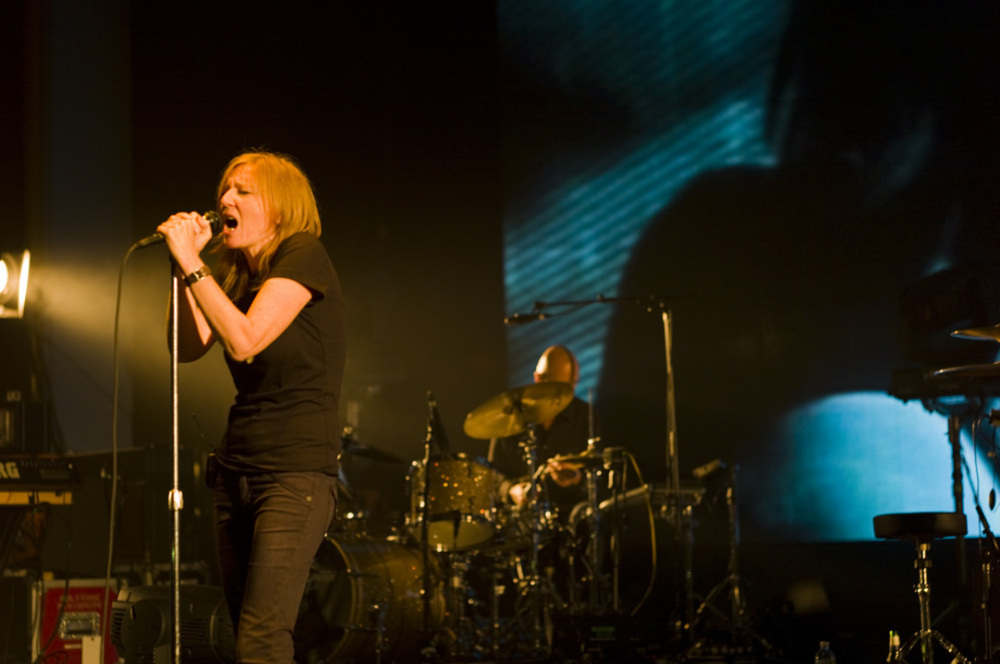 Beth Gibbons of Portishead performs at the Convention Hall during ATP.

The Mix: All The Bands At All Tomorrow's Parties

Did you ever see a band so good that it made it near impossible to listen to anything else? Portishead did that to me last night. Honestly, I thought they were brilliant. Beth Gibbons' voice has aged so beautifully — it's so alluring with these rich electronic textures and soulful and sultry guitar playing. I laughed when I saw a tweet that read, "To the guy that tried to crowd surf at Portishead: Wrong concert dude." But that "dude" was onto something. Who'd have thought Beth Gibbons would stage dive at the end of the band's set? More than a few hearts stopped when she surfed the crowd and ran along the barricades shaking the hands of gleeful fans.

Here are some photos from Saturday by Gisel Florez.

When Portishead was over, I headed to Asbury Lanes, the bowling alley that was staging the London electronic trio Factory Floor. The line for this small (maybe a few hundred people tops) was easily 150 people deep when by the time I left. (Keep in mind that the two big venues were done for the night and this little place was the only place hosting live music.) I'll just say for those that didn't get in, you didn't miss much.

To be fair, I'd just seen that magnificent Portishead show. I also had a day of good music: The Pop Group was skanky, angular, dubby and uplifting; Swans was a wall of powerful noise and sonic bliss; Silver-Qluster (Silver Apples' Simeon with Hans-Joachim Roedelius) was a bit of "old school" electronica — more gentle and, by today's standards, nearly quaint. I loved it. But Factory Floor was a turn-on-the-sequencer-and-crank-it-loud kind of act. Its appeal is in the monotony, and the added textures of real drummer and spare singer and bassist didn't add anything of consequence. To be fair, it is really hard to play drums against a sequencer and having seen some startling drummers (Battles had played earlier), they have a long way to go before it'll get interesting.

And a quick aside, I've noticed a trend of multiple drummers in bands a lot lately: Oneida had two for parts of its epic, eight-hour improvisation, Swans had two, Portishead has two, Foot Village had four, and Battles only had one, but, oh what a monster drummer. And earlier this week, I saw Radiohead with two drummers. Just a thought.

After Oneida performed their eight-hour improvisation, The Ocropolis III:

"I can't wait to listen to the recordings."

The door crew outside the venue:

That last one may seem true. There is a bit of mope on the face of it, but people are having the time of their lives — great music, dark and funny people, fabulous venue. I thought I'd miss the Catskills, but the Paramount Theatre and the Berkeley Hotel are classy places with soul. This so works. The last day is about to begin.