Accessibility links
Let The Moogfest Begin : All Songs Considered Moogfest has only just begun, but Bob Boilen has already met his musical hero, seen some brilliant art and toured the Moog factory and headquarters. 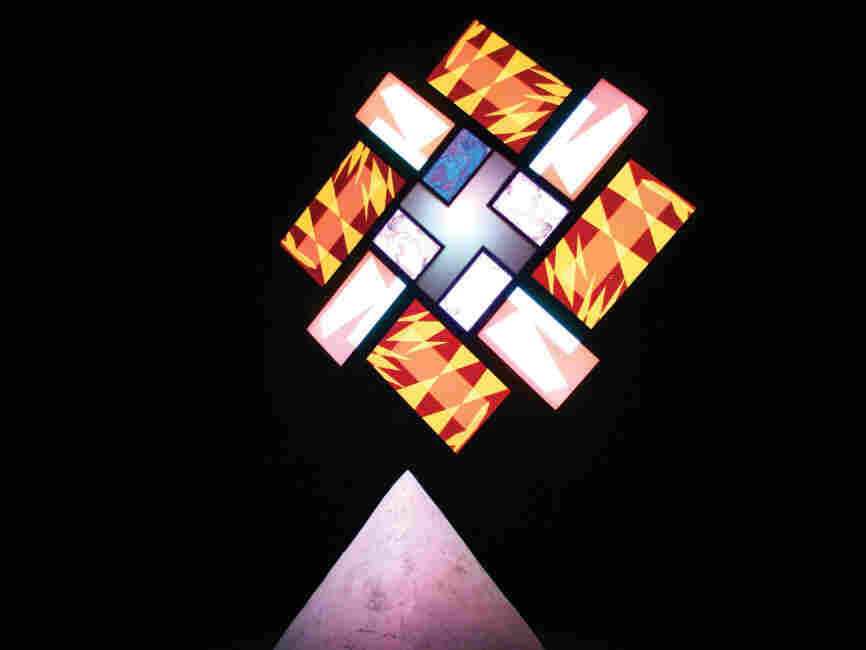 An image from Brian Eno's installation "77 Million Paintings" at Moogfest in Asheville, N.C. 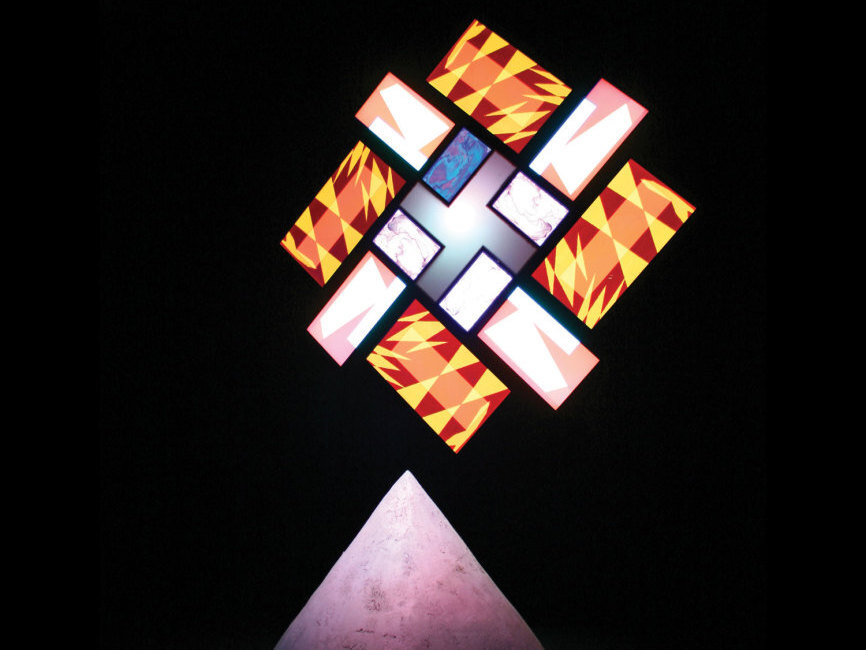 An image from Brian Eno's installation "77 Million Paintings" at Moogfest in Asheville, N.C.

Moogfest is only just starting in Asheville, N.C. and already I've had the chance to hear Brian Eno talk about his brilliantly beautiful sound and visual installation, "77 Million Paintings," a piece that addresses the role of the composer in music. Or maybe that should be the lack of a role: Both the visual and sound portions of this installation rely on a set of rules that determines what you see and what you hear. Images are displayed on three computer screens, and slowly change over time as sound comes from CD boomboxes set up around the room. Each boombox has a CD of different music, and, like the images, the sounds are randomly selected. 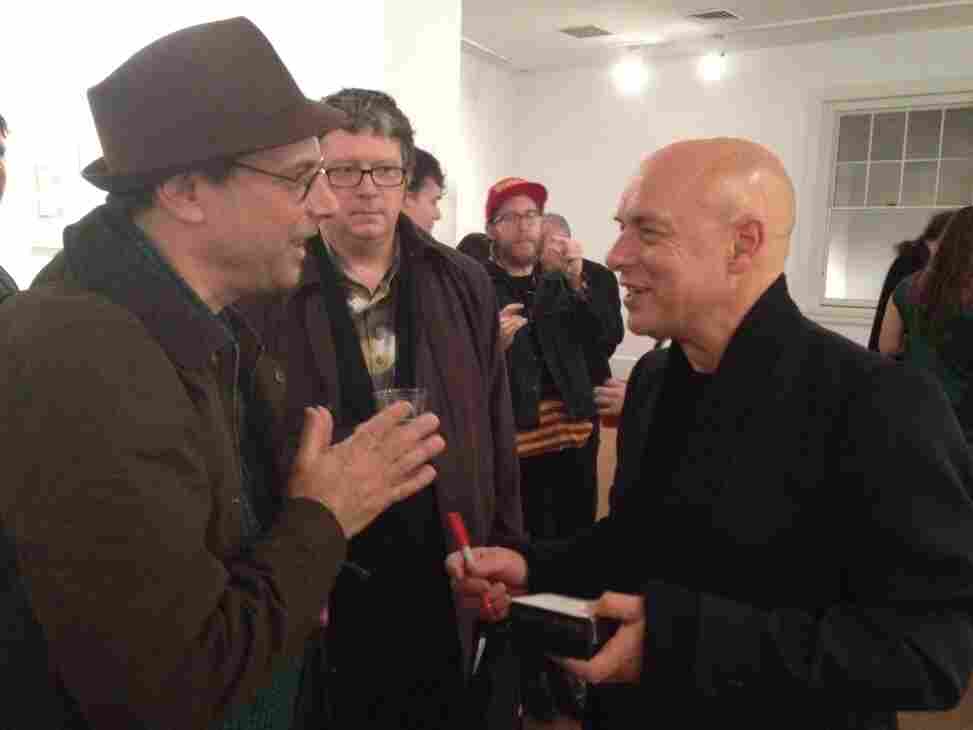 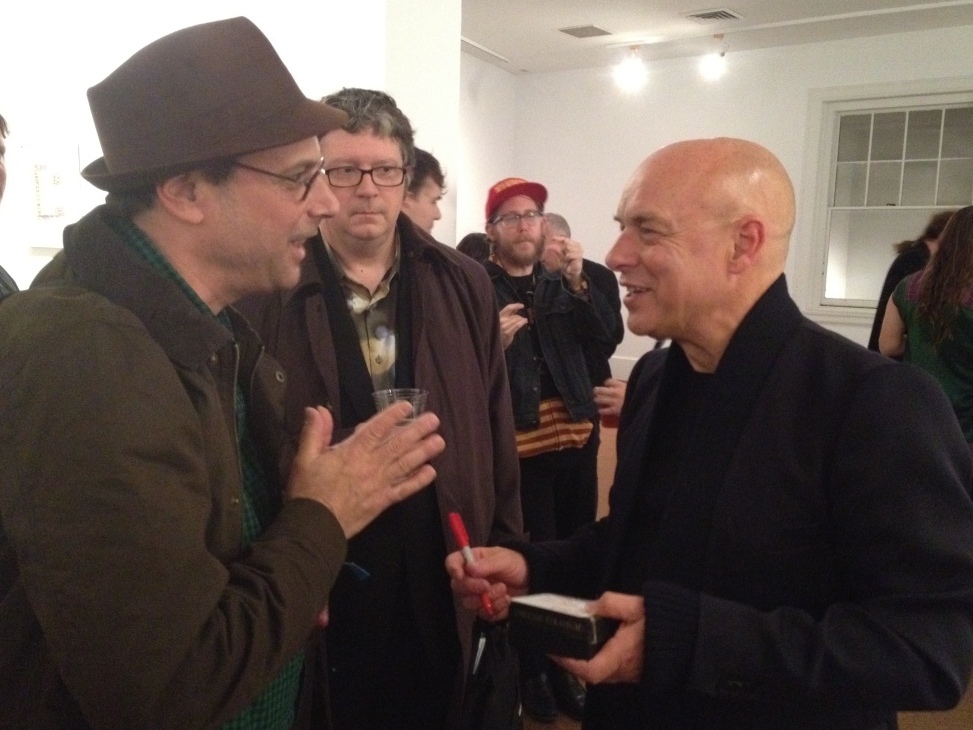 At the installation, I also had a chance to meet Eno, the musician I most admire. In a rare moment for me, I asked for his autograph. I have a set of his "Oblique Strategies" cards, a deck of cryptic messages intended to help artists find different creative paths. I asked him to choose from the deck and sign a card. 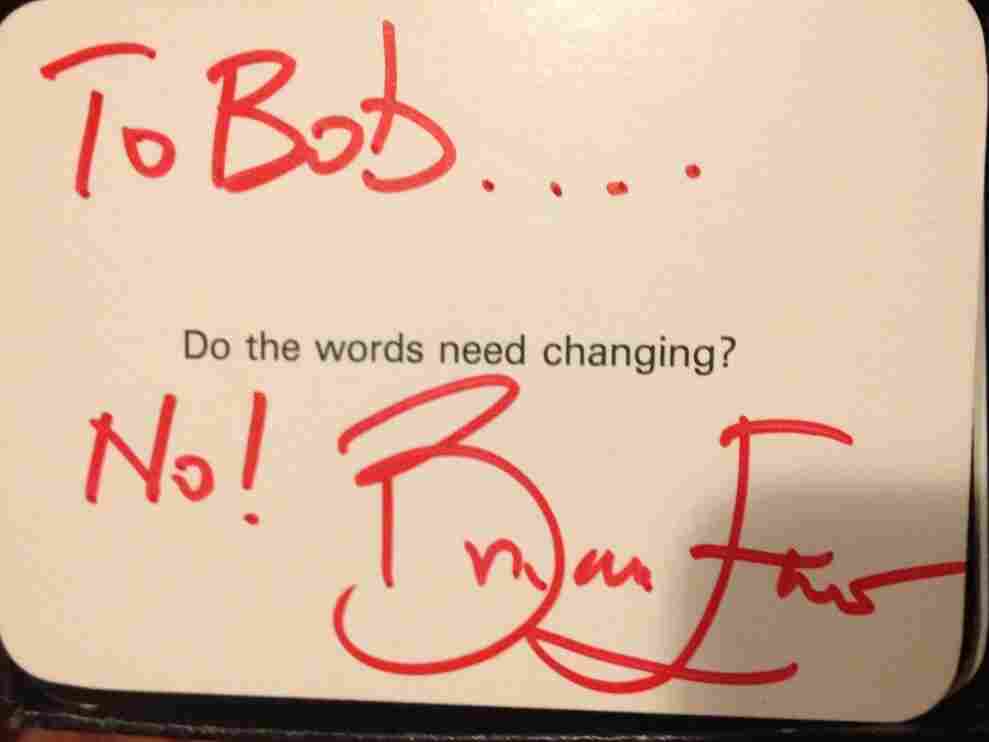 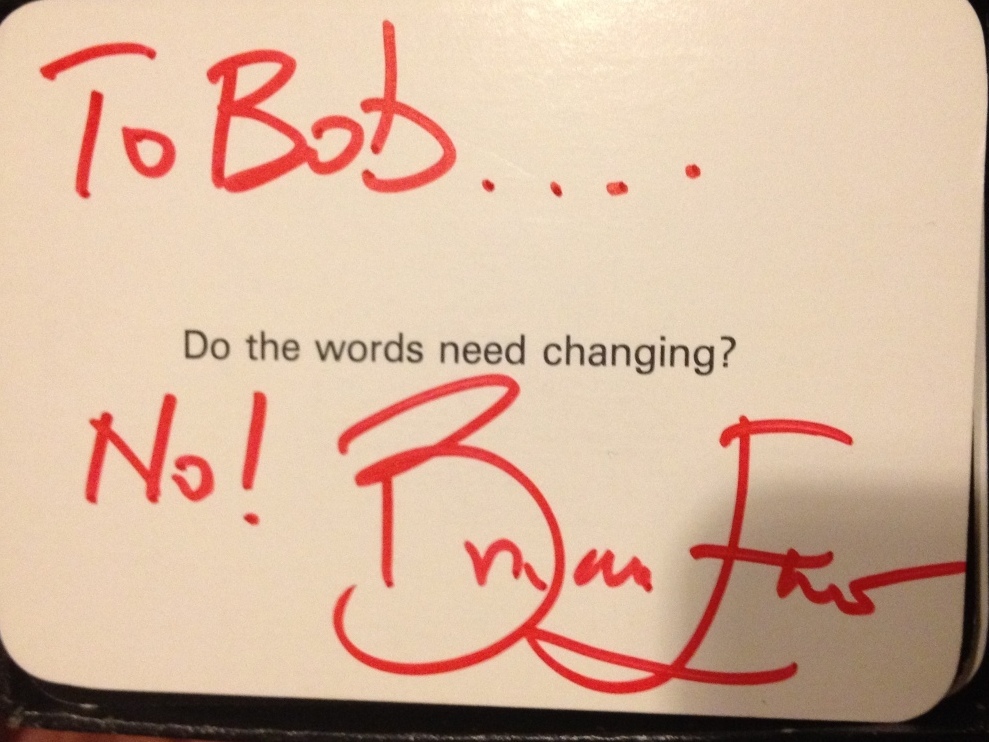 That night, still a day before the official festival began, I went to the pre-Moogfest party for Tobacco, a side project from the singer for the psychedelic band Black Moth Super Rainbow. I liked them live a lot, but was drawn back to the Eno installation, where I sat on a couch and enjoyed the rich imagery and soundscape. I was alone and it was late, and eventually I was asked to leave so the staff could close the installation for the night. I'll just have to keep going back. Before the night ended, I headed back to the clubs to see a few good local Asheville bands, including RBTS WIN and Paper Tiger.

A brief demonstration of the Cluster Flux effects pedal by Moog.

On Friday morning, as the festival officially began, I toured the Moog headquarters/manufacturing plant/art space. I'm embarrassed to say that I didn't realize Moog (the company which produces instruments bearing inventor Bob Moog's name) was alive and kicking in Asheville. But they're a vibrant, creative American music company more than six years after their founder died.

The Antlers at Moog's studios

The Antlers prepare to reimagine their music entirely on Moog gear at the Moog studios in Asheville, N.C.

Moog recently moved into a new space in Asheville and it has the feel of a creative start-up, with an artist putting together an animation installation in their store, The Antlers performing in their studio and Moby coming to check out their new gear, all while new synthesizers are being built and developed.

And I'm certain to see a lot of Moog gear on various stages during this electronic music festival, not simply because it's named in honor of Bob Moog, but because the company makes gear with that old analog sound so key to the new electronic scenes that are currently flourishing.