Accessibility links
First Watch: Pearl And The Beard : All Songs Considered In its new music video, the Brooklyn band invites multiple layers of interpretation with both its lyrics and imagery.

Pearl And The Beard, 'The Lament Of Coronado Brown'

Pearl And The Beard, 'The Lament Of Coronado Brown' 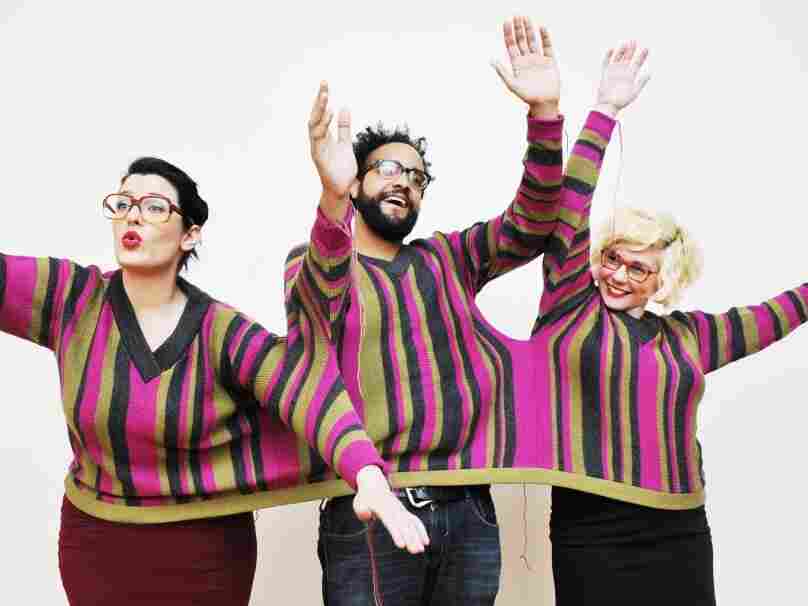 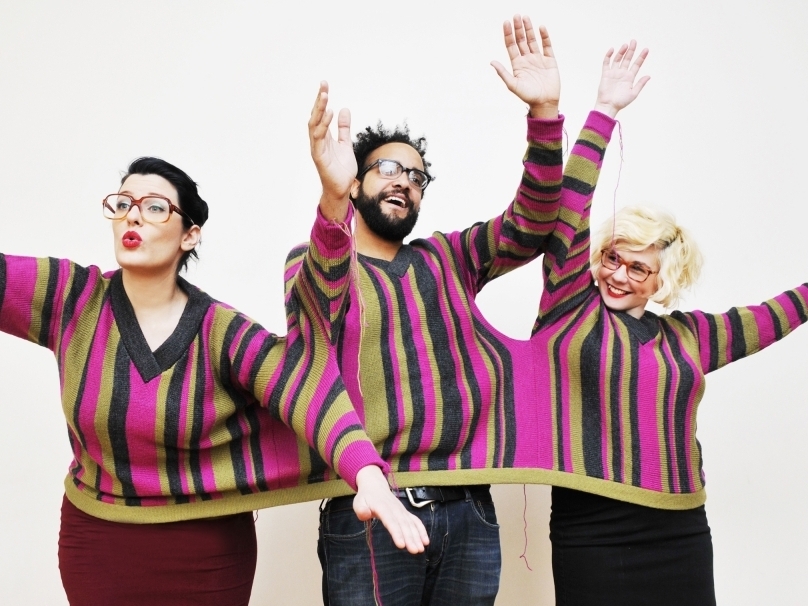 Sometimes, ambiguity is a good thing. The Brooklyn band Pearl and the Beard just released a beautiful music video for its song "The Lament of Coronado Brown" that adheres to that mantra by inviting multiple interpretations with both its visuals and lyrics.

The band, made up of guitarist Jeremy Styles and multi-instrumentalists Jocelyn Mackenzie and Emily Hope Price, just played a series of shows at CMJ and is currently touring Europe. Together, they make warmly inviting folk music with uplifting three-part harmonies.

The video for "The Lament of Coronado Brown" is a solemn, stately affair that mixes shots of the band with footage of a man trekking across a sandy beach, shovel in tow. He's looking for something, but what it is remains unclear. That's part of the video's power; instead of being told what to think, the viewer is dropped in the middle of the story and encouraged to come up with his or her own interpretation.

That ambiguity was intentional, according to Styles. He told us more about what the song means to him and how the video came about:

I've always been one to allow a song to breathe on its own and allow for different interpretations. It's how I've found a lot of my inspiration, just flubbing up words that I think I hear to create a great song idea. That being said, being on the other end, creating the music, I enjoy the room for error on other people's parts. With this song in particular, I have a very specific vision of the story. To others, it's different, and I want to allow for that to occur. But for me, when we sing this song, I imagine a cold middle-of-nowhere cabin covered in snow. A person has just traversed across land and sea in order to find his/her lover's bones, dig them up, and place them somewhere properly. However, upon near-completion of this task, said lover is discovered by nearby neighbors, the police are called, and this (to an outside observer) seemingly disrespectful act is ended quickly in gunfire. The sad, but also beautiful, thing I see with this song is how it starts off as a sort of silent cry of a wallflower, but upon closer inspection it shows that this person has done so much in order to get to this location, literally flaying open his/her back in order to walk across the stretched-out skin over the ocean. And finally, what outside observers see or interpret doesn't matter. It doesn't matter that they "won't know that I love you," because f--- them. It's about you and me, and that is all that matters.

When we were in the lake, we had this idea about someone being extremely shy and loving someone from afar, but never telling them about it, and I think this can be interpreted this way as well, and more power to you. I like to think of it as the former, and that is what the lyrics mean to me.

I enjoy that we got this guy to film it, digging with a shovel in the sand on a deserted beach. I'm glad it's just a shapeless ray of light that he digs up a la Pulp Fiction's suitcase contents. We had a choice of whether to put someone in the sand or leave it more ambiguous. I'm glad we went with the latter. As with our songwriting, we leave it open to interpretation, and thus hopefully inspiration as a result.

This was a collaboration between myself and The GDamn Cobras, a Brooklyn based filmmaking collective. I've always liked the high-shutter trick on strings, the thought of doing it with the most excellent instrument in the world (the cello, of course) made us happy. Then this really awesome guy named Eric Seligson came out to the beach with us to play the old man. We had some really good Rockaway tacos and experimented with some ultra-wide lenses, fishing line and some portable lights. With a band as good-looking as Pearl and the Beard, it's really hard to fail.