Accessibility links
Listener Picks: Songs You Turn Up To 11 : All Songs Considered On 11/11/11 — and in honor of the Nigel Tufnel, the Spinal Tap guitarist whose amps went up to 11 — we've taken thousands of your nominations and compiled a list of songs that sound best turned up loud. 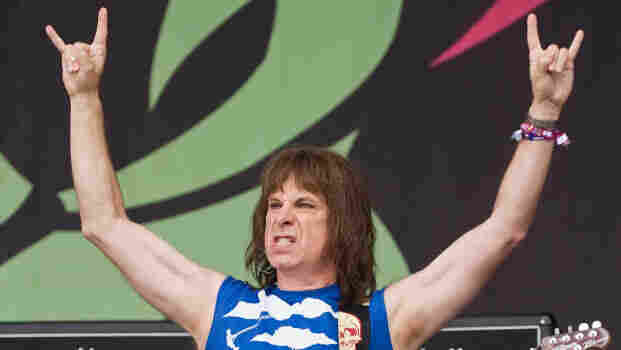 The Devil's 11's: Spinal Tap's Nigel Tufnel (a.k.a. Christopher Guest) in concert in 2009. If only he had three arms. AFP/Getty Images hide caption 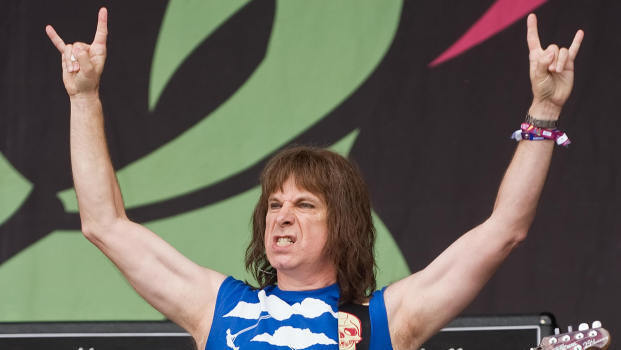 It's finally here. November 11, 2011. Nigel Tufnel Day. The only day of the century that rocks hard enough to be turned all the way up to 11. In its honor, we picked 11 songs that make us want to turn our amps all the way up. As Bob Boilen tells Morning Edition's Steve Inskeep, a song best heard extra loud can come from just about any genre, as long as it obeys just one particular law: You like it when you hear it, but when you turn it all the way up, it moves you in some visceral way.

On Monday, we asked you for the songs that move you to crank the volume, and you sent in thousands of suggestions. Many of them were heavy enough to satisfy Spinal Tap's own patron saint of excessive volume, like Black Sabbath's "War Pigs" or AC/DC's "Highway to Hell." Other songs with multiple nominations included "Baba O'Riley" by The Who, "Free Bird" by Lynyrd Skynyrd and "Sabotage" by the Beastie Boys. And though many of the selections are of at least the same vintage as Spinal Tap itself, some newer musicians got in on the action; Adele, Foster the People, My Morning Jacket and The White Stripes all got multiple nods. To the readers who nominated "Do Ya Think I'm Sexy" By Rod Stewart, "50 Ways To leave Your Lover" by Paul Simon and "Closer To Fine" by Indigo Girls, we'll just say we understand. Not everybody liked all of our picks, either.

We could go on forever, but instead, we'll leave you with a few undeniable eardrum busters, and direct you to a Spotify playlist of 550 songs compiled from your own nominations, just in case you want to crank the volume all day.

'Baba O'Riley' by The Who

'Highway to Hell' by AC/DC

'Sabotage' by the Beastie Boys