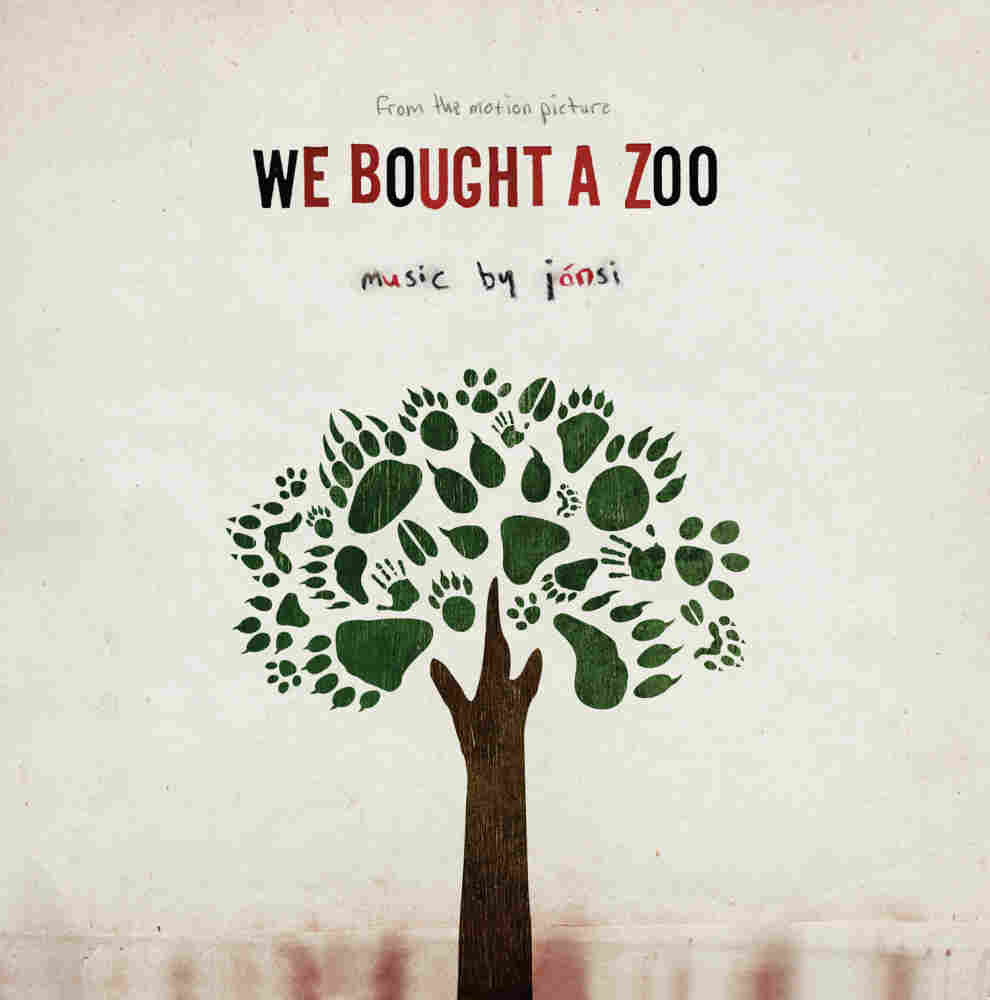 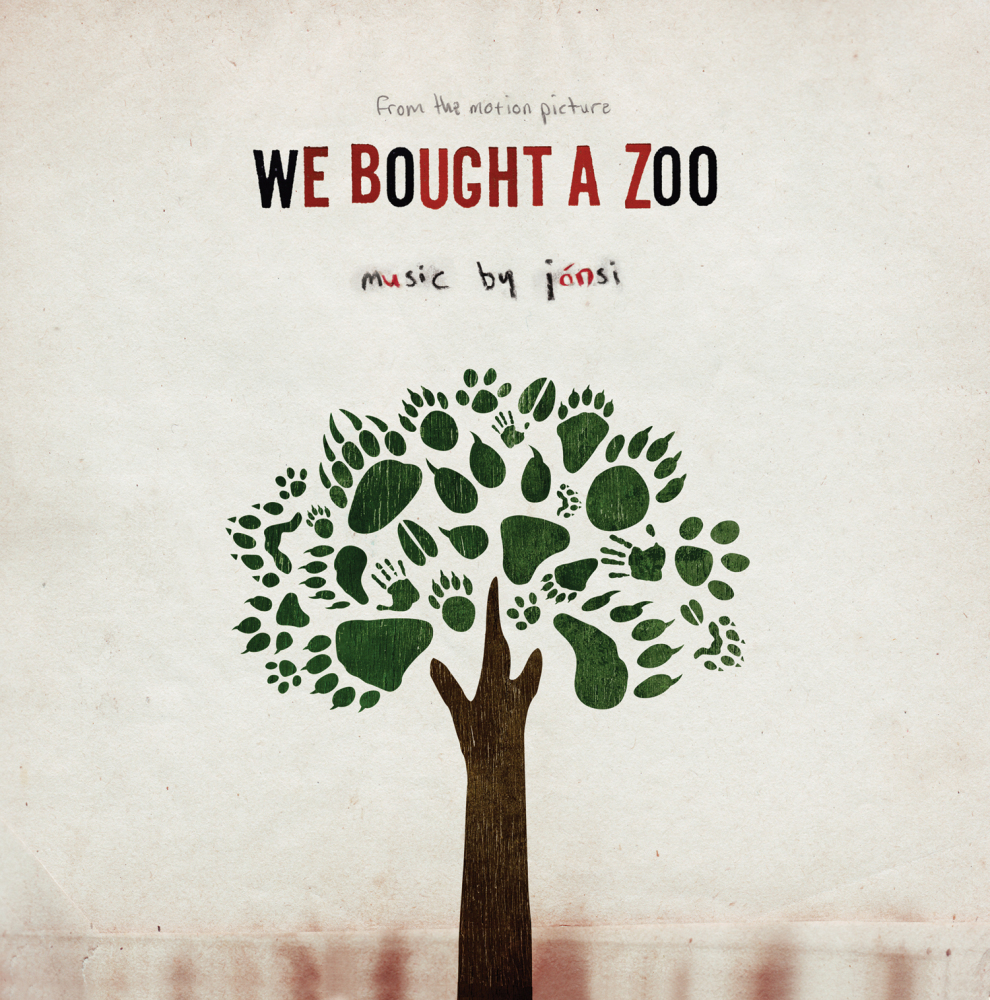 Music has been a common thread throughout director Cameron Crowe's career, from the pairing of Peter Gabriel's "In Your Eyes" and a boombox in his first film, Say Anything, to Almost Famous, a movie based on Crowe's real life experience writing for Rolling Stone as a teenager. He's also directed music documentaries about Tom Petty and the Heartbreakers, Alice in Chains, and Pearl Jam, and in 2001, he directed Vanilla Sky, which included several songs by Sigur Rós and revealed Crowe's affection for the Icelandic band.

For all these reasons, a collaboration between Crowe and Sigur Rós frontman Jónsi isn't exactly unexpected. In fact, it's exactly what Crowe dreamed would happen when he began working on his latest movie, We Bought A Zoo.

The film, starring Matt Damon and Scarlett Johansson, is an adaptation of Benjamin Mee's memoir about a father who uses his life savings to buy a dilapidated zoo full of animals and moves his family to the countryside to renovate it.

Even before filming for the movie began, Crowe used Sigur Rós' music as inspiration for the cast and crew, and finally, on the last day of filming, asked Jónsi to write music for the film. Not only did Jónsi agree, but in addition to writing first movie score, also contributed two new songs, one of which he co-wrote with Crowe. We're happy to share that song with you today. 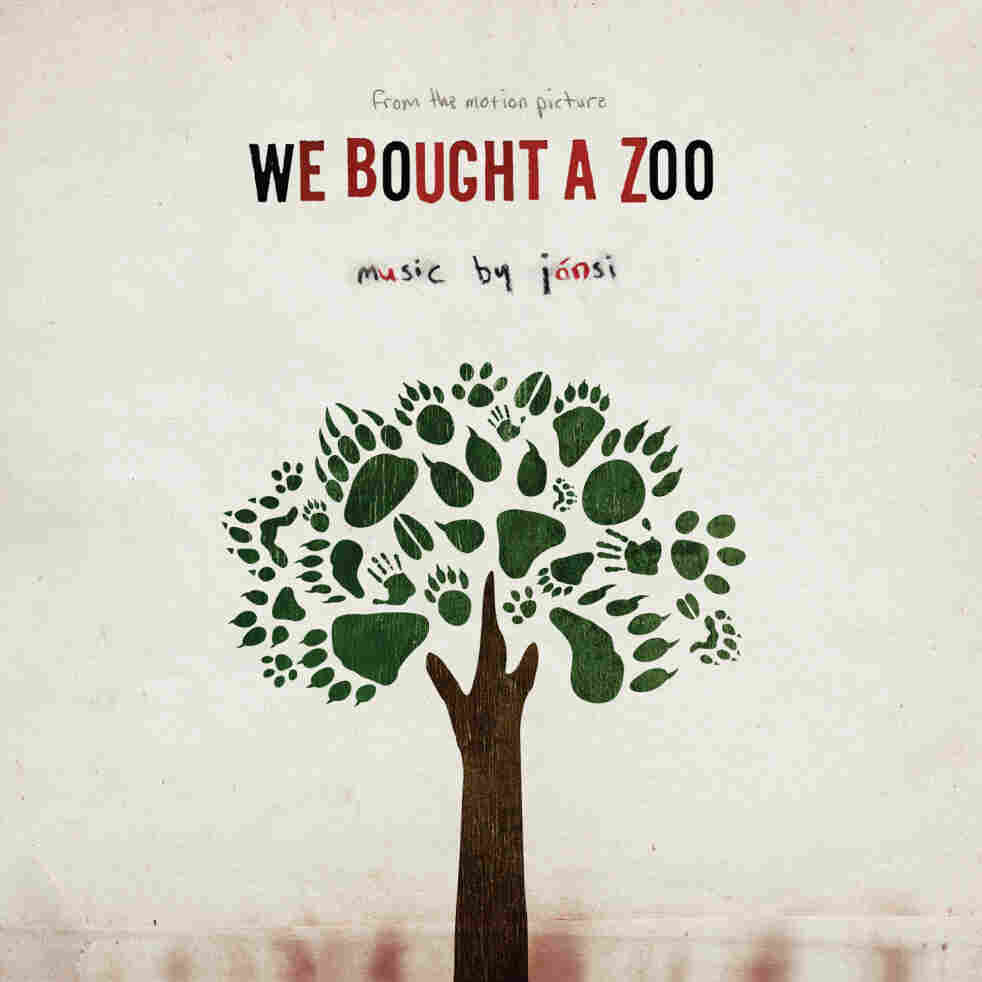 How exactly did that collaboration come about? Here's Crowe's own handwritten liner notes from the We Bought A Zoo soundtrack: 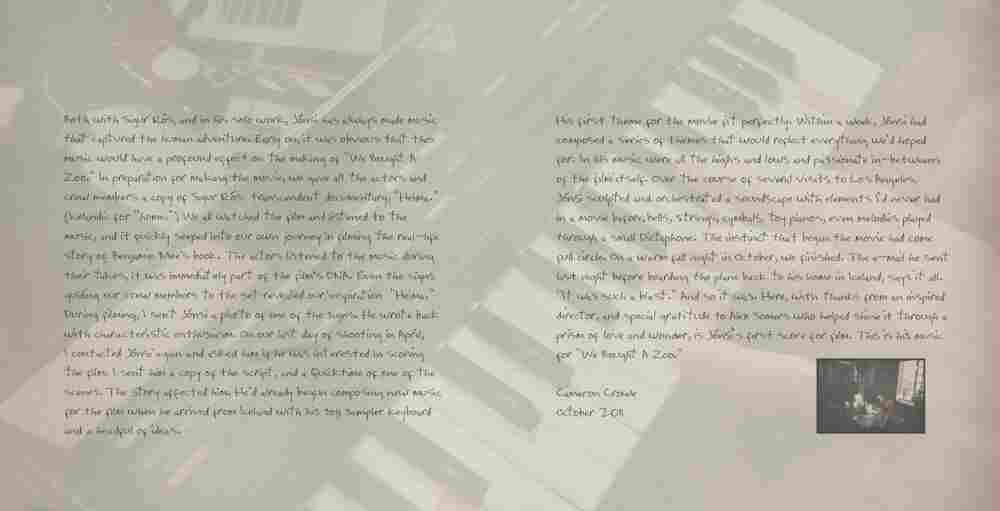 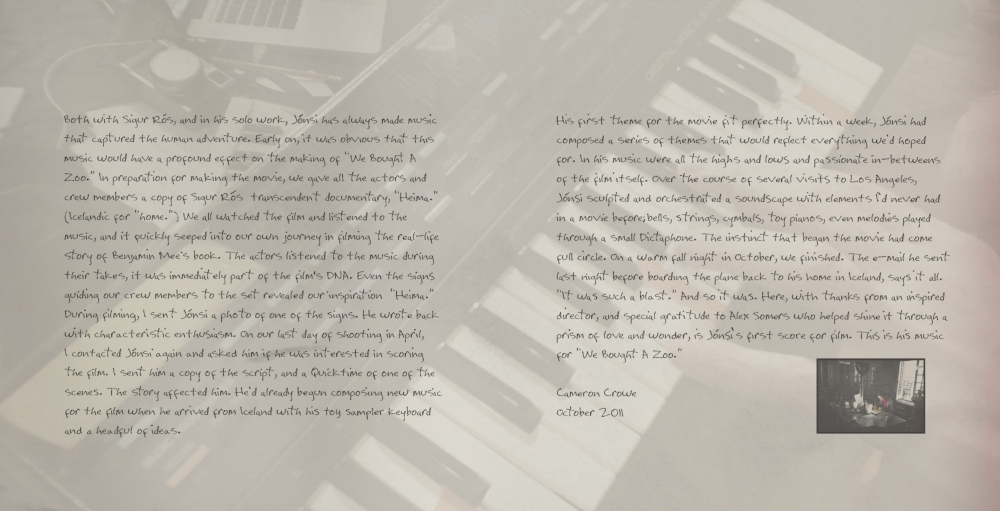 Cameron Crowe (transcription of the above):

Both with Sigur Rós, and in his solo work, Jónsi has always made music that captured the human adventure. Early on, it was obvious that this music would have a profound effect on the making of "We Bought A Zoo." In preparation for making the movie, we gave all the actors and crew members a copy of Sigur Rós transcendent documentary, "Heima," (Icelandic for "home"). We all watched the film and listened to the music, and it quickly seeped into our own journey in filming the real-life story of Benjamin Mee's book. The actors listened to the music during their takes; it was immediately part of the film's DNA. Even the signs guiding our crew members to the set revealed our inspiration "Heima." During filming, I sent Jónsi a photo of one of the signs. He wrote back with characteristic enthusiasm. On our last day of shooting in April, I contacted Jónsi again and asked him if he was interested in scoring the film. I sent him a copy of the script, and a Quicktime of one of the scenes. The story affected him. He'd already begun composing new music for the film when he arrived from Iceland with his toy sampler keyboard and a headful of ideas.

His first theme for the movie fit perfectly. Within a week, Jónsi had composed a series of themes that would reflect everything we'd hoped for. In his music were all the highs and lows and passionate in-betweens of the film itself. Over the course of several visits to Los Angeles, Jónsi sculpted and orchestrated a soundscape with elements I'd never had in a movie before: bells, strings, cymbals, toy pianos, even melodies played through a small Dictaphone. The instinct that began the movie had come full circle. On a warm fall night in October, we finished. The e-mail he sent last night before boarding the plane back to his home in Iceland says it all: "It was such a blast." And so it was. Here, with thanks from an inspired director, and special gratitude to Alex Somers, who helped shine it through a prism of love and wonder, is Jónsi's first score for film. This is his music for "We Bought A Zoo."

The soundtrack is on sale December 13. You can pre-order it now on Amazon or iTunes.

We Bought a Zoo comes out on December 23rd.