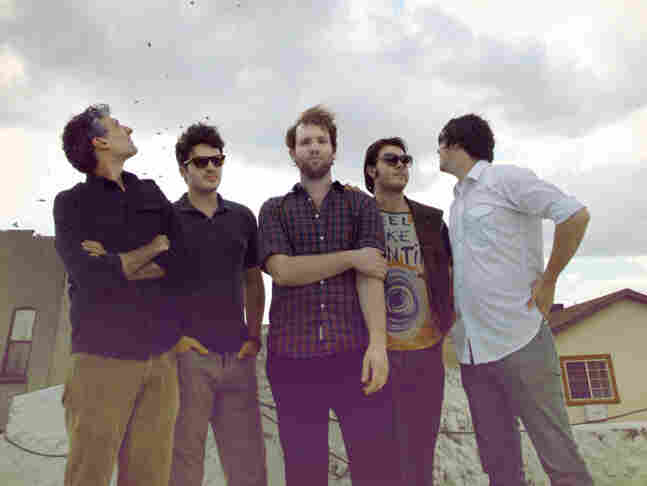 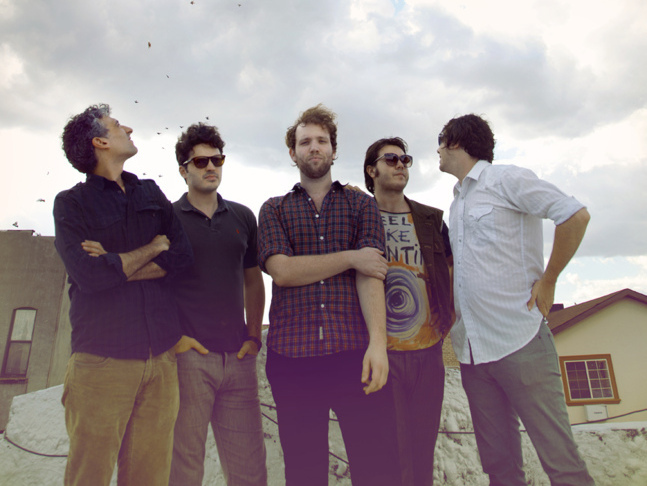 Caveman makes shimmery, atmospheric music with woozy guitars and tribal drumbeats, so it's no surprise that the music video for "Easy Water" has a similar feel.

The Brooklyn band was one of our favorite discoveries at CMJ earlier this fall and just released its debut album, Coco Beware.

"Easy Water," according to drummer Stefan Marolachakis, "was one of the last songs [Caveman] recorded, but proved crucial to solidifying the dark and vibey tone of the record." Its accompanying video fits that description perfectly.

Built around the visual interplay between human figures and light in water, the music video focuses more on feel than on narrative clarity. In the ghostly tangle of limbs, hair and blood-red cloth, it's nearly impossible to tell what's what, let alone which way is up and which is down. The concept helps capture the unnerving confusion at the core of the song's lyrics: "I don't know where I am going / It seems like someone has lost their own mind. What do they know?"

Director and cinematographer Bianca Butti told us more about how the video for "Easy Water" came about:

I was fortunate enough to hear Caveman's music last January and was instantly blown away. The "Easy Water" video was born out of pure love for the music they composed on their album CoCo Beware. I approached the guys in the band, who were very rapidly becoming dear friends at the time, about an idea for a music video. They agreed to an abstract idea that was based on the vision of submerged figures of light, emerging out of darkness, chiaroscuro style. Much of what the video became is afforded by the freedom of the art to make itself. "Easy Water" — by the nature of the people and elements involved, the music/musicians, the actresses/muses, the water, the editing, the final tweakings of colors — has turned out to be a true collaboration in the spirit of art, beauty and friendship.