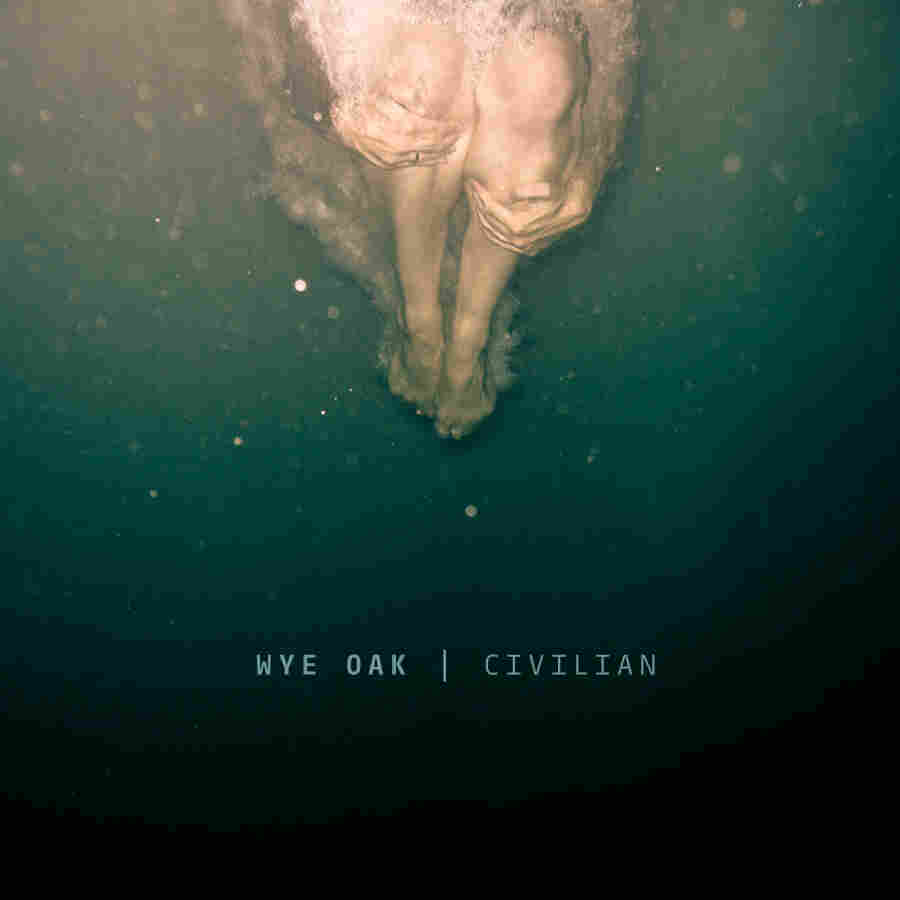 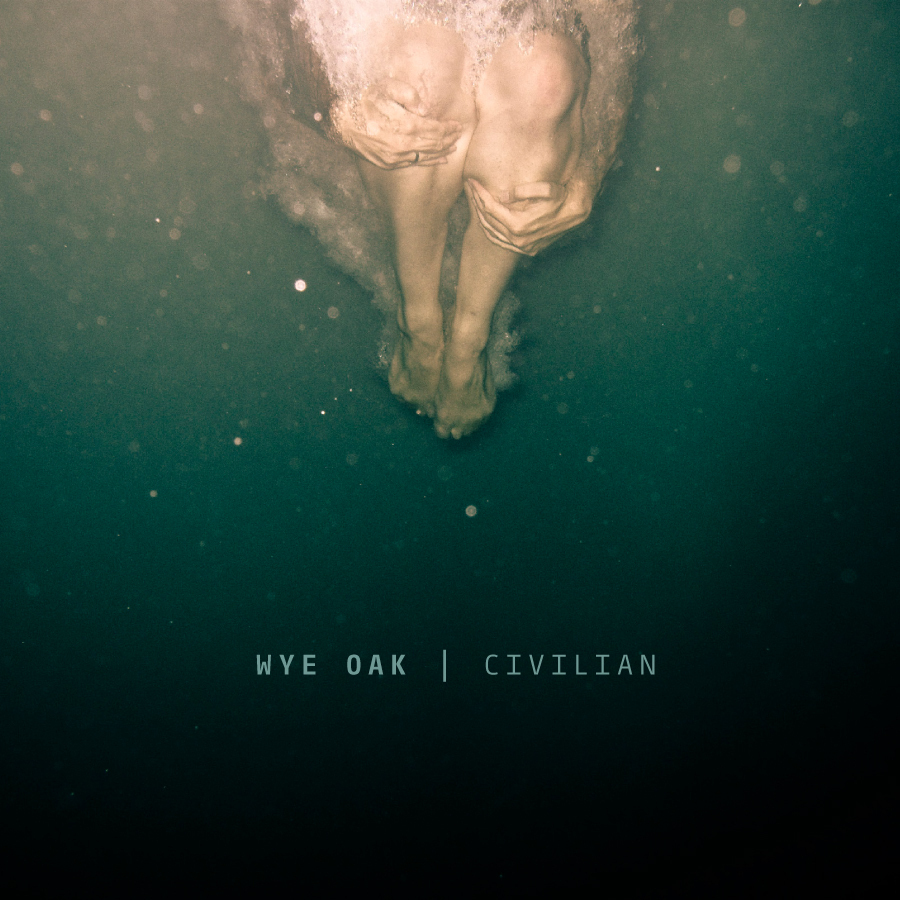 It's easy for reviewers to view year-end Top 10 lists as a no-win proposition: You have to leave off stuff you cherished for months. You inevitably wind up cramming for the test, listening to lots of neglected music while operating under the worst possible mindset. ("Do I like this better than I like my 10th-favorite album of the year? No? NEXT.") And, of course, you're guaranteed to get flayed alive in the comments section, given that there's no one on earth whose opinions align evenly with your own.

But you know what? That's just a bunch of glass-half-empty bellyaching. Getting to discover music for a living is a gift, and filing an article at the end of the year about the stuff you loved isn't exactly stirring a vat of boiling tar, as unpleasant tasks go. As for these picks for 2011's 10 best albums — bearing in mind that "best albums" is, as in past years, code for "favorite albums, if you're this one guy" — feel free to have at it in the comments. In the meantime, here's to this year.

You've seen our picks; now tell us yours. Vote for your favorite albums of the year here. 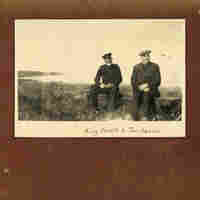 It's still hard to find words for Diamond Mine, a 32-minute mini-masterpiece in which English multi-instrumentalist Jon Hopkins teams up with Scottish singer-songwriter King Creosote for a set of seven songs about life in a Scottish coastal town. There's nothing particularly romantic in these sweeping sketches — they often document bleak, even ruined lives — but the end result is so peaceful, so calm-inducing, so steadying, so transporting, that even Diamond Mine's darkest moments feel like foot rubs from the universe. There's not a false, unsteady or otherwise wasted moment here. In short, it's perfect. 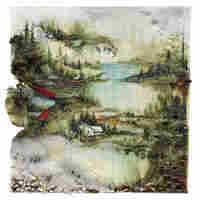 If Bon Iver's follow-up to For Emma, Forever Ago wasn't polarizing before it received four Grammy nominations — and it kind of was — it sure is polarizing now. Much of the agita revolved around "Beth/Rest," with its saxophone solo and its electric keyboards and whatnot, but the haters have gotten more vocal and dismissive as 2011 has worn on. Which is a real shame, because Bon Iver is basically a great big gorgeous tangled knot of sincerity and grace, carried out with a sort of stormy elegance. Yes, it strips away the raw-boned heartache of its predecessor in the name of grandiosity; they're totally different records. But no record in 2011 demanded (and rewarded) as much curiosity and study as this one did. 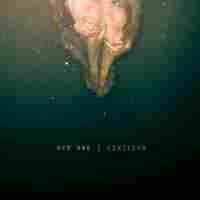 Wye Oak is accustomed to writing beautifully tormented rock songs about interpersonal conflict, but Civilian spends most of its time facing inward; it focuses largely on internal struggles, and on the many ways an unquiet mind can make it impossible to feel centered and whole in a world that feels forbidding. The album's title track, in particular, examines the machinations necessary for singer-guitarist Jenn Wasner to get through life — and keep up with its many demands and obligations — under a disguise of normalcy. Civilian undergoes a similar process in its own right, as it enshrouds its own seething, moody weirdness in alternately raging and brooding beauty. 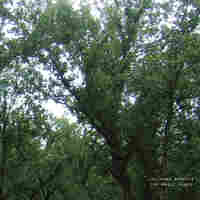 One woman behind a keyboard shouldn't be able to produce a sound as grandiose and full-blooded as Julianna Barwick does on The Magic Place, a mesmerizing collection of ambient quasi-choral music. With Barwick's voice looped many times over to create a hauntingly angelic tone of reverence, The Magic Place has a way of bending the reality that surrounds it: You could listen while driving a rusty dump truck full of mulch through Gary, Ind., and you'd think you were pulling up to the gates of heaven. 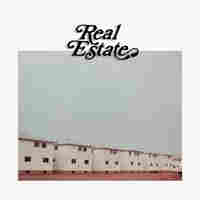 Real Estate's members are a little young to seem as nostalgically melancholy as they do in Days, a yearning collection of beachy pop-rock songs about looking back on happier times. But the disappointment of the now is mostly enshrouded in a romanticized past; Days' lyrics wallow in a long-gone world of leisure and contentment by re-creating it in songs that split the difference between sweet and bittersweet. Along the way, Real Estate melds generations' worth of bygone sounds, mixing the garage-based pop of the '60s with the dorm-based rock of the '90s without losing its grip on modern-day disillusionment.

We Are the Tide

Blind Pilot's left-field debut, 3 Rounds and a Sound, was a charming sleeper with jaw-dropping highlights. The duo-turned-sextet's follow-up, We Are the Tide, is the sound of gorgeously produced consistency — of a confident, fleshed-out band making sturdy folk-orchestral pop that practically shimmers with hooky sweetness. The record's title track even lends Blind Pilot a welcome jolt of energy, as Israel Nebeker sings of nature's immutability alongside a rhythm section that rattles and stomps with an undeniable sense of purpose. 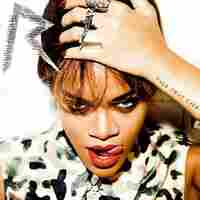 You don't often get to be a pop star of Rihanna's magnitude and staying power without indulging in a bit of thorny provocation. Still, divorced from every ubiquitous distraction — turn a blind eye to the visuals, scroll past the headlines — Talk That Talk is a triumphant set of Top 40 ringers, led by the over-the-top dance-pop perfection of "We Found Love." Sure, like so many products of the overworked Rihanna hit factory, the track is an earworm, but it's also a disarmingly sweet-natured, ridiculously propulsive, karaoke-friendly celebration of love's capacity to win out over every obstacle. Talk That Talk's charms don't end there, either. 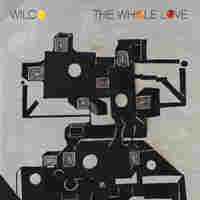 Raise your hand if you'd stopped paying attention to Wilco after the back-to-back shrug-inducers Sky Blue Sky and Wilco (The Album), records that felt musically proficient but bereft of resounding highlights. Fortunately, The Whole Love splits the difference between the showy experimentalism of Yankee Hotel Foxtrot and the pop craft of its later successors, to tremendous effect. The Whole Love is speckled with highlights, but it's never better than during its amazing bookends: "Art of Almost" unfurls into a breathtaking freak-out, while "One Sunday Morning" closes out the proceedings with several lives' worth of narrative conflict in 12 minutes of rambling, heartsick resignation.

Given how much time The Roots' members spend working as the house band for Jimmy Fallon's late-night talk show, you wouldn't expect the group to keep making records as provocative and vital as undun, a song cycle about a doomed inner-city kid The Roots named for a Sufjan Stevens song, of all things. So many albums into its career, and with so much on its agenda at any given moment, the band still seems positively engorged with big ideas, riveting poetry and chops for miles. Somehow, for all its dark narratives and bleak fatalism, undun still feels alive and vibrant from beginning to end. 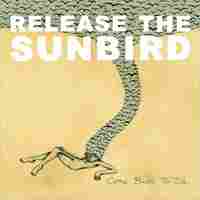 A sun-dappled headache remedy for every season, Come Back to Us is the work of Zach Rogue, who made a few enjoyably fizzy pop records as leader of the band Rogue Wave. Recording here as the appropriately named solo project Release the Sunbird, Rogue spawns a remarkably ingratiating set of minor miracles: day-brightening pop that provokes only a sense of ease and comfort. It's not high art, but if you feel better every time you hear it, only a masochist would mind.