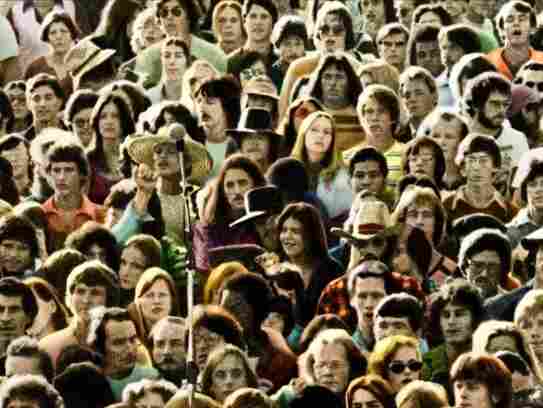 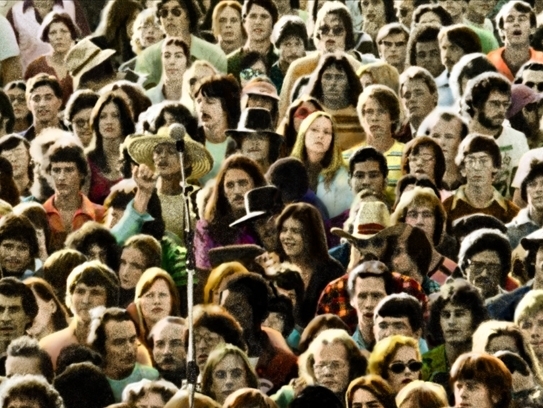 A new DVD documentary, Chronology, features footage of the band from its early days as a rough trio opening for the Ramones at CBGB, and continues through Talking Heads' induction into the Rock and Roll Hall of Fame in 2002. The documentary features classic performances, interviews and commentary from original band members David Byrne, Chris Frantz and Tina Weymouth, as well as keyboardist and guitarist Jerry Harrison. Harrison joined the trio in '77, and was with Talking Heads for the recording of the group's first album.

You can watch Seymour Stein, co-founder of Sire Records, describe the first time he heard Talking Heads at CBGB in 1975, and see footage of an acoustic version of "Psycho Killer" from that performance, here:

The deluxe edition of Chronology features a 48-page hardcover book that includes an essay by the late music journalist Lester Bangs. The essay was originally published as a review of Fear of Music for the Village Voice in 1979.

...These are mutant times, and Talking Heads are the most human of mutant groups (hopelessly perfect cross-fertilization); unlike Devo, they actually look good off TV, on a concert stage (in fact, up till now I'd always bemoaned my feeling that their records didn't come near the excitement of their live sound). I may never forget the first time I saw them at CBGB's: though they had gotten Jerry Harrison to swat keyboards by then, they were all still a little ragged (if such a word could ever be applied to such rarefied entities) around the edges. Tina the tomorroworld sex symbol, playing big brown bonker bass (more funky too than any other New Wave band seen by then), Chris Frantz, an icecream-faced Straight A's kid unaccountably plopped behind a drum kit, and David Byrne, all neurasthenic nettles pointing inward and he jerked and queaked (cross between quack and squeak). He looked like someone who had just OD'd on Dramamine — all cold sweat clammy and nerve net an exoskeleton. He seemed close to fish but not quite saline enough. He had mental institution eyes, but not melodramatically: when Patti Smith outbugs you know she's declaring, "Goddamnit, I have too seen a vision! Wanna hear about it, puh-leeeeze?" When Richard Hell does it, he's just rusting off the Strontium halflife of 893 too many readings of Maldoror. But with David the eyeball kicks were more in the vicinity of credence without pre-groupformation cultural referents: he just looked like some nut just holidayed from the ward with a fresh pocket of Thorazine, that's all. There was something gentle, shy, reflective and giving about his hideous old psychosocial gangrene that made it seem less obnoxiously ostentatious. Also, like Joey Ramone, it seemed he'd found a way (job?) of turning pure crystal bone-nervousness into an artform, a righteous stance, a way of life. I sat there wide eyed, staring with my jaw hanging open, trying to figure this bunch out: getdown bruisers they most certainly were not. "Yeah, one thing you could never say about Talking Heads," a more errant-noise inclined guitarist friend once remarked, "you could never call 'em wimps!" What he meant of course was that they were astoundingly wimpy, wimpier than Gary Lewis which'd be enough to place 'em in the pantheon by itself — what he meant, in essence, was the same old bilge: that rock 'n' roll is MAN'S WORK, honnah, and all you girlies and powderdimple poofboys'd jes better stand aside. Gotta be butch to handle that big ole thang with all them frets and whatchamaplunkems...