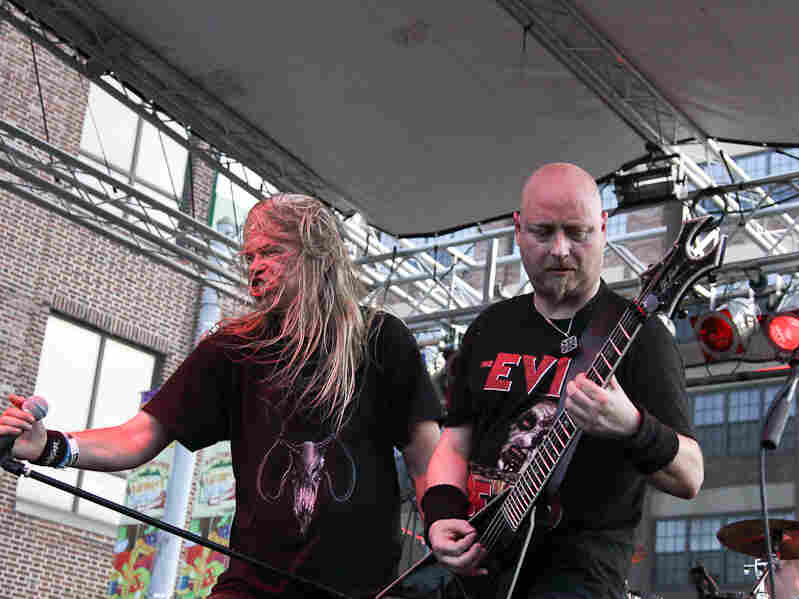 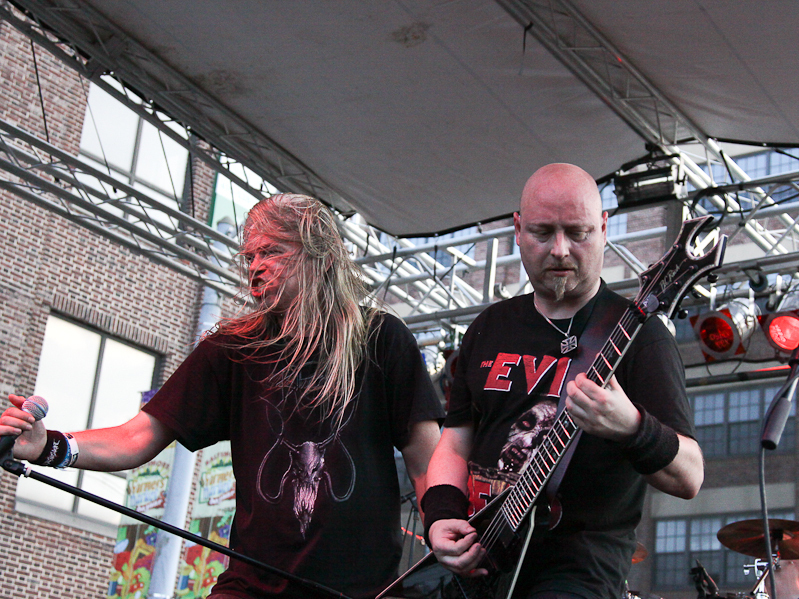 Hail of Bullets practically steamrolled East Saratoga St. with death metal at Maryland Deathfest in Baltimore this past May.

Over four hot, asphalt-baked days this past May, I attended Maryland Deathfest with a legion of hessians. Located just a stones throw away from where I live in Washington, D.C., Deathfest had a ridiculous line-up spanning the metal pantheon, which is why metalheads from around the world over descended upon Baltimore's Sonar compound for America's most diverse and tightly curated metal festival. And like I had teased in an interview and over Twitter back then, I was working to record and publish a number of these concerts.

They were a long time coming, but now, as a holiday gift to metalheads, I'm happy to present five concerts from Maryland Deathfest. You can listen or download at the links below:

I was joined at MDF by metal warrior and scribe Kim Kelly, who wrote up some of the concerts and conducted a few audio-only interviews.

Language Advisory: These interviews contain language that some listeners may find offensive.

Interview With Hail Of Bullets (By Kim Kelly)

Funebrarum guitarist and backing vocalist Matt Medeiros threatens to start Death Metal MST3K with interviewer Kim Kelly and, after being put on the spot, runs through a list of essential death metal records.

There was more great music than we could have possibly hoped to see, let alone bring back, and looking back, what strikes me most about MDF was how much the artists trust the festival. Typically, when it comes to great metal festivals, Europeans get all of the goods: Wacken (Germany), Roadburn (Holland) and Hellfest (France). We Americans rely on crowded package tours and under-promoted shows.

But MDF 2011 not only attracted U.S. live debuts from Greece's Dead Congregation and Swedish bands like Repugnant, In Solitude and the mysterious Ghost (though, to be fair, the two other Swedish bands were sound-checking Ghost's equipment — take that as you will), but the festival also acted as the phenomenal final U.S. performance from U.K. doom metal legends Cathedral. And as far as Neurosis performances go, which are increasingly rare, the looming thunderstorm over the outdoor stage could have not been more perfect. What could have easily taken place in a New York venue populated by metalheads and deadline-stricken critics alike happened in a four-day international community that lived and breathed metal for the blood and sweat that it is.

The line-up for the upcoming Maryland Deathfest (May 24-27, 2012) already has hessians salivating: Godflesh, Morbid Angel, Nasum, Electric Wizard, Autopsy, Napalm Death, Suffocation, Saint Vitus, Agalloch, Ghoul, Ulcerate, Horna; the long list goes on. Many of these are first or U.S. exclusive performances and you can bet your spiked armband that I will be there. For more information, visit MDF's website.