Accessibility links
Help NPR Create The Ultimate Workout Mix : All Songs Considered It's time to get in shape, and nothing motivates like music. We need your go-to workout tunes. 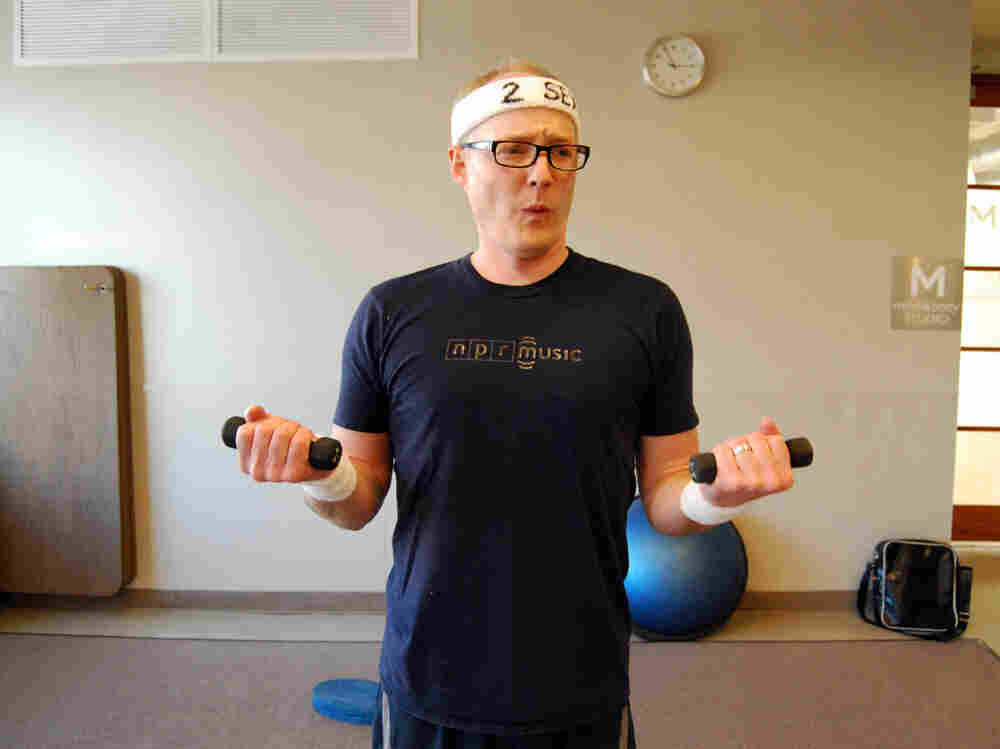 Are you ready for another set? Clearly, we're pros at mixing music with getting in shape. May-Ying Lam/NPR hide caption 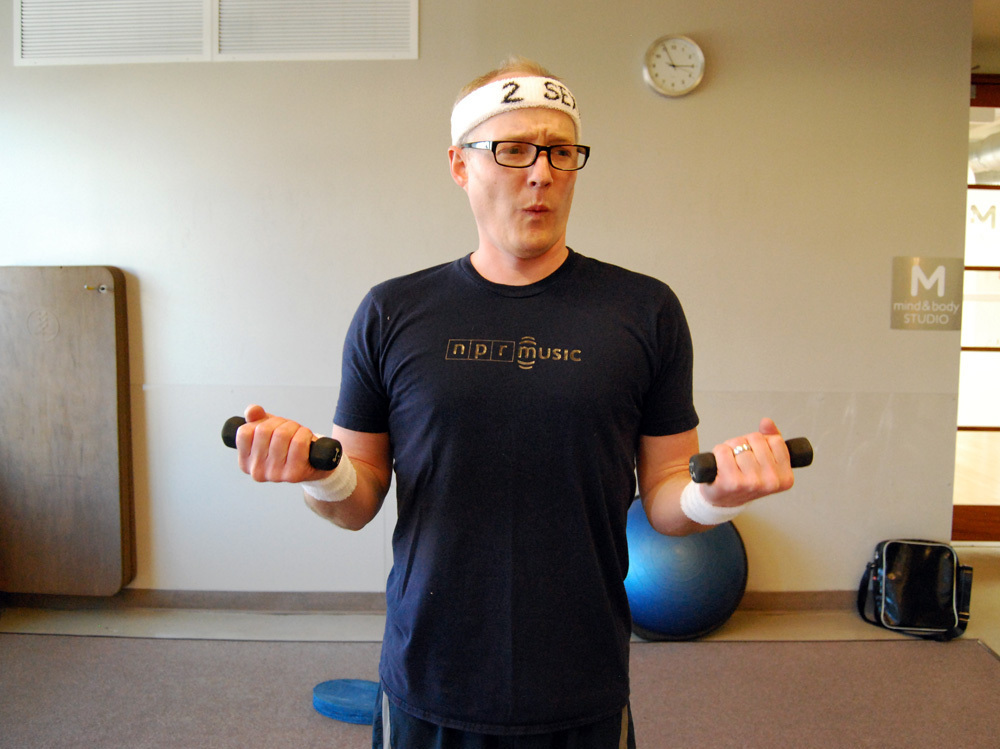 Are you ready for another set? Clearly, we're pros at mixing music with getting in shape.

You know it because countless magazines have screamed it at you from the checkout line. Because the gym you walk past every morning is waiving its initiation fee. The holidays are over. It's time to get in shape. So pull on your gym shorts and tighten the laces on your running shoes.

Oh yeah, and don't forget your headphones. You're going to need some motivation, and nothing gets the job done like music. Need proof? We just happen to have some, courtesy of neuroscientist Robert Zatorre, who spoke with Morning Edition's Linda Wertheimer.

"Music has some kind of privileged access to the motor system," says Zatorre, who studied the link between music and exercise. "When you are perceiving very rhythmic sounds, particularly those that are used in music, these sounds engage the areas in networks of the brain that allow us to move and in particular synchronize different muscle groups."

"What's critical in the experiments that we've done is the rhythmic organization," Zatorre says. "Whether that's dancing or doing calisthenics or doing aerobics, it's all the same mechanism. It's this privileged link between the auditory system and the motor system."

He hardly needed to tell us. NPR Music has been conducting its own brand of (slightly less than scientific) research on the ways music can motivate exercise for years (as you can tell from the photo of Robin Hilton above). In our Sweatin' To NPR section, you'll find more than a dozen workout mixes tailored to specific pursuits: Gospel songs to help treat your body like a temple, genuine big-band jazzercise, hard-rock moves for would-be guitar heroes and more.

Over the next few weeks, Morning Edition is going to add to our list: athletes, celebrities and NPR personalities will all offer suggestions for their go-to workout tunes.

And we want you to get in on the action. Tell us which song drives you to run faster or jump higher. Then tell us why it works for you. If you're like me, sometimes it's enough to just hit play on the latest Planet Money podcast and let the treadmill carry you away to jog-land, but what we're looking for here is the soundtrack to your most intense workout ever. Leave your pick in the comments, then stay tuned: we'll compile your picks along with the ones featured on Morning Edition for an ultimate workout playlist.