Accessibility links
First Watch: Fanfarlo, 'Shiny Things' : All Songs Considered There's a barely-hidden darkness in a video for the new single from the London-based rock band. 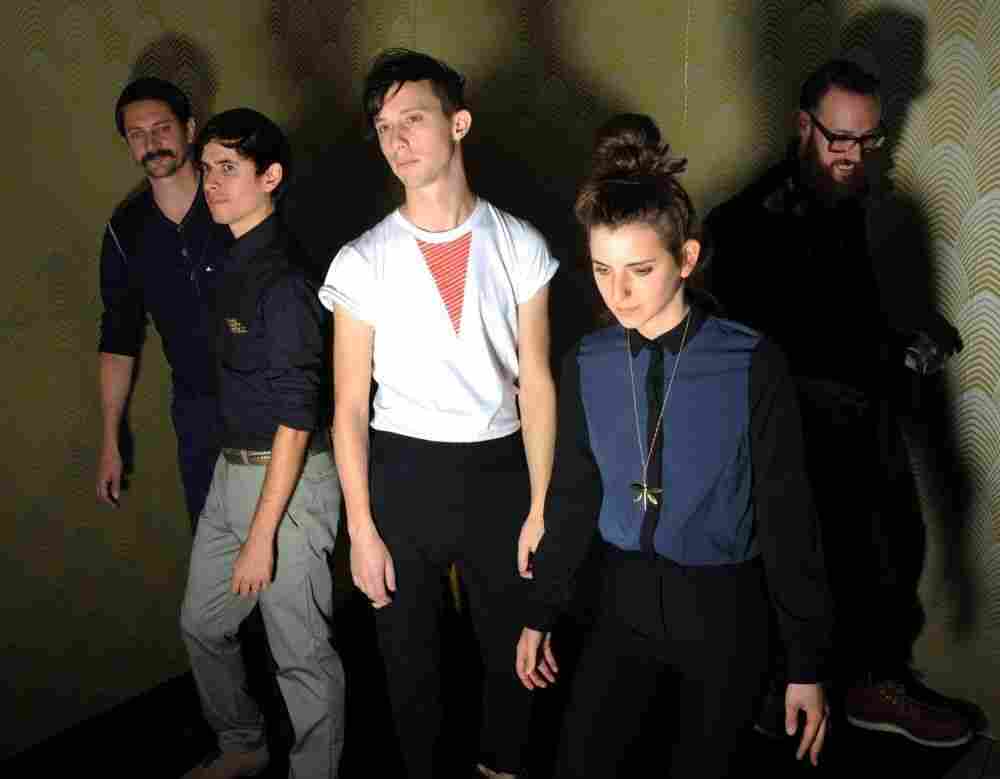 The London-based band Fanfarlo won a lot fans at NPR Music with its debut record, Reservoir, back in 2009. We got the first taste of the band's follow-up, Rooms Filled With Light, in October, and now we're happy to premiere the video for the single "Shiny Things."

The new song features pounding rhythms and subtle electronic accents alongside the band's familiar harmonies and soaring arrangements, while the lyrics hint at a hidden darkness: "Let's not worry about going extinct. We'll be preserved on a shelf somewhere," Simon Balthazar sings, "Thinking of shiny things."

"This is a song about giving things up; about how easy it is for us to lose sight of the things that matter and trade them for the things that don't," Balthazar wrote in an email. "An absurd battle cry from the easily-distracted magpie within, against something that I hope isn't quite as extinct as the Pterodactyl." (That's a reference to another lyric, from the song's chorus.)

In the video, there's more darkness hidden in shiny things: A trio of rhythmic gymnasts perform a synchronized routine in slow motion for a panel of judges whose nefarious plans are slowly revealed (let's just say they're interested in more than the girls' ribbon-twirling abilities).

Director Tim Nackashi told us a little bit more about how he and the band came up with the concept:

"Fanfarlo has a great mix of humor and pathos. They can sing about heavy topics with a smile and even a wink. And you can hear it in 'Shiny Things,' which kind of says, 'We're so caught up with our precious concerns that we're destroying our planet... whoops... oh well.'

"So it seemed right that, in the video, what initially looks like a captivated audition for an artistic sport, is eventually revealed to be a crazy, parasitic scenario.

"Fanfarlo brought a lot of great ideas to this. Over a few great conversations, we talked about a bunch of inspirations, ranging from the films of the surrealist Hans Richter, to the novel 'The Lost World' by Sir Arthur Conan Doyle, but also to the fact that the Aztecs would sometimes make the conquistadors drink hot melted gold in an amazing and ironic act of retribution — all of which found their way into the video."

Rooms Filled With Light will be in stores on February 28th, and Fanfarlo will tour the U.S. and Canada in March and April.