Drudkh: 'Eternal Turn' Of The Seasons

Drudkh: 'Eternal Turn' Of The Seasons 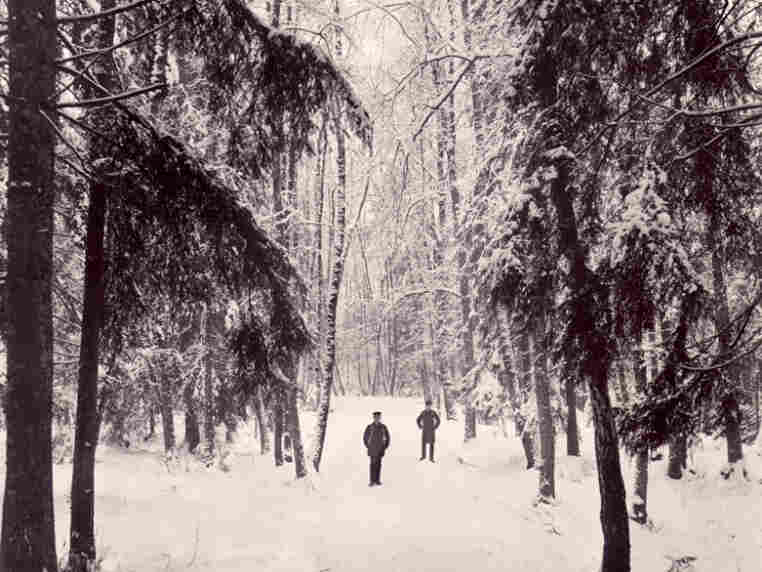 The members of Drudkh do not give interviews or take photos, so here's an archival grim image of a couple of dudes and some trees. Enlarge for maximum bleakness. Carl Curman/Swedish National Heritage Board via Flickr hide caption 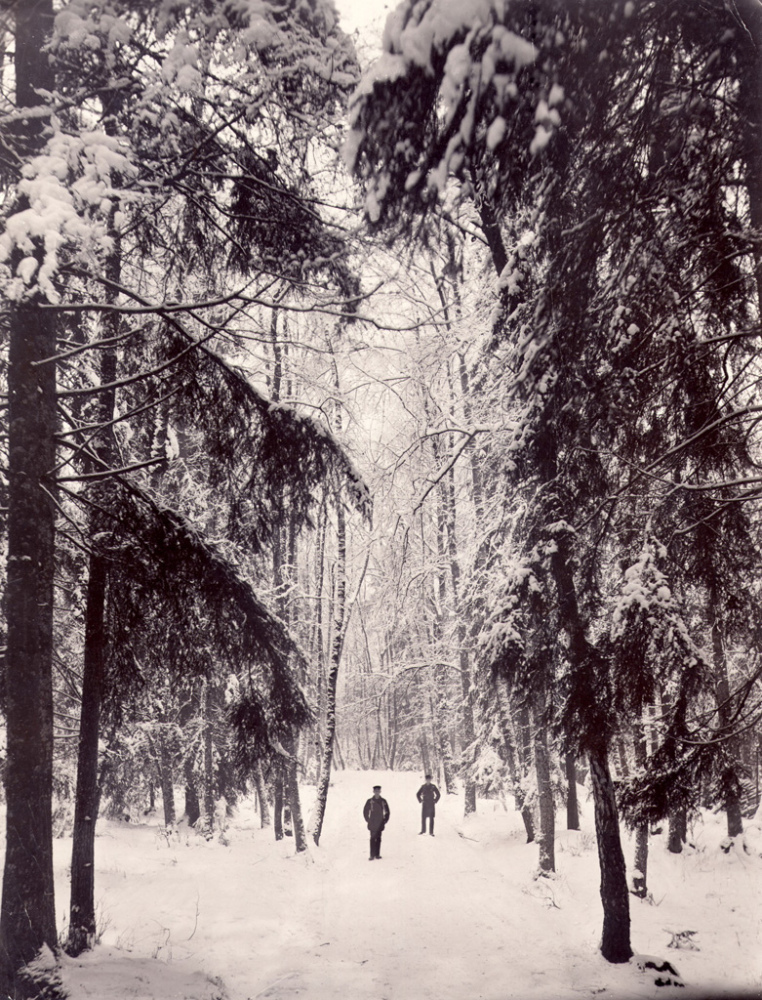 The members of Drudkh do not give interviews or take photos, so here's an archival grim image of a couple of dudes and some trees. Enlarge for maximum bleakness.

No three words strike more hope and fear into a fan than "return to form." Musical deviations, progressions and unfortunate digressions (usually involving a "fusion") can make you yearn for the "early stuff." Personally, I like to witness a band's evolution, but can understand the impulse for the sometimes youthful, angry naivete that comes with a debut. Now, Ukranian black metal band Drudkh are no newcomers. In fact, Eternal Turn of the Wheel is the mysterious band's ninth album and most of its members have been making furiously bleak music since the mid-'90s. But here, the album title repeats a song title from Drudkh's 2003 debut, Forgotten Lands, and, suddenly, a new song like "When Gods Leave Their Emerald Halls" takes on cyclical meaning. 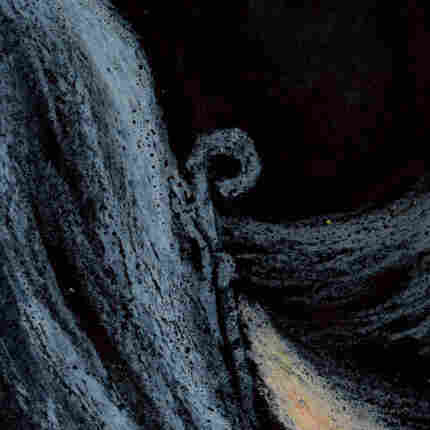 Artwork for Drudkh's Eternal Turn of the Wheel. Courtesy of the artist hide caption 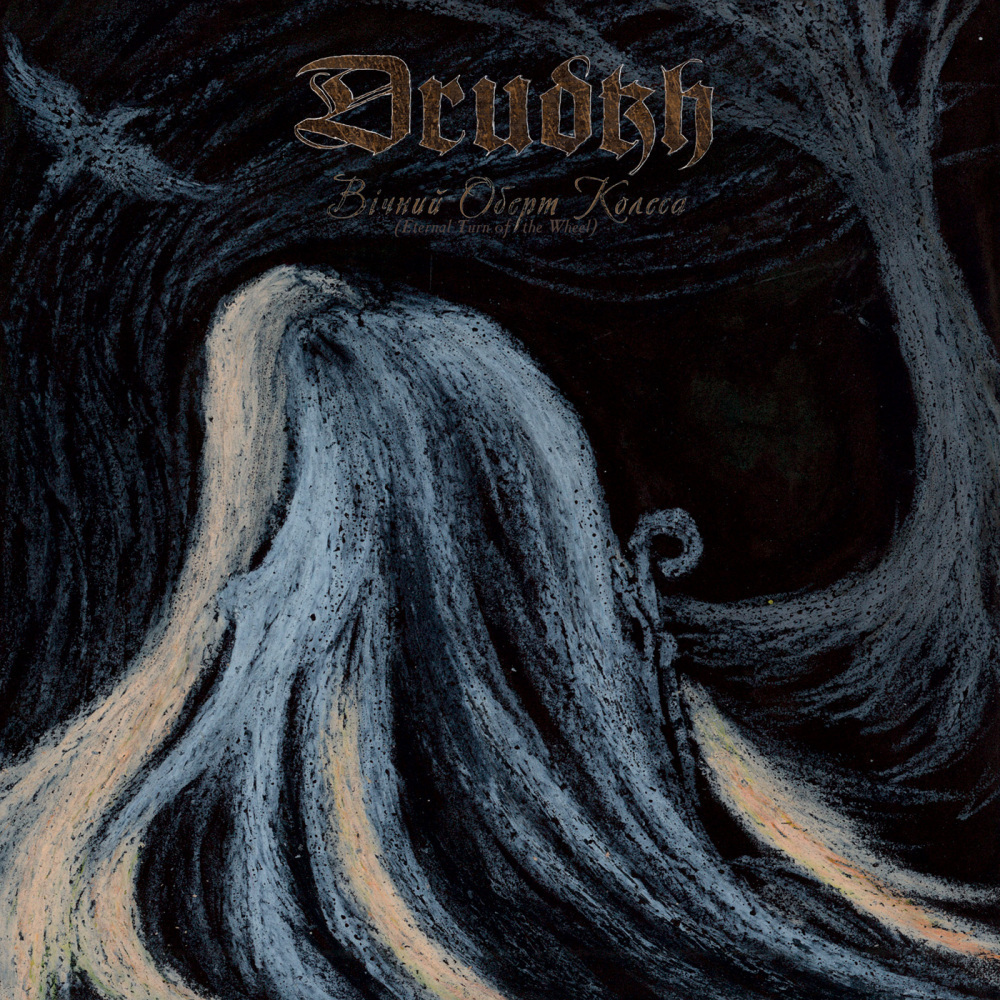 Artwork for Drudkh's Eternal Turn of the Wheel.

When Gods Leave Their Emerald Halls

Eternal Turn of the Wheel comes out Feb 24 on Season of Mist.

In hindsight, the old song "Eternal Turn of the Wheel" was a simplistic and somewhat directionless track, but in the midst of Drudkh's tremolo-picked Burzum worship, a savage, vernal introspection lurks below the tree line (that's a pun, by the way — Drudkh means "wood" in Sanskrit). It's a song about nature, about the return of seasons: "Every tree that falls in hate, every stream that swallows the day / Every year that flows cyclelessly, every day flows so better."

So is Drudkh's new album, Eternal Turn of the Wheel, a return to a previous season? Well, on 2010's Handful of Stars, the sometimes questionable sidestep into dreamy post-rock is all but gone. "When Gods Leave Their Emerald Halls" is the kind of blast-beaten, atmospheric, gloomy synth-laden black metal that speeds through grey forests on a pack of wolves. Oh, but wait, there's another key lyric to the original "Eternal Turn of the Wheel": "Every winter there's a different sky." The pensive, clean guitar breakaway at 6:35 is straight-up late '90s emo and methinks that Alcest and Amesoeurs' shoegaze/post-punk/black metal mastermind Neige has rubbed off on Drudkh since their Old Silver Key side project. This is sure to infuriate the defenders of the "tr00" black metal sound, but seasons change.