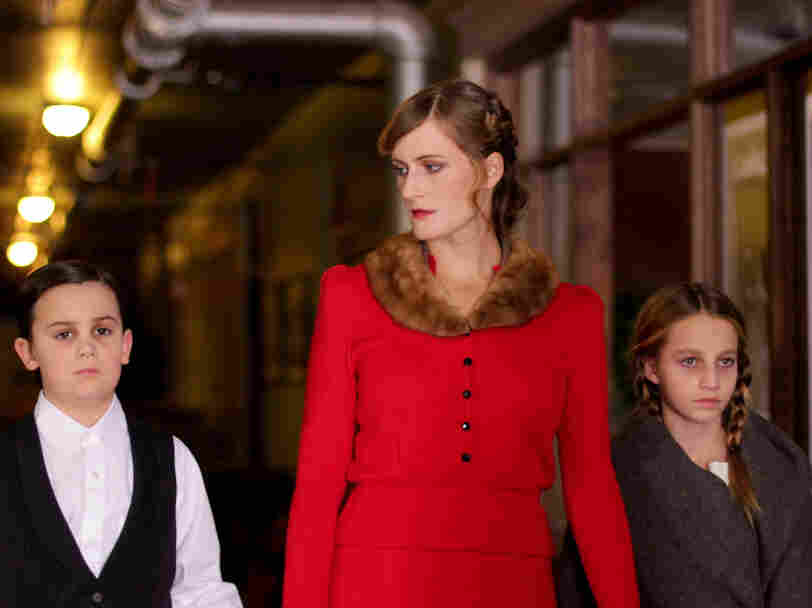 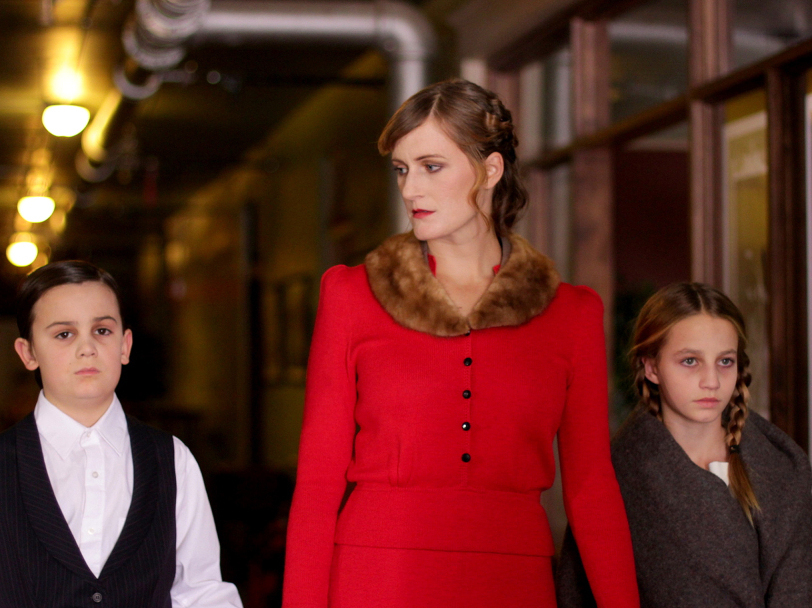 Here at NPR we've been singing the praises of Laura Gibson's new album, La Grande, for a while now. It's a beautiful, complex piece of work that often veers into wonderfully haunting territory. The video for the album's title track matches that emotional tone expertly.

Though "La Grande" is a dark song, Gibson's voice rings out clear and strong. She's the spark of life among the "ghost winds" and "bone-white clay." Even as her backing singers whisper veiled threats and unnerving sounds emanate from a crackling old radio, she remains confident. Her warmth mixes well with the dark moans and brooding strings to create of mix of the beautiful and the dark.

For the video, director Alicia J. Rose cuts a strong slice of classic American Gothic to tell the dark tale of a woman (played by Gibson) who's either going mad or seeing ghosts. It feels strongly like the Coen brothers' version of True Grit — elegant, well-structured, and replete in Western imagery. Like the song itself, Gibson stands as the warmth in the video's cold world — her red dress brightening up the blacks and greys around her. It's a treat for the eyes even as the images send a slight chill climb up your spine.

"La Grande" director Rose described to us how the video's setting inspired the story:

I wanted to make a video for "La Grande" that was both spectral and romantic, with a Hitchcockian otherworldly feel. When I first listened to the track, I instinctively felt the story of lost spirits caught in a forgotten place. When I asked Laura what her inspiration was behind the song, and she told me she wrote it during a stay in the newly reopened — almost 200-year-old — Hot Lake Hotel in La Grande, Oregon, I started doing research about the place and fell madly in love. It's a hidden but sprawling old hotel with a steam-billowing 208-degree natural hot lake on the property. The opportunity to shoot the entire video there went far beyond kismet — it had never been captured on film — so the place itself as well as its history served as powerful characters in our story.

Laura Gibson told us through email of her experience visiting and then filming in the Hot Lake Hotel:

I first learned of the hotel while researching historic train wrecks in Oregon (apparently, years ago in the early days of the railroad, there was a train wreck right in front of the hotel). Most of the imagery I used in the song came from that trip. The hotel was being restored at the time, so I wasn't able to stay there. I was struck by all of the different incarnations it's had over the years, as a Native American healing place, a hospital, a sanitarium, and after it was abandoned — a recognized ghost hunting landmark and a high school party spot, and eventually a hotel.

While brainstorming ideas for the video, I told Alicia about my visit to the Hot Lake Hotel and it's importance in that song — and the concept arose naturally from our discussion. I told her I'd love something that looked like a 1950's/1960's Hitchcock film.

We were so lucky to film there at the Hot lake Hotel! The owners were kind enough to let us take over the third floor for two days. We had about twenty people in the cast and crew, and spent that night between shooting running through the halls, listening to the loud howling wind, peeking into corners, searching for ghosts. It was the night of the lunar eclipse, when the moon was glowing red. I did not see a single ghost.

Alicia did a beautiful job. I like to think it turned out as a cross between Mary Poppins and The Shining.

Oh! My nephew Asher is the little boy! The kids were such pros.