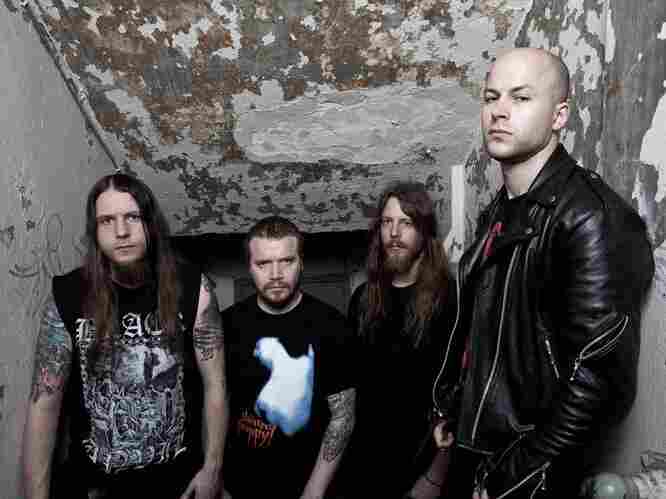 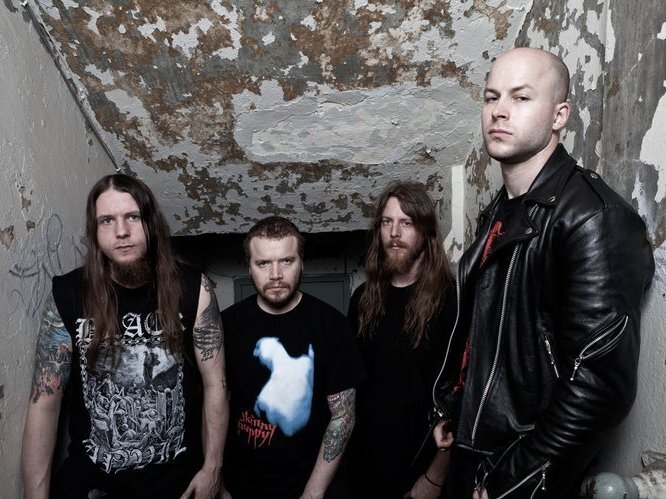 I love an evil-looking record cover as much as the next guy, and can appreciate a good schtick, but I sometimes wonder what's really being communicated in the whole package. With Pervertor, the members of Lord Mantis are not simply paying lip service to blasphemy — this is wretched bile pounding away at your insides, perhaps best heard (experienced?) in "At the Mouth." 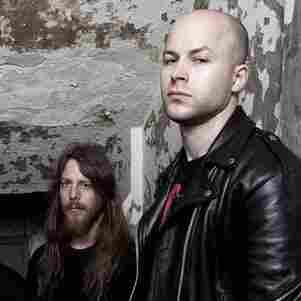 Listen: Lord Mantis, 'At The Mouth'

"At the Mouth" comes from several places at once: Swarming blast beats invade a Neurosis-style galloping rhythm section, a perverted sense of melody reigns in the metallic chaos of early Today Is the Day and, at 1:27, those raspy screams give new meaning to "sick vocals." But the track also heaves with moments of woozy guitar fractals, making Lord Mantis much more than just a "blackened sludge metal" band.

Guitarist Andrew Markuszewski has much to do with the "more sludgier and mechanical odd-time-signature s---," which makes sense given his time in the hard-to-pin-down black metal band Nachtmystium, as well as his own one-man band Avichi. In an email interview, Markuszewski not only talks about his role on Lord Mantis' second album, but also describes what evil means to the band.

NPR: What role does blasphemy and perversion take in Lord Mantis?

AM: You'll find blasphemy and perversion in various states of practice in every member of this band. Pervertor comes straight from our beating black hearts. While I won't exactly go into specifics on what each of us does in our lives to communicate evil, if you listen to the music and read the lyrics — understand that we practice what we preach, for the most part. I mean, none of us have committed the act of murder on a physical level, yet, but everyone in the band has realized that evil eye in them. Bill [Bumgardner] hates everyone, for the most part. Charlie [Fell] is one demented and twisted soul. He's probably the last guy you'd want to be at the mercy of. He actually bit me in the leg once. I still have a scar. Granted, I did teabag him while he was in a straitjacket, though. Greg [Gomer] is dating an intense and professional dominatrix. I'm a blasphemous and hedonistic monk.

NPR: Who did the gruesome pen-and-ink for Pervertor's cover? What does it bring to the album?

AM: Justin Bartlett is the man. We wanted to work with someone none of us knew. [Producer] Sanford Parker recommended him, and after looking over his portfolio, I obviously knew straight away he was the man for the job. After he looked us over in turn, he was all about it. The result is obviously dead on. The artwork coincides perfectly with what the record communicates and also amplifies it. In a word: sick.

NPR: Lord Mantis' last record, Spawning the Nephilim, did not let up. And I'd almost say the same of Pervertor, but there are hummable hooks amidst the barrage, especially in "At the Mouth." But "At the Mouth" is also one of the most structurally fascinating tracks I've heard in a while. What pushed Lord Mantis to seek out a different way to write songs?

AM: It all just came about naturally. I joined the band after most of Spawning the Nephilim was written, so I didn't compose too much on that record. Originally, they just wanted someone to help them out on the record with guitar overdubs and s--- like that. I quickly became a full-time member, though. As for Pervertor, things changed, and I had an enormous part in writing and composing for that record. I sort of "brought the darkness" to their sound. An interesting note is many of the fast black metal styled riffs were also written by Charlie [Fell], while I contributed more heavily to the more sludgier and mechanical odd-time-signature s---. Charlie quickly obtained a heavy understanding of black metal playing drums for me in Avichi, as well as playing for Nachtmystium. But that's how things intermesh and new sounds in music are created. People are thrown into a different element, and they just go to work. In addition, we would not have the sound we have without Bill [Bumgarnder]'s unorthodox playing of his drum arrangements.

NPR: How does the city of Chicago influence Lord Mantis?

AM: Chicago has influenced the band in positive and negative ways. For the longest time, we were s--- upon by everyone because no one could understand what we were playing. It was hard to go out and play shows because it was like, "Who the f--- are these guys and what the hell are they playing?" The death metal crowd didn't understand us. The hipsters hated us. Obviously, we are not traditional black metal, so neither did that crowd take much of a liking to us. But we always said, "F--- them all. Let's just continue building upon our own sound and bide our time. People will eventually come around." I think people are finally starting to. There have been the few fans from the beginning, but now — especially with this new record — we're starting to get a real proper following. Attention has been granted. This isn't a band that follows trends. We destroy them.

NPR: You also mastermind the black metal band Avichi. What do these two groups accomplish for you creatively? Does working in a traditional band setting with Lord Mantis challenge your solo work in Avichi?

AM: It challenges what I do in Avichi and vice versa. I am constantly growing and expanding as a musician. Playing with others and in a different medium challenges me creatively, and I learn and discover things in the spheres of music which then become a part of me. Nevertheless, I know how to write in the spirit of the band I play in.