Note: This is a recurring series in which we ask our unimaginably young interns to review classic albums they've never heard before. Dan Raby is the latest intern for All Songs Considered. 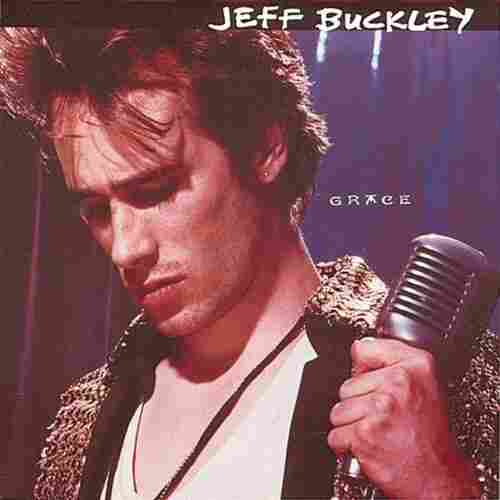 The first time I heard "Hallelujah" was in the summer of 2001. I was in middle school, didn't know anything about music, and was watching the animated movie Shrek. That first experience firmly shaped my associations with the song. Try as I might now it's impossible to disassociate the poetic tale from the context of Eddie Murphy's Donkey wandering around an abandoned castle looking sad.

Before you say anything, I know that the version of "Hallelujah" was done by John Cale and that the song was written by Leonard Cohen. That said, "Hallelujah" is a Jeff Buckley song first and foremost. The majority of covers – especially Wainwright's — stem from Buckley's version and not the dark, brooding Cohen original. Cohen made a personal song, his own private struggle with faith and love. Buckley's takes the concept and turns it universal. He draws out every little dramatic up and down to theatrical heights. He made the blueprint that every person with a guitar, a dream and a full string section could follow to leave people watching in tears.

This article isn't just about "Hallelujah" though, it's about Jeff Buckley's Grace and I need to be able to put my Shrek issues away and dig deep into the rest of the album. That's a difficult task because there's no great foothold into the album. Buckley remains a force that's hard for me to pin down. He quickly shifts from quiet ballads to blues to torch songs to quintessential 90s alt-rock. It left me playing catch up. I would enjoy the poppier "Last Goodbye" Buckley and then have to adjust to "Lilac Wine" chilly lounge Buckley with little transition time.

Since the musical styles were abruptly shifting, I focused on the one thing that was constant for the entire album, Buckley's voice. After only hearing "Hallelujah" I was surprised how dramatic he makes every song. He stretches emotions to their breaking point. It feels almost that Buckley was designed for theater rather than pop music. He would be perfect as a brooding Phantom of the Opera or Les Miserables' heroic Jean Valjean. There's no doubt that Jeff Buckley was a talented musician and singer, and I enjoyed almost all of the songs (the titular track was a personal favorite). As an album, however, Grace left me feeling distant — never able to personally connect with the man behind the songs.

Yesterday I discussed my misgivings about Grace with a friend who loves the album and will probably send me three angry emails thanks to this article. She argued that what made Buckley so special was his place in time. In a time when music was getting dirty and, dare I say, "grungy," his music was clean and fresh. He was emotional without being sarcastic or ironic. Looking at Grace for the first time in 2012, at a time when bands like the Arcade Fire and performers like Lady Gaga have made the theatrical an everyday occurrence, Buckley doesn't stand out for me like he would have in 1994. Maybe one day, when music tastes have shifted again and Buckley's influence on current artists isn't as prominent, I'll go back to Grace and see something entirely new.

This article originally attributed the Shrek version of "Hallelujah" to Rufus Wainwright. It was John Cale.