For The Open Road: The Gunn-Truscinski Duo's Expanded Americana

For The Open Road: The Gunn-Truscinski Duo's Expanded Americana

As winter thaws early for some of us on the east coast, my mind turns to the road. Motorhead and Harvey Milk's The Pleaser are never far away from a screaming-down-the-highway roadtrip playlist, but sometimes you just want to jut an arm out the window, leisurely sip on a Coke and let the landscape feed into the one-screen cinema of the mind. And when it comes down to it, the second Gunn-Truscinski Duo record, Ocean Parkway, takes in the expanse of the American open road with the hypnotic thudding groove of rubber hitting cement. 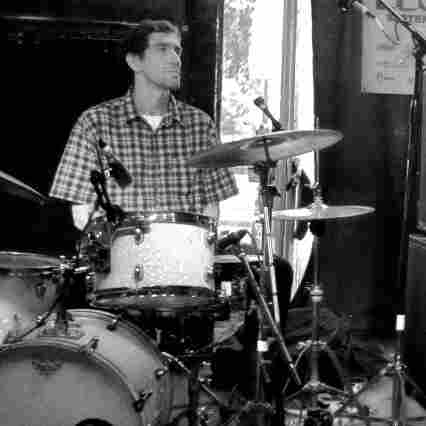 The title track's opening drones like an Indian raga, but there's a tension in both Steve Gunn's finger-picked, hypnotic electric guitar and in John Truscinski's busy percussion, fumbling through the dark like a weary traveler an hour before daybreak. It takes three minutes to wander, but when the duo hits the downbeat, the sun begins to rise and suddenly the highway opens up with a breezy blues twang.

While the Gunn-Truscinski Duo takes its cues from American traditions (blues, folk, jazz) and psychedelic- and country-rock, strains of Indian raga and Indonesian gamelan stretch the music further. This is modal blues with Gunn building upon a root note to improvise as Truscinski both swings and strays from the beat like jazz drummer sitting in with Jefferson Airplane.

I interviewed guitarist Steve Gunn only last fall, so it was only fitting that I talk to the dude behind the kit: John Truscinski. We ended up talking about a wide variety of topics, like digging into old Smithsonian Folkways records and the influence of Sandy Bull and Sunny Murray. I also prodded him about the secret language of drummers.

JT: Well, it's very involved. Much different. A whole different set of rules you've got to follow.

NPR: That was actually going to be my question. I've played guitar, sung and fooled around on the piano. And I have a little bit of knowledge and ability on drums, but is there a secret language only drummers know?

JT: Uh, I don't know. I don't know if I'd be able to pinpoint a secret language. It's definitely just about having rhythm. There's definitely a lot of people who don't necessarily play drums that have a very distinctive rhythm, and I think everyone has like their own kind of take on it, whether you're a drummer or not.

I always tried to play guitar like a drummer and play drums like a guitar player, in a weird sort of way.

Drummers definitely check each other out, though. They're always watching to see what the other drummer's doing. So there's always a little bit of that, but there isn't anything secret that drummers are holding onto that other people who play music don't understand. It's just about rhythm, I think.

NPR: I knew that was kind of a big question. I was just curious if anybody had a grand answer.

JT: Somebody might, but it's not going to be me.

NPR: Continuing on that train of thought — your drumming is so musical and kind of gets at the ideas that someone like Max Roach practiced and preached. Have you always gravitated toward this more musical drumming style?

JT: Well, I always played guitar, too. When I started out playing drums, I kind of picked up guitar at the same time and I always tried to play guitar like a drummer and play drums like a guitar player, in a weird sort of way. I think, not necessarily seeking to do that, but it just sort of came out that way. I always kind of got into trying to play melodies on the drums, and hearing the drums melodically. So I think I kind of gravitated toward percussive sounds that maybe have a little bit of melodic potential in them — like more open sounding drums and cymbals, and bells, and metal — and getting into the melodic quality of metal sounds, as well. But I think it comes from just being a guitar player in the past and just sort of getting on the drums and wanting to hear something melodic.

NPR: Do you have any particular drummers or guitarists that sort of represent where you are today as a drummer?

JT: Well, definitely had plenty of influences, both with people I've played with and people I've just listened to. I've always kind of liked the way Sunny Murray sort of approached the drums. He always struck me as having this sort of melodic sound, not so much about the attack of the drums as it is the tone of the drums, and just sort of creating this cacophony of sound that isn't necessarily based on sticking with this one rhythm attack.

But there's a ton of drummers I've been influenced by, even just my friend that I did a drum duo with — this guy Jake Meginsky from Western Mass, and he was always an influence. [Ed.: The name of the duo is Slaughterhouse Percussion.] But you know, all kinds of people. I could give you a long list, if you want.

NPR: I not only hear quite a bit of a jazz element to your playing, but definitely more of an Indian and gamelan thing as well.

JT: Yeah, definitely. I've always been interested in that. I think where I'm at right now with my playing kind of had its origins about ten years ago when there was a period when I lived up in western Massachusetts and I was playing a lot with a particular group of people, and we were really picking up a lot of records --

NPR: What kind of records?

JT: Just picking up a lot of, you know, somebody would come in with this crazy Folkways record from the library — I think Golden Rain was one of those records, that's a famous gamelan record. So we were always really into hearing stuff from all over, whether it was India or Bali or Ethiopia. I never set out to play like that, and I never thought I would be able to replicate that stuff, but I think it sort of worked its way into my playing over the years, just wanting to hear certain tones. That's definitely something with gamelan, the drumming in that music is so melodic — that's definitely something I've always loved about it.

NPR: You have quite a telepathic relationship with Steve Gunn — y'all know when to let the boogie ride, when to push it, when to scale way back. How much of your music is composed versus improvised?

JT: It's about probably half and half. I think that's one of the things we kind of like to play with with this project and one of the things that we just kind of developed after playing together for so long. I think we always start out with some kind of pieces or some kind of melody or even just a drum sound and then we try to see where it can go, see how many different places we can take that one element. It's nice to have some structures and it's nice to be able to break away from those structures if we feel like that's what we need to do at any given time. So it's not strictly improvisation or song structure. It's sort of a little bit of both.

NPR: Is it more of a groove?

JT: Yeah, I guess you could call it that. I remember when we first started out I would just kind of try to tell myself, "I'm just going to stick with these." I would just pick two drums or two sounds and just try to stick with those two things and see where we could take just that with that limitation. And that sort of branched out a little bit more, but I think we've kind of maintained that sort of spirit in everything we've done, in terms of finding a couple of things to hang on to and seeing how more expansive we can take that. I don't know if that makes any sense.

NPR: I think there's an interesting parallel between your duo and what Mick Flower and Chris Corsano are doing across the pond. And it can be traced back 40-some years I think, because the folk revival of the '60s and '70s kept American music pretty pure, but the Brits in bands like Fairport Convention injected Indian ragas into their songs. Both duos now take this approach, but you're far more loose and far more swinging. Is this because you guys listen to more Grateful Dead?

JT: [Laughs.] I don't know. I don't think it's because of the — I mean, the Dead, you could probably throw them in there as an influence for what we're doing. But in terms of a comparison to what Mick and Chris do, I don't know, it's hard to say. I think it's just different personalities coming out. I think what were doing is probably more song-based than what they do, and I think what they do is a little more strictly improvisation. So it has a different character to what we do, whereas I think we are kind of trying to work out some pieces and whether it has more of a groove or not, I'm not really sure. It's hard to compare it, I would say. At least I can't really compare it.

NPR: What I like about your duo with Steve Gunn is that it seems to be pushing American music forms further — it's taking American blues, honky-tonk, folk, and then saying, "What if we stretched these things out?" And that's what folks like John Fahey did, but this is more of kind of a loose rock context. It feels distinctly American, that's what it feels like.

JT: Yeah. We've definitely been — over the life of the duo, so far — we've been definitely been really focused in on listening to a lot of that stuff. I'm going to go ahead and give you a lot of stuff that's not American, which is funny, like Bert Jansch. When we first met we were listening to a lot of Sandy Bull, so I think of it maybe has to do with being influenced by that approach. I don't know — Magic Sam, a lot of stuff from Chicago and Memphis in the '50s and '60s I think was a big influence.

So I guess, yeah, it is sort of kind of playing around with the idea of trying to see if this music can go further, but I don't think we ever really set out to say that's what we wanted to do. I think we were just listening to a lot of that stuff and we played a ton while we were listening to it and this is what popped out. This is just the result of spending a lot of time together and committing to just playing together for a while and just work on this project. If it's taking American music further, then that's cool. I'm all for that.