Accessibility links
Hear The Beach Boys' Best New Song In 40 Years : All Songs Considered To mark the band's 50th anniversary, all of its surviving members have recorded a new album. The first single has all the harmony and sentiment that made The Beach Boys the sound of California in the 1960s. Wouldn't it be nice if all reunions sounded so good?

Hear "That's Why God Made The Radio," a new song by The Beach Boys 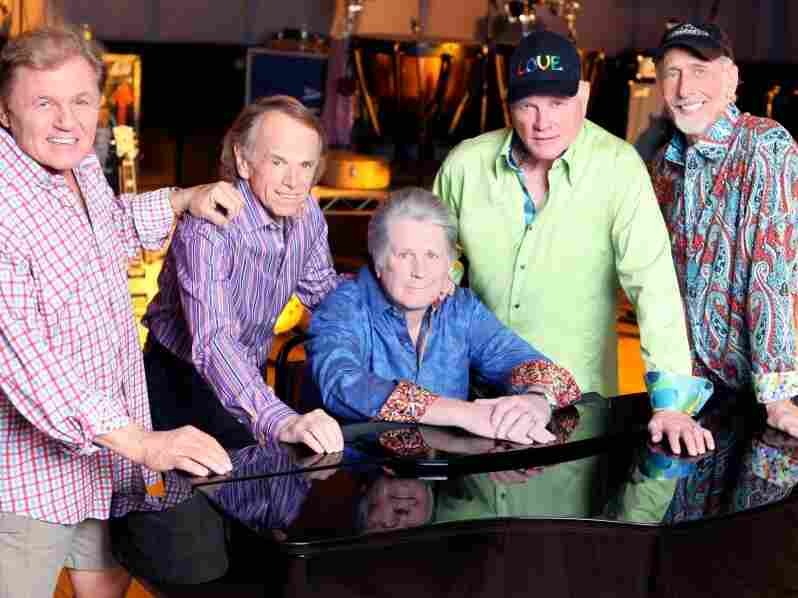 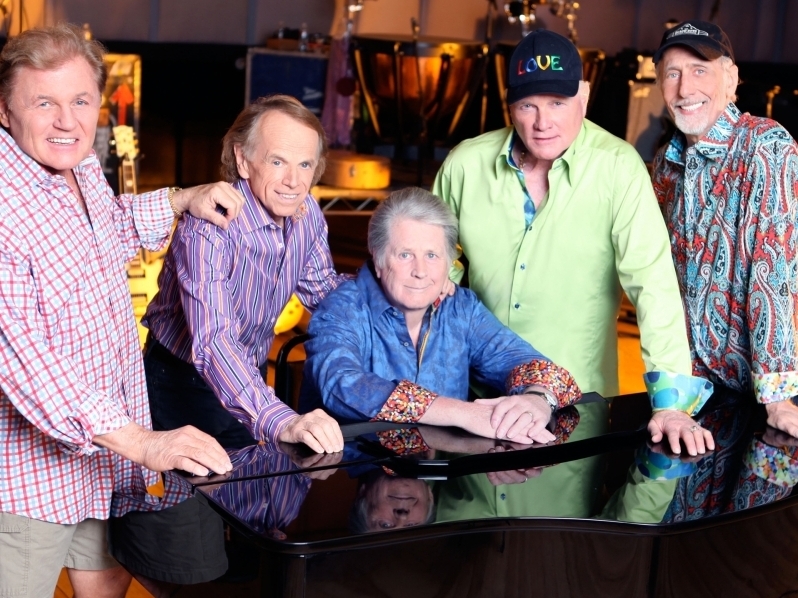 For their 50th year in music, The Beach Boys are getting together and heading out on the road. A cynic would think dollar signs motivated the reunion, but I bet they've not heard the group's new tune. "That's Why God Made The Radio" has the harmony and sentiment that defined the sound of California in the 1960s and — honestly, for anyone living outside this country — the sound of America itself.

Hear "That's Why God Made The Radio," a new song by The Beach Boys

All the surviving founding members of the band together in the studio again for the first time since 1996. Brian Wilson, Mike Love and Al Jardine, all original members, are joined by Bruce Johnston, who has been with the band since 1965, and David Marks, who was a neighbor of the Wilson family and first played with The Beach Boys in 1962. Original drummer Dennis Wilson died in 1983. Carl Wilson died in 1998.

There's more than just one song: A new album by the Beach Boys will be called That's Why God Made The Radio. It comes out June 5 on Capitol Records, the very same label that released the band's very first album, Surfin' Safari, in 1962.

In a press release, guitarist Al Jardine says, "We've come full circle ... I can especially feel it when we're all singing around the mic together, because we all hear each other and we really lock in."

If you're lucky, you can hear The Beach Boys on tour — the band began a world tour for their 50th anniversary last night in Tucson, performing an astonishing 42 songs!