Accessibility links
Old Music Tuesday: Queen : All Songs Considered Where have all the flamboyant men in rock gone? A quick look at Queen on this week's Old Music Tuesday. 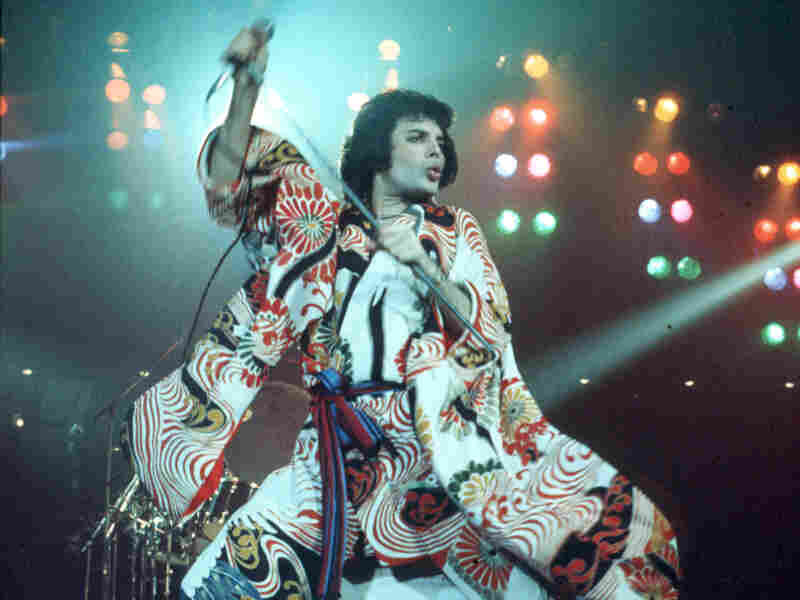 Few flamboyant men fill the stages at shows I go to these days. One exception: fun. We webcast that band's show from the 9:30 Club last week and though lead singer Nate Ruess was no Freddie Mercury, he did have great talent and that charisma Mercury had when I saw Queen in the mid-seventies. In fact, Ruess also has a bit of Mercury's throaty voice and style.

The glam rock of the 1970s made for some astonishing concerts. Perhaps dressing up and putting on makeup was cheaper than flashy tech, though both would eventually find a home together. So for many reasons, including musically, fun. got me thinking about Queen and what a phenomenon they were as a band with Mercury in command. So for this Old Music Tuesday let's listen to a bit of Queen.

This is from their later years. Not so much glam as sheer command and an astonishing presence. This 1985 concert at Wembley Stadium, for Live Aid, was seen by 1.9 billion people on TV and 72,000 at the event. And though Queen played a lot of huge venues, the reaction during "Radio Ga Ga" was something the band had never seen before.

By the way, there's a wonderful feature on Freddie Mercury, part of a series we did called '50 Great Voices'. Take a few minutes to discover a bit more about Mercury than you already might know.

Here are some other Old Music Tuesdays.