I Just Deleted All My Music

I Just Deleted All My Music 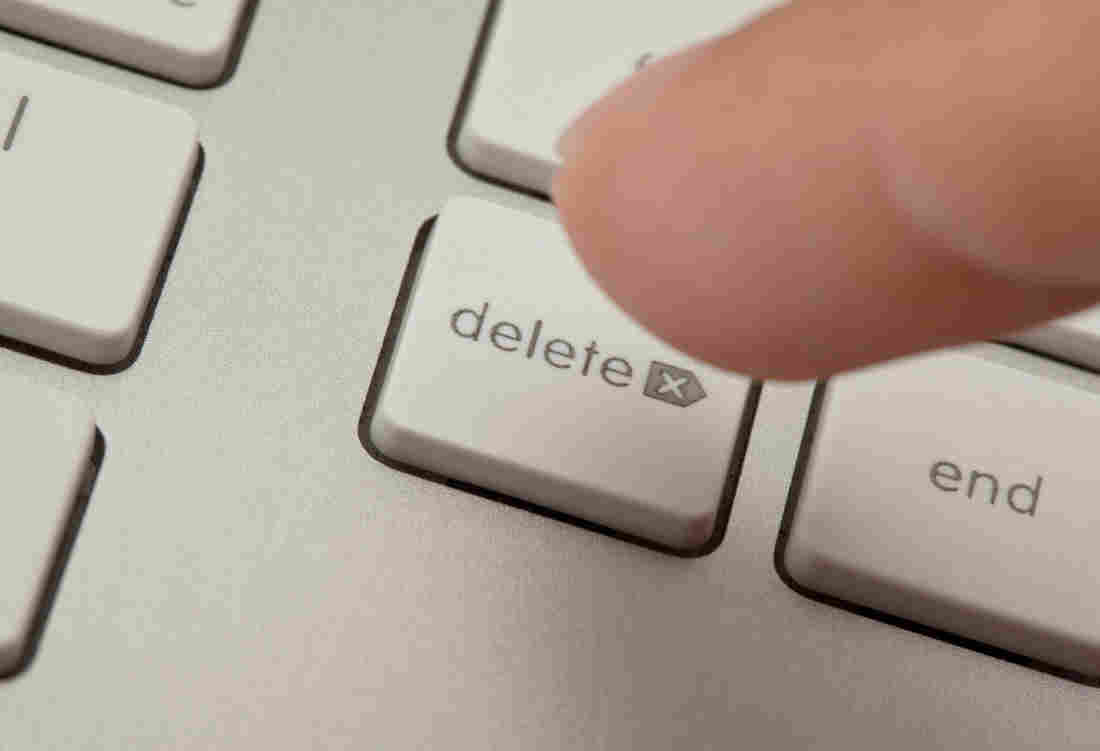 Bob Boilen had more than 25,000 songs stored on his laptop's hard drive. Now there are none. iStockphoto.com hide caption

I just deleted over 25,000 songs from my iTunes library. I am going to trust in the cloud, where my library now lives. I'm a bit scared, but I backed everything up, took a deep breath and stepped into the future.

Abandoning the way I've come to listen to music over the last decade feels like a big experiment, but in some ways, the decision was a long time coming. I've been close to maxing out the hard drive space on my laptop for a while, and in a single day this week, I reclaimed nearly 200 gigabytes.

I'm using iTunes Match, Apple's cloud-based service. Before I deleted the songs, the service scanned my music library, "matched" all the music that is available in the iTunes store, and uploaded what isn't. Now, my entire library is accessible from anywhere I can get a wireless Internet or cell phone signal. Another benefit: since I used to rip my music at 128kbps, much of my "library" now sounds better, since Apple's songs are encoded at 256kbps. It doesn't matter if the original was purchased from Amazon's mp3 store, ripped from a CD, downloaded from a friend or obtained illegally — I now have a legit 256kbps version. (It sounds great on my stereo, my phone and in my car, if you're wondering.)

For those songs that aren't in the iTunes store, you hear the exact same file you uploaded. And no matter whether it was in the iTunes store, each song's metadata, album art, song ratings and comments you may have written in stay attached to the version you stream from the cloud.

As I said, this is an experiment for me and I'll keep you posted on how it works out. My collection of LPs is around a thousand. I have about 2,500 CDs. Listening to my digital collection would take 76 days. These days, most people aren't filling up walls with albums and CDs, maybe a small stack of special vinyl. For many, the library of the future looks something like Spotify — nearly everything you could imagine, delivered with little effort, like an old AM radio signal into your home or car, but with much better sound.

I'll miss the physical, the tangible, but that's been feeling like a thing of the past anyway ... I still miss liner notes, still wish digital would have more information to read while I'm listening and not sure why we haven't all kicked up a bigger fuss about that. Streaming my collection or curating a playlist or a few dozen playlists and having knowing they'll be there when you go to listen is an issue of trust. Right now, I feel like trusting.