Wye Oak Heads Down A Sinister Side Road In 'Spiral'

Wye Oak Heads Down A Sinister Side Road In 'Spiral' 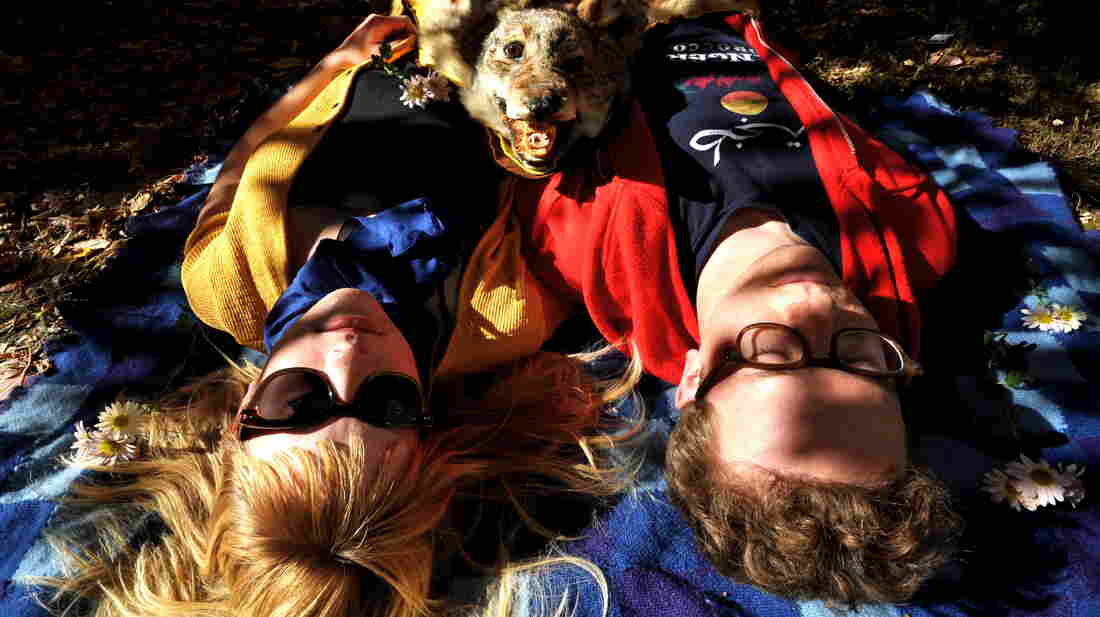 Wye Oak's Jenn Wasner and Andy Stack combine to form a huge-sounding, full-blooded rock band, with the former blustering epically on guitar and the latter multitasking on drums and keyboards. Moody and portentous, the Baltimore duo's songs billow menacingly when they're not booming majestically, aided and shrouded by Wasner's enigmatic mumble.

But that's just the story on Wye Oak's studio albums, like the stunning Civilian, and that record came out more than a year ago. When the band isn't touring — Wye Oak is about to spend a month on the road opening for Dirty Projectors — its members have kept plenty busy with side projects. Wasner, for example, has made solo music as Flock of Dimes and recorded guest spots with friends like Sharon Van Etten, Future Islands and others. But Wye Oak's new "Spiral," recorded and released as a one-off for a series of singles released by the Cartoon Network offshoot Adult Swim, moves down the band's unlikeliest side road yet.

Virtually everything about "Spiral" departs from Wye Oak's sound: the programmed beats, the clean guitar tones, the echo effects on Wasner's vocal, the chugging pace. For fans of Civilian, it might be a jarring departure, but "Spiral" is a grower — all the more sinister for the surprises it doles out.

Here's Wasner, writing about the song:

This track was written specifically for this Adult Swim series, but they didn't provide any thematic or sonic guidance for the song. A lot of the music I had been working on independently at the time sounded something like this — so I felt like the Adult Swim opportunity was, as a standalone track, a great opportunity to experiment with some of these new sonic and rhythmic ideas in a low-pressure context. The song revolves around the idea of repetition and rhythmic interplay — parts that are fairly minimalist and circular that come together to form an almost hypnotic wash. I wrote this song while living at the Soft House (a warehouse space in the Copycat building in Baltimore), and my roommate across the hall, Rod Hamilton, practiced marimba and vibraphone often.

As I was writing the track, it occurred to me that the marimba loops I had heard him practicing were a perfect fit — perhaps they had settled in my unconscious all along? — and we were very grateful that he was willing to contribute to this overall effect. Overall, this song is purposely catchy, but also (to me, at least) dark and menacing. It's about going around in circles, feeling trapped by the momentum of bad decisions, being funneled into a negative feedback loop until you, like the song, eventually fall apart.

Starting Monday at 1 p.m. ET, "Spiral" will be available for free download at the Adult Swim website.