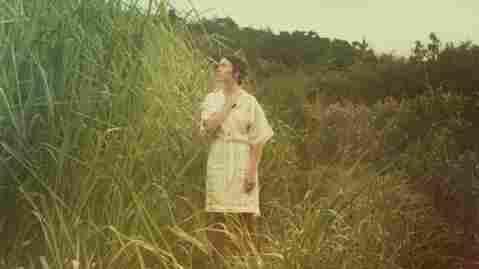 If you don't know Taken by Trees, the solo project of Swedish singer Victoria Bergsman, then perhaps you're new to All Songs Considered. In 2009, Taken by Trees' made my year end top 10 list and then seemed to vanish. The album, East of Eden, was made in Pakistan but embodied American popular music in the way only a Scandinavian could do (as in so many cases, that meant "better"). 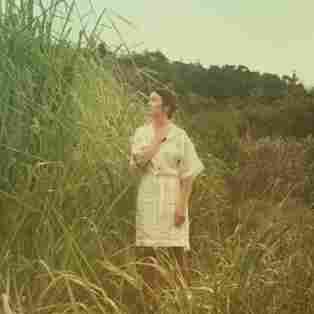 Listen to 'Dreams' by Taken By Trees

Finally, the voice you may have fallen for in the song "Young Folks," by Peter Bjorn and John, and as a member of The Concretes has a new album coming out. It's called Other Worlds and we have this song, called "Dreams." This record was also inspired by Victoria's travels, this time to Hawaii.

"I hardly remember my dreams these days. Sometimes, if I am lucky and I wake up very late, I find a thin film of another time or another life. I try so desperately capture this residue of a dream that it quickly fades.

"But the kind of dream I am referring to in this song is more like a sense of longing, a vision of a place where things are quiet, like floating in the ocean off of Hawaii. I find that very hard, feeling at peace, feeling that things are OK just as they are. In the past I always feared that calm would lead to laziness, but now I see it more as a strength, something I want to achieve. The album is very much about that ... and about finding love. It's a feel good album."

"Dreams" will be available to preorder as a 12" single here. Other Worlds will be out Oct. 2 on Secretly Canadian.