Accessibility links
You've Never Heard Public Enemy's 'It Takes A Nation Of Millions To Hold Us Back'?! : All Songs Considered A young hip-hop fan finally listens to a classic album that's four years older than he is.

You've Never Heard Public Enemy's 'It Takes A Nation Of Millions To Hold Us Back'?!

You've Never Heard Public Enemy's 'It Takes A Nation Of Millions To Hold Us Back'?!

Note: This is a recurring series in which we ask our unimaginably young interns to review classic albums they've never heard before. Austin Cooper is an intern for NPR Music. Public Enemy have a brand new album, Most of My Heroes Still Don't Appear on No Stamp, out today on iTunes. 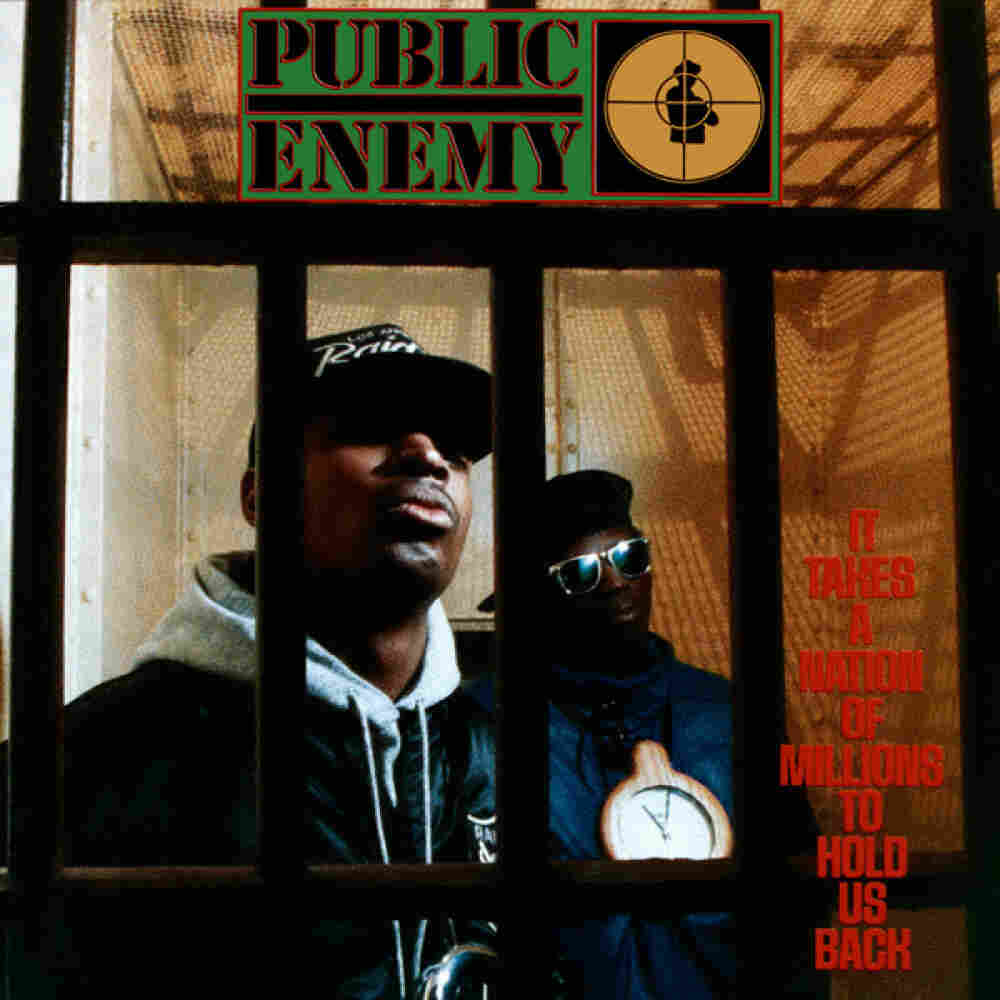 I was 9 years old when I first heard Public Enemy.

Actually, it wasn't exactly Public Enemy — it was Anthrax and Chuck D.'s version of "Bring The Noise," which appeared on the soundtrack of one of my favorite video games, Tony Hawk's Pro Skater 2.

And although I can now credit Chuck D. for fueling late nights of virtual skateboarding, our relationship was at first anonymous. As a kid, I had no idea who he, Flavor Flav or Public Enemy were — nor did I know anything about the genre they played a key role in defining.

It's been a little more than 10 years since I put the PlayStation in the attic, but I'm still something of a hip-hop novice.

There are a slew of classic rap records I've heard of but never actually heard — like Eric B. and Rakim's Paid In Full, De La Soul's 3 Feet High and Rising and, yes, my no-longer-nameless childhood favorite, Public Enemy's It Takes a Nation of Millions to Hold Us Back.

There's at least one good reason I've never listened to any of those albums: The most recent of the bunch came out 3 years before I was even born! But this was the perfect opportunity to fix that, so — after polling my co-workers to determine the "most classic" of the three — I hunkered down at my laptop, pulled It Takes a Nation up on Spotify and put on my headphones.

Although my experience with hip-hop is definitely limited in scope, I'd still call myself a fan. I remember the first time I really cared about a rap song. It was the spring of 2010 and "Over" by Drake had just come out.

I couldn't imagine my senior year (yes, of high school) without that track. I still think it's incredible. His hook over that yappy guitar, the service-academy beat that drops shortly afterwards, the bells on the top-end — it's all so viscerally pleasing.

Ever since I fell for "Over," I've been following a post-millenial strain of atmospheric, producer-driven hip-hop pretty closely — Rick Ross' Maybach Music, 808s-era Kanye, the Scottish producers Hudson Mohawke and Rustie, The-Dream, AraabMuzik, Lunice, Clams Casino and more. I love it all.

But when "Don't Believe the Hype" comes on, I'm disoriented — I know I'm listening to one of the most acclaimed rap records of all time, but nothing grabs me and sucks me in. Chuck D.'s unvarnished vocals sit front and center in the mix, accompanied only by percussion that, to me, sounds thin and funk guitar samples that, frankly, I find cartoonish.

To me, Chuck D.'s legendary flow also comes across like a caricature. His syncopation strikes me as strange, foreign — and when he does reach for melody, like in the opening verses of "Night of the Living Baseheads," it ascends harshly like the bark of a drill sergeant. It's rough, rugged, built like a tank — and I'm coming at it expecting a Bentley.

I think it's telling that my favorite track on It Takes a Nation is "Show 'Em Whatcha Got," a short interlude with few lyrics. Absent is any narrative development; instead, faceless vocals crawl from beneath cobwebs of radio static and vinyl crackle to join Chuck D. and Flavor Flav's chopped chants to remind us that "freedom is a road seldom traveled by the multitudes."

"Show 'Em" is, in its own way, a pleasant surprise: its ambient, referential construction reminds me more of eerie, nocturnal electronic music perfect for post-club comedowns – like that of UK dubstep producer Burial – than mainstream contemporary hip-hop.

But Public Enemy and I are on the same page only briefly: immediately following "Show 'Em" is the alarmingly dated rap-rock fusion of "She Watch Channel Zero?!" I simply cannot get past the bizarre, jolting juxtaposition of bludgeoning, Metallica-style guitar riffs and Flavor Flav's ebullient rhymes. I find myself more inclined to laugh than dance.

As a whole, It Takes A Nation leaves me similarly perplexed. But what Public Enemy does offer me is the context to understand how much hip-hop — and I — have changed since our childhoods. Two years ago, I wouldn't have even thought to give It Takes A Nation a listen, much less spend weeks processing and writing about my reaction to it. 10 years ago, very few would have pointed to Toronto as a hub of hip-hop creativity.

Ultimately, I have no regrets leaving It Takes A Nation on what is now an entirely metaphorical shelf. I'll gladly say thank-you, but given the choice, I'm going to blast Drake's infectiously triumphant mp3s every time.