Accessibility links
Put Down The Camera And Watch The Show ... Really? : All Songs Considered What would you do if your favorite musician asked you to put away your cell phone during a concert? All Songs Considered's Bob Boilen ponders the new etiquette of technology and rock. 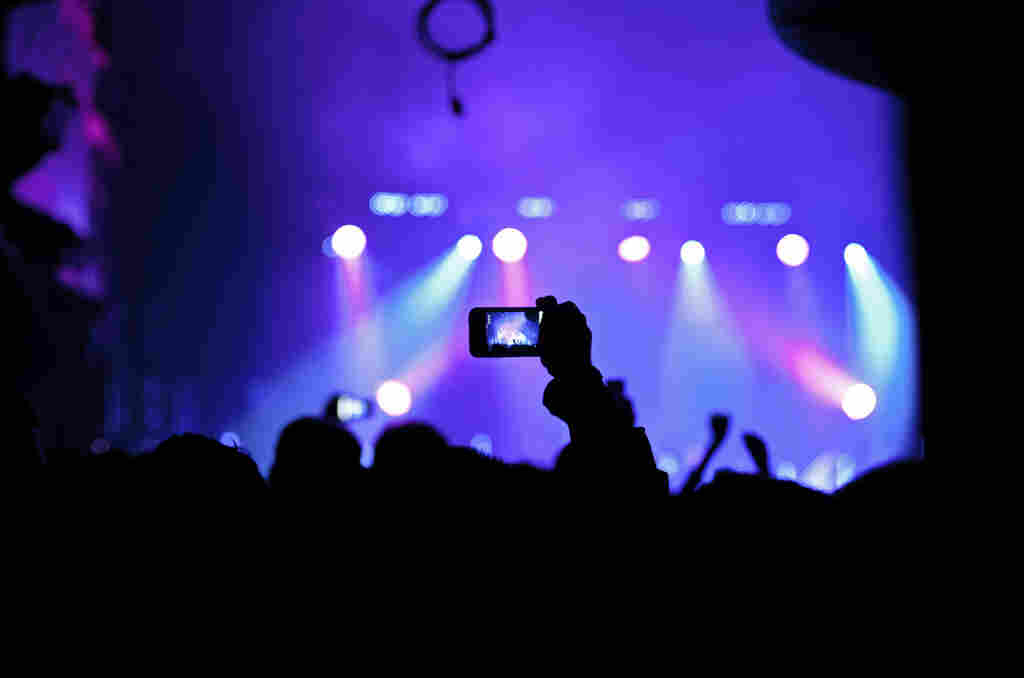 Concertgoers at Webster Hall in New York City during a show by M83 on Nov. 22, 2011. Loren Wohl for NPR hide caption 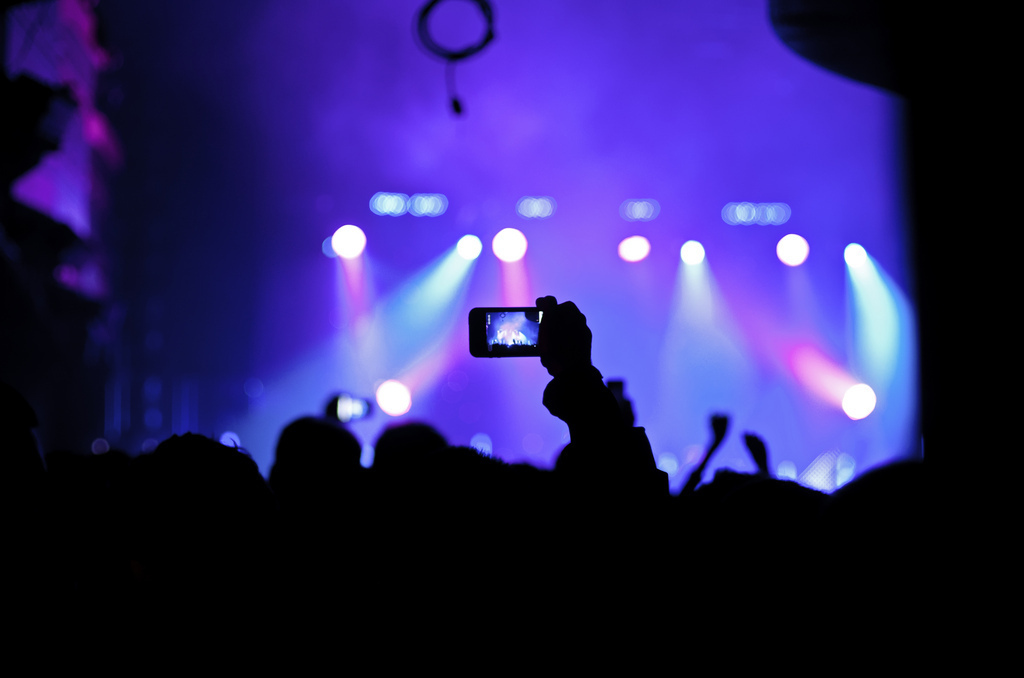 I try and see music as much as I can. I've been going to the 9:30 Club since it opened. In fact, I was in the first band to ever play the club. So when I walked in the front doors of the club to see an M. Ward show recently, I was surprised that I, along with everyone else getting their hand stamped, received the following marching orders: "Tonight, no photography or videos. Including cell phones."

When the kind folks at the door told me that, I thought to myself, "Really? At the 9:30 Club?" I put out a tweet on the @allsongs account that said "A ban on cell phone pictures and video @9:30Club for Lee Renaldo & M. Ward Seriously? Let's see how we all do with that."

I expected outrage at the evening's no photo policy, both from folks at the club and online. The fact is I saw quite the opposite. Few fans took out their cameras or cell phones during the show, and I'll summarize the many Twitter comments as, "If you're at the show, enjoy the show and quit getting distracted and distracting others." One of those tweets even came from Neko Case.

@allsongs @9 Just put the phone away and watch the show. That IS why he is traveling THOUSANDS of miles to play. @mwardtweeting

I understand that performers think of cameras as distractions. And the problem surely goes beyond just photos. I'm sure those bright screens can be a distraction to both performer and audience, but who has the chutzpah to tell an audience at a nightclub to turn off their phones?

But as passionate as Neko Case was in her tweet, I don't agree with her or the other tweets. The nature of a nightclub is that it's filled with plenty of distractions: clinking glasses, cappuccino machines, friends having fun with friends, plenty of chatter and so on. I'm not saying we should never ban cell phones at public venues. It makes sense during an intimate seated show, a quiet tune or a formal setting, but not a nightclub.

I want to take pictures and I want to text and tweet and Instagram. I can do two things at once. I can snap a photo, shoot a minute-long video, send out a tweet or two and still thoroughly enjoy the night. I'm conscious of others around me, I turn the brightness on my phone as dim as it can go, and never shoot video longer than a minute. The idea of being at a club or a public event, standing around and not being able to silently share seems almost old fashioned to me. In fact, I'm frankly more bothered by constant chatter by inattentive, uninterested, disengaged attendees than by a fan sharing a pic or texting a friend. A photo or a short video is a great way to share the passion now and relive the show years later. In fact, this year I'm trying to take a one-minute video of everything I see and will put something cool together.

In my opinion, there's a way to use your camera or cell phone at a show, but do it tastefully.